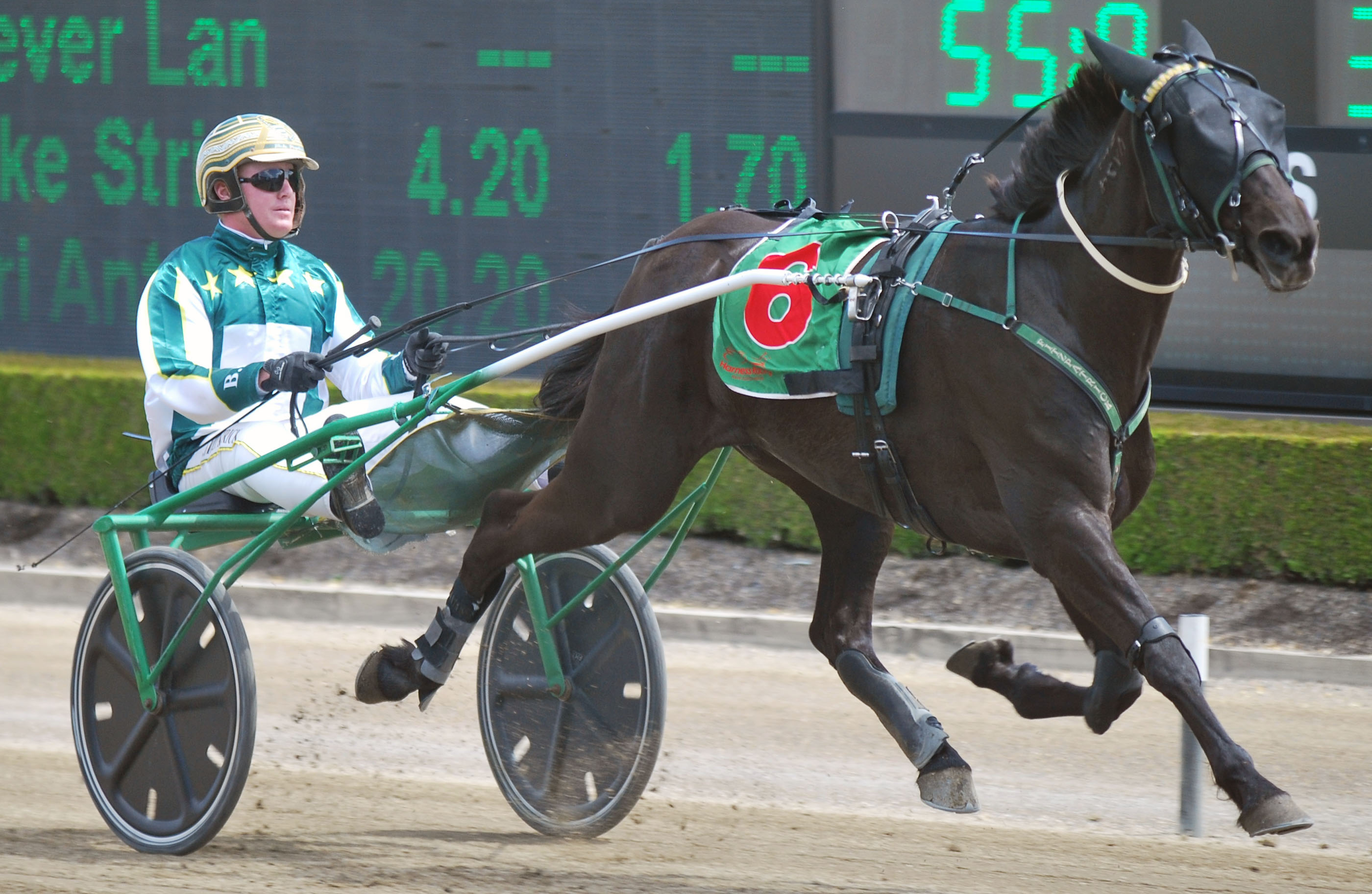 THE square-gaiters launch the action with a standing start affair in the opener of an eight-race card at Tabcorp @ Club Menangle today...

THE square-gaiters launch the action with a standing start affair in the opener of an eight-race card at Tabcorp @ Club Menangle today (Tuesday).

Paul Fitzpatrick’s Seven Secrets has not won for just over one year, but gets her chance to return to the winners’ circle today.

The four-year-old mare has turned in some recent, consistent performances with three consecutive third placings at the Menangle track.

KerryAnn Turner is in with a chance of adding a few winners to her total today.

One of those is Dashing Hannah, who looks hard to beat in the following race.

The three-year-old filly, a daughter of Courage Under Fire, could make the most of her inside draw and lead from start to finish.

The Fitzpatricks will be looking to win today at Menangle with Seven Secrets and Mistercool Sea Eyre. PHOTOS: Sean Cunningham

Blake Fitzpatrick’s Mistercool Sea Eyre looks a good chance in the third race, but the four-year-old gelding will have to be at his best to overcome his wide draw.

Turner enters Celestial Arden in the fourth race and he could prove difficult to run down.

Kleened Out could provide Turner with another winner in the fifth race, but the four-year-old might have to fight off the challenge of Craig Cross’ Village Creep to prevail.

Two New Zealand imports, Blake Fitzpatrick’s Cracka Star and KerryAnn Turner’s Our Quinn could have the sixth race in their grasp.

Our Quinn will make his Australian debut today while Cracka Star will have his fourth start at Menangle since arriving from New Zealand last month.

Turner holds a strong hand again with two runners in the seventh race.

My Guy Mac and Smokey Quartz both look good enough to at least run a place in this open race which includes several chances.

In the final race, Kevin Pizzuto must have confidence in his six-year-old gelding Jokers To The Right who is backing up from a victory at Menangle on Saturday.

The main dangers to halt a quick-fire win for Jokers To the Right include Shane Sanderson’s My Elusive Dream and Leon Jurd’s A Passion For Aces, however both will have to be at their best to overcome wide barrier draws.

The first race is scheduled to start at 1.33pm.