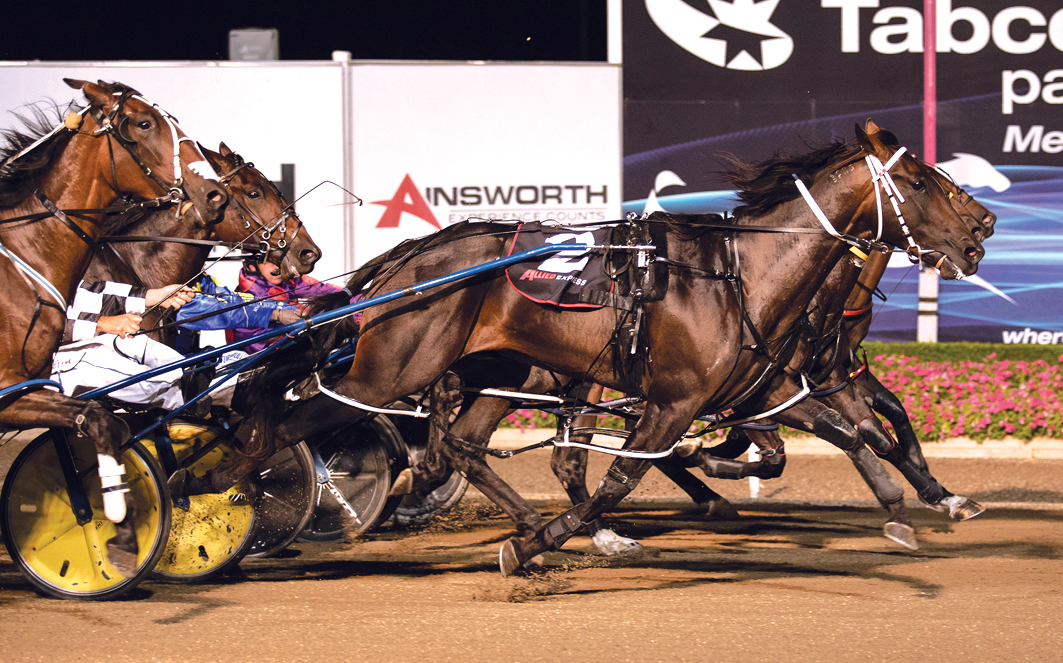 Five at the moment, but there can only be one!

AT THE moment there are five – but by the end of Friday night’s Bathurst Gold Crown there will only be one. In fact,...

AT THE moment there are five – but by the end of Friday night’s Bathurst Gold Crown there will only be one.

In fact, if a major upset occurs there may not be any!

Following last weekend’s heats a quintet of rising stars will head into the Group One Final with perfect records.

According to TAB Fixed Odds, Victorian raider Jilliby Nitro heads the pack despite drawing the outside of the front row.

Winner of his two starts, the Australian Pacing Gold purchase is a $1.75 favourite for trainer Marg Lee.

Also hailing south of the border after being purchased at an APG Sale, Mach Dan is on the second line of betting at $3.

Boasting two-from-two for co-trainers Lauren and Shane Tritton, Major Bob is on the third tier of betting at $9 from widest draw on the back line.

Next is Smooth Bath, which has won both his starts at Bathurst for astute mentor Steve Turnbull.

Another APG graduate, Smooth Bath is listed as a $9 shot from the pole.

The outsider of the ‘Fab Five’ is Mistery Road which is sitting at $10 after drawing barrier seven.

Triumphant in the Tatlow Memorial in Menangle a fortnight ago, Mistery Road has been impressive in his four outings for veteran trainer John Boserio.

With a Group Two already to his credit Mistery Road is capable of joining his famous relative as top shelf winner according to Boserio.

By Mr Feelgood from Ashuras Gold, the freshman is from the same family as duel Inter Dominion winner, Beautide.

“The draw is neither good or bad really,” Boserio said. “I’d rather not be out there, but it could be worse.

“He will go forward from there as there’s no point in going back. Hopefully he can get into a good position but that’s up to Anthony (Frisby, driver).

“I’ve had the chiropractor go over him again today and he said he is spot on…just keep doing what I’m doing.

Admitting he was impressed with Jilliby Nitro’s performance when rating 1:54.5 for the 1730-metre qualifier, Boserio still regards Mach Dan as the one to beat.

“Jilliby Nitro went pretty quickly but I reckon most of them can run such a time,” Boserio said. “I reckon Mach Dan is the one they all have to beat.”