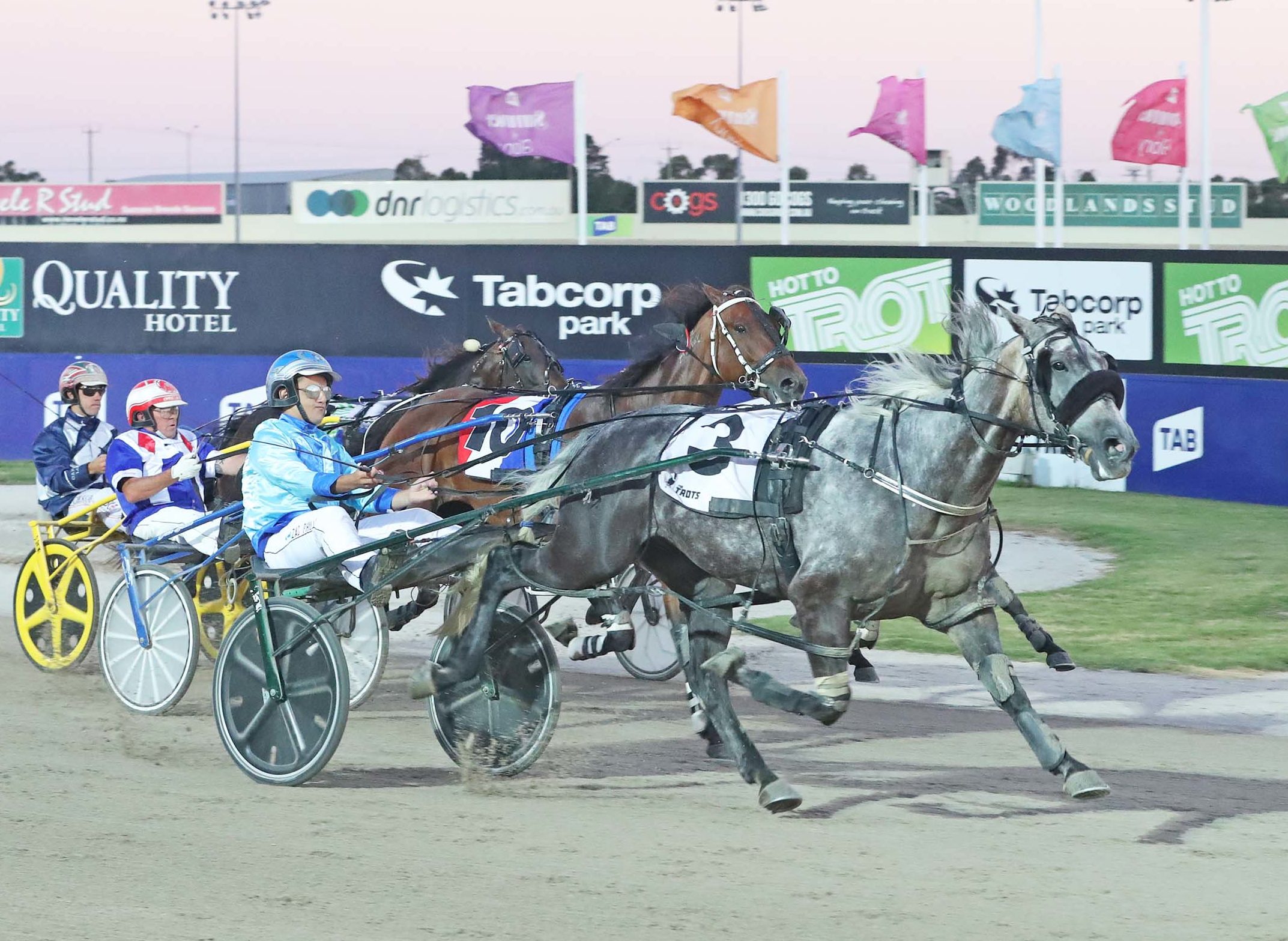 Fobwatch is timing his run for Cup win

Clancys Fobwatch1 Easter1 Warragul1
LOCALLY-OWNED and bred pacer Clancys Fobwatch is expected to be among the leading fancies in Easter Sunday’s 60th staging of the $30,000 Warragul Pacing...

LOCALLY-OWNED and bred pacer Clancys Fobwatch is expected to be among the leading fancies in Easter Sunday’s 60th staging of the $30,000 Warragul Pacing Bowl Cup.

Raced by local dairy farm manager Kylee Paull and her father John, Clancys Fobwatch has been racing in a rich vein of form in recent starts, giving connections the exciting prospect of raising their home Cup trophy aloft in front of a big crowd at the weekend.

Kylee and John have enjoyed feature-race success in the past with trotter I See Icy Earl, however Clancys Fobwatch is the best pacer they have bred.

The flashy grey comes into Sunday’s race fresh from a fourth placing in the Kilmore Pacing Cup, which followed an excellent second in the Cranbourne Gold Cup.

Clancys Fobwatch also won the Charlton Pacing Cup earlier this year, along with the Pure Steel race at Melton.

He has won races in Melbourne and Sydney, and is trained at Melton by Adam Kelly, with top young junior driver Zac Phillips the horse’s regular reinsman.

Longwarry pacer Mister Wickham has to overcome a hoodoo dating back to the 1950’s in order to win his second Warragul Pacing Bowl Cup on Easter Sunday.

No horse has captured the event twice, and 11 previous winners have finished in the minor placings while attempting to win a second Cup.

The first of those was Blue Robert, who finished third in the 1956 event, a year after winning the inaugural Pacing Cup staged at Logan Park.

Smart mare Glenferrie Blade is another likely starter in Easter Sunday’s race, with connections having earmarked the Warragul event after a narrow second at Melton on March 17.

Reinswoman Jodi Quinlan has driven one previous Cup winner, while trainer Craig Demmler will be eager to have his name placed on the Cup honour roll alongside his father Ted, a three-time Cup winner during his illustrious career.

Only six horses went around in last year’s Cup, and Warragul officials will be hoping for a much bigger field this year.

The Warragul Sporting and Social Club are again sponsoring Easter Sunday’s event, the 60th such race staged at Logan Park, which makes it one of Victoria’s oldest Country Cup races.

Cranbourne horseman Michael Hughes has set his smart trotter Cruisin Around for the event, and a local victory would be a popular one.

Greg Sugars, regular race driver for Mister Wickham, also drives Cruisin Around and is expected to be in the sulky on Sunday.

The Warragul Toyota Guineas is the target for smart local three-year-old Roll With Rocky, who trialled well on the Warragul track on March 17 in preparation for the event.

The pacers owner/breeder, Grant Rathjen, has had a long association with trotting locally, and will be eagerly awaiting the return to racing of his horse.

Gates open at Noon on Easter Sunday for what is expected to be an eight race program.