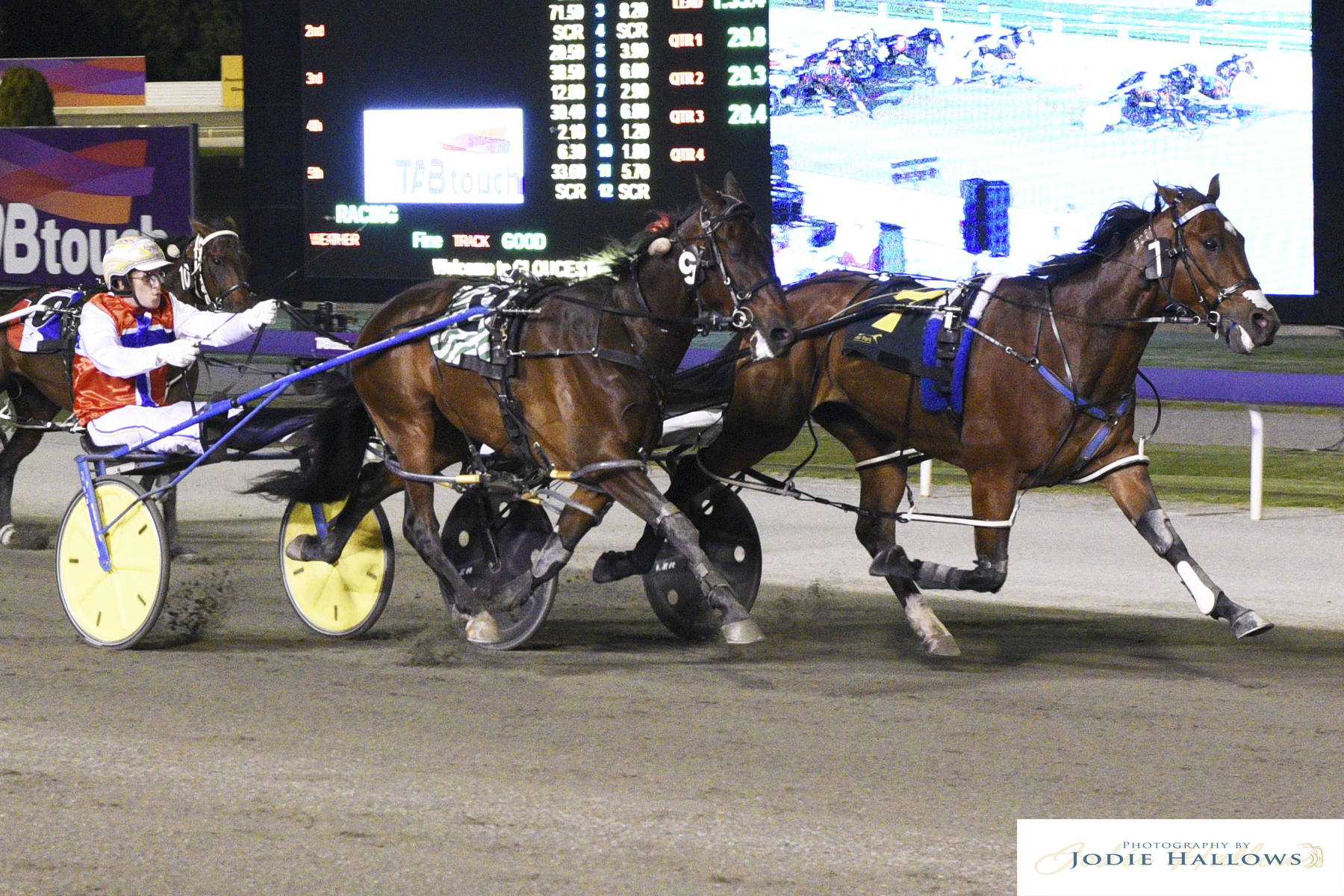 FOR STARTERSS . . . HECTOR’S A WINNER

HECTORJAYJAY won the start of the $50,540 Garrard’s Sunshine Sprint at Albion Park last Saturday night, which in turn won him the Group Two race.

Those horses, along with New Zealand-bred-and-trained runner-up My Field Marshal will meet this Saturday night in the $200,000 Blacks A Fake, the final leg of the Australasian Grand Circuit.

The gelding came from last a year earlier to clock in at 1:51.8, with Gavin Lang at the helm.

Hectorjayjay thus showed his versatility by leading every step of the way this time around.

Crack Kiwi reinsman Dexter Dunn summed up the situation early with Tim Butt’s My Field Marshal ($14) by looping the field from his second tier draw to park out, and fight on well, going under by a mere half neck.

Inter Dominion ‘gun’ Lennytheshark ($2.30), who drew the pole, never looked comfortable behind the leader and ‘crabbed’ turning for home, losing what little chance he had at the time, clinging bravely to a six-metre third.

‘Lenny’ was third-up, after placings in the Golden Mile then Len Smith Mile, with the $2.6million-earner being driven for the first time by his trainer.

Hectorjayjay, readied by three previous displays since resuming, is at the top of his game.

A $10,500 yearling, Hectorjayjay is named after Hector James Johnstone, the late grandfather of Victorian schoolteacher Matt McLellan, who bought him as a yearling, and retains majority managing part-ownership.

Hectorjayjay, who tailed the field on debut at Geelong on March 19 2013, races in the colours of Norway’s national flag – red with an indigo blue Scandinavian cross, with white extending to the edges of the flag.

Another part-owner, Earl Sakareassen, has a Norwegian background, and as he was the first person to buy into Heectorjayjay when McLellan offered him for syndication, the agreement was reached to campaign ‘as a Norwegian.’