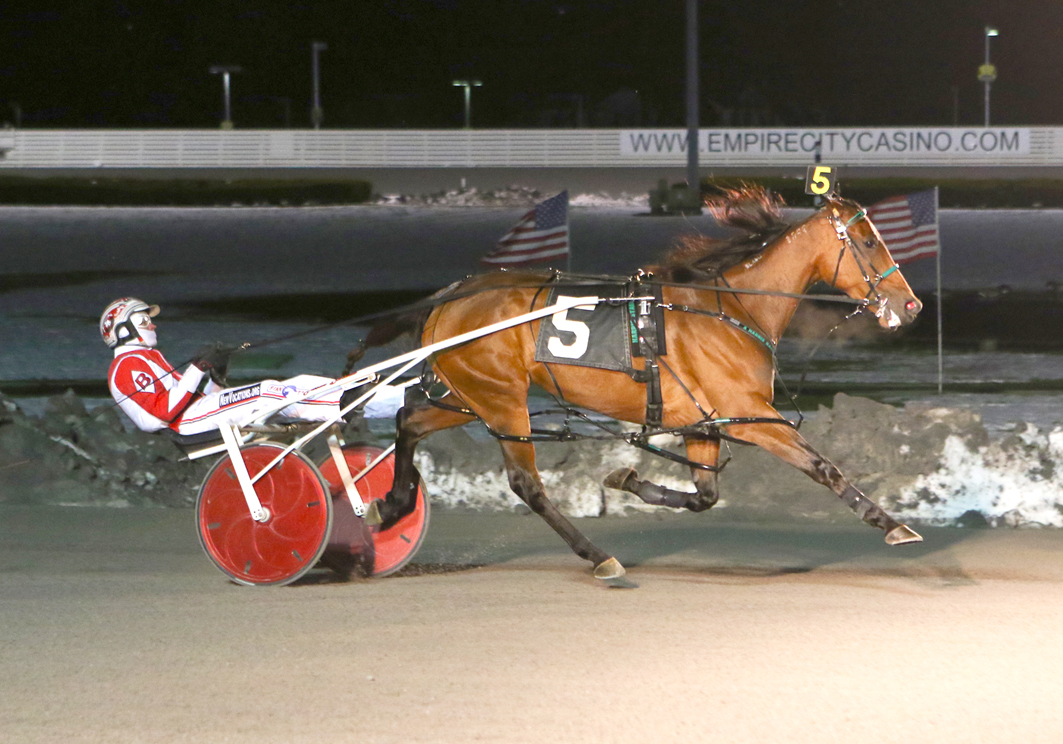 Former Aussie too slick at Yonkers

Two-moving from post position five to the lead with a 27.1-second opening quarter-mile, Dont Think Twice took over from Call Me Queen Be.

Quickly fending off the challenge, Dont Think Twice dashed to a three-length win from Lispatty in 1:53.

Call Me Queen Be held on for third while another Aussie – Rockstar Angel – which had won the last four editions of this race – was sixth from barrier eight.

For Dont Think Twice, a daughter of Armbro Operative owned and trained by Andrew Harris and Arrhythmic LLC, it was her fifth win in 15 seasonal starts.

“I can’t wait to drive her in the Blue Chip (atchmaker Series,” driver Jason Bartlett said, looking about four months down the road.

A multiple feature winner – including the Group One New South Wales Breeders’ Challenge – before leaving her native shore, Dont Think Twice won 16 of her 34 starts, with 11 placings also to her credit under the care of Jason Grimson.