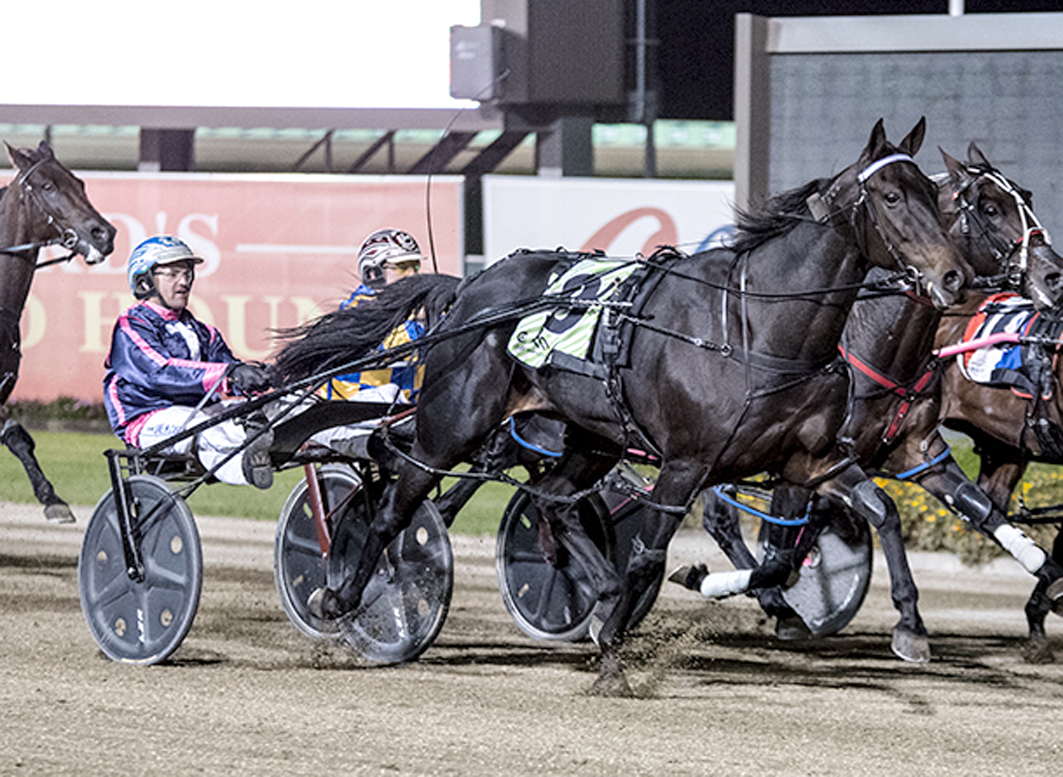 Returning from a brief freshen-up, the Heidi Gibbs-trained gelding stood out in his victory in the $14,000 Winners-Over pace.

Driven by Ron Cushing, Mach Doro got away last while another former Aussie – Lettucerockthem – was the keeper of the quarters.

After reaching the sectionals in 26.4, 56 and 1:24.1, Lettucerockthem was doing a good job of holding off a three-horse outer flow which tracked him since the three-eighths.

But as the field turned for home Mach Doro was wound up from the back of the pack, tipping four-wide under a hand drive.

The son of Mach Three cleared the leaders at the top of the lane and cruised home as Cushing sat chilly to win handily in 1:52.2.

Mach Doro paced his back-half in 55.3 seconds on the rim.

An Australian Pacing Gold purchase, Mach Doro left the southern hemisphere with a record of 20 wins and 22 placings from 76 starts for earnings of $336,810.

Mach Doro’s stablemate Bettors Fire scored later on the card when also driven by Crushing, who part-owns the pacers with Kevin Sywyk and Frank Ranaldi.

After trailing the leader early, Bettors Fire was angled away from the pegs at the half before moving to a 1:50.1.

Also exported to America via Australia, Bettors Fire scored his 48th win and pushed his earnings to just under $790,000.