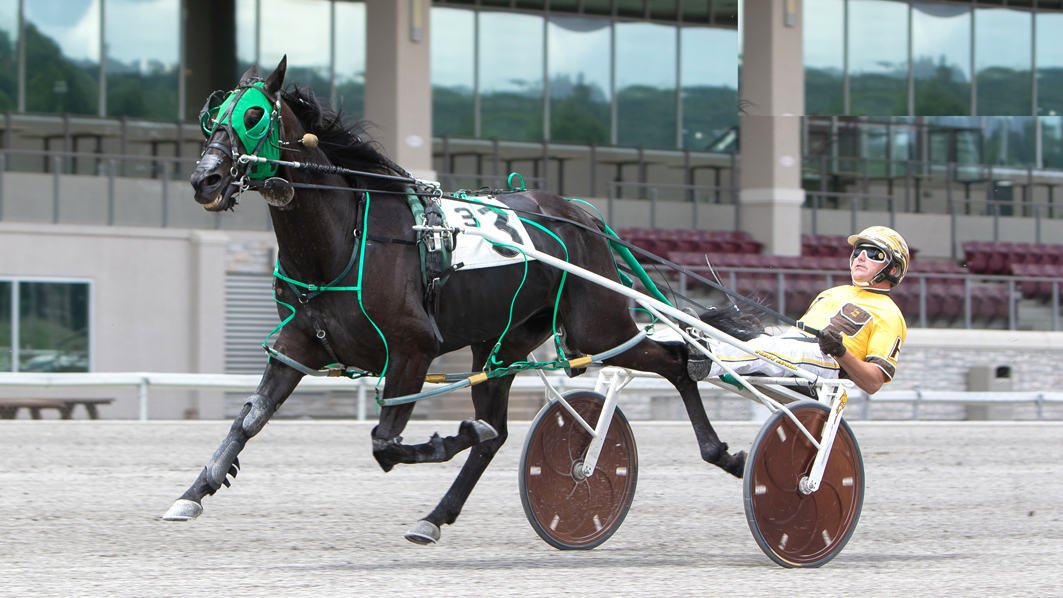 A $23,000 claimer two starts back, Reggiano barrelled past the leader down the backside and opened an insurmountable lead en route to victory in...

A $23,000 claimer two starts back, Reggiano barrelled past the leader down the backside and opened an insurmountable lead en route to victory in 1:49.1 at The Meadows last night.

Reggiano was sitting fourth and appeared to be in a spot of trouble thanks to the erratic uncovered move of Major Nemesis, which could have pinned him in.

But once Tony Hall was able to manoeuvre Reggiano off the cones, the son of Stonebridge Terror burst to the front to defeat Dapper Dude by five lengths, while Born Of Fire rallied for show.

The time equaled the record held by Atta Boy Dan and Escape The News.

David McNeight trains Reggiano, which lifted his bankroll to $309,724, for Kenneth Owczarczak and Courtney McNeight.

Elsewhere on the card, Foiled Again failed, for the ninth time, to secure his 100th win, with the gallant 14-year-old finishing second in a Conditioned Pace.

With his check, the richest standardbred ever has banked $7,577,638

Sisters doing it for themselves
Superstar’s quick time in American qualifier
Mason’s making his mark in the ‘big ti...
Interstate trip on the cards
About author