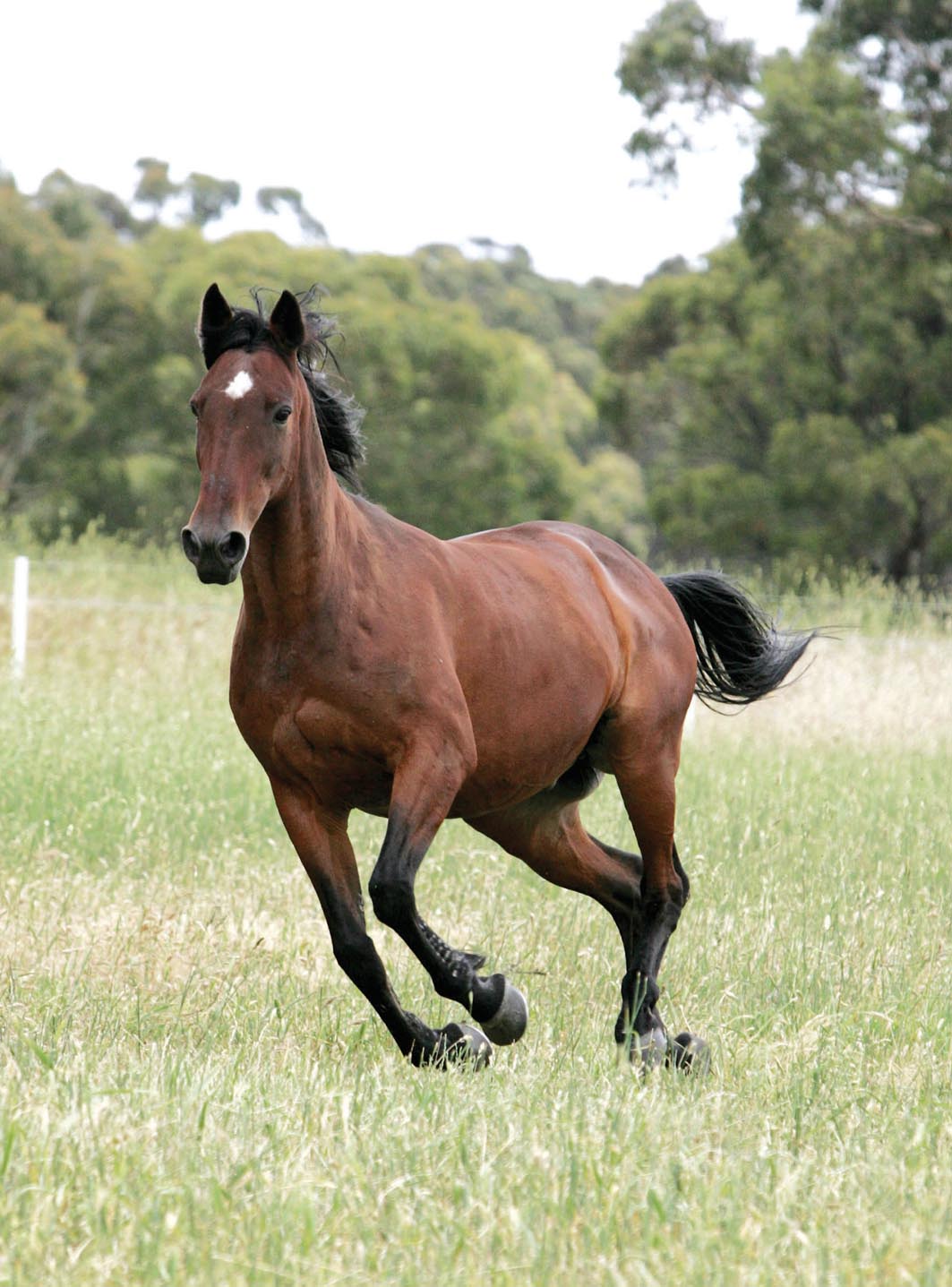 SINBAD BAY during his retirement

IT WAS sad to hear the passing of another former great in Sinbad Bay. Having enjoyed a long happy retirement, the multiple Group One...

IT WAS sad to hear the passing of another former great in Sinbad Bay. Having enjoyed a long happy retirement, the multiple Group One winner died last night at the age of 34. As a tribute to gelding which defied injury on numerous occasions we will republish an article PAUL COURTS wrote several years ago about Sinbad Bay’s affiliation with the Victoria Cup.

THROUGHOUT the years numerous horses have had their ‘pet’ race – an event where they appeared to raise to another level.

For Gammalite and Smoken Up it was the South Australia Cup, with the duo winning the Group One an incredible four times as did Pure Steel and Village Kid in the Western Australia Cup.

Our Sir Vancelot and Im Themightyquinn registered hat-tricks in the Inter Dominion as was the case with Koala King in the Victoria Cup – known at the time as the Winfield Gold Cup.

If there is one horse which had an incredible affiliation with the later Grand Circuit event it was Sinbad Bay, with his connection to the Cup spanning eight years.

From his win in 1989 to his omission from the field in 1996 and even his scratching from the 1997 edition, Sinbad Bay stole the show.

Trained by the father and son combination of Bob and Vin Knight in his early career, the injury-plagued pacer finished his racing days under the guidance of Bob’s daughter, Sue, and her husband, Stephen Dove. 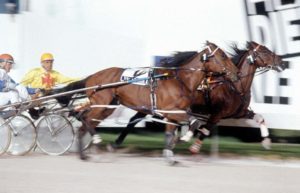 Like all legends, Sinbad Bay had a humble beginning, racing in lower classes in Tasmania, until he caught Vin’s eye.

With owner Dick Hicks unwilling to sell the gelding, Bob, in his typical confident fashion, told Hicks he would take Sinbad Bay to the top if he was transferred to Kilmore.

Hicks promptly sent Sinbad Bay to the Knights, and the pacer made a winning debut at Moonee Valley before heading to Western Australia for the Gold Nugget.

After demolishing the nation’s best four-year-olds, Sinbad Bay returned to Victoria for his next assignment – the Winfield Gold Cup.

With only 17 starts to his name, Sinbad Bay embarrassed some of the best open-class pacers in the southern hemisphere in the $250,000 event.

Driven by wily horseman Brian Gath, deputising for the suspended Vin, Sinbad Bay settled last before being urged to the ‘death seat’ with a mile to travel.

Having the audacity to break clear of the pack, Sinbad Bay was untouched to score by two-and-a-half metres from Kylie’s Hero, with Luxury Liner a similar margin away third.

“He was a sensational horse,” Gath declared. “I remember Vin came up to me before the race and said ‘You’ve driven some top horses, but none as good as this one’ and he was right.

“In the home straight I was too scared to let him go as he was already going so fast.

“His legs never touched the ground and I knew Vin was having trouble with his gait in Perth and I was worried he would break he was going that quick.”

Sinbad Bay ventured back to Western Australia after his Winfield Gold Cup success to win a heat of the Inter Dominion before breaking down.

Sidelined for 18 months, Sinbad Bay was then set for another crack at the Victoria Cup after following the Grand Circuit around the nation.

This time Vin was in the sulky as Sinbad Bay registered a scintillating victory in 1991.

After settling at the rear, Sinbad Bay was sent around the field to sit in the ‘death seat’ for the final 1400 metres before holding off a late challenge from Franco Tiger to score by a half-head.

Thorate, which had won three Grand Circuit races earlier in the season, was six metres away third.

Sinbad Bay’s victory became all the more astonishing when he returned to scale with a broken hopple carrier, with Knight quoted as saying he “couldn’t let him go” for fear he might break.

Much to Knight’s dismay, Sinbad Bay broke down again. He spent three years off the scenes, until Sue decided to give the veteran another crack at racing.

Remaining competitive at the top level, Sinbad Bay was again a member of the Victoria Cup field in 1995.

With Dove sitting in the sulky, Sinbad Bay was held up for a clear run before coming with a whirlwind sprint to finish third behind Golden Reign and Master Musician. Sinbad Bay was in front 10 metres past the post!

Injury sidelined the veteran again when he galloped and struck his nearside front leg, forcing him back to the paddock.

Making another return to racing as a sprightly 11-year-old, Sinbad Bay was a promising first-up fourth.

His comeback effort was followed by a fourth in a free-for-all at Moonee Valley before winning the Ballarat Cup on protest.

The Doves had their sights set on another Victoria Cup tilt, but to their disbelief, Sinbad Bay was omitted from the 1996 field.

The ageing warrior answered his critics in the best possible way by winning the Victoria Cup Consolation.

Obviously upset at missing a start in the Victoria Cup, Dove was quoted as saying: “It was a friggin’ joke that he was left out of the Cup. I couldn’t believe he was left out and now he’s proven he was worth a start.”

Dove recalls the joy and satisfaction of winning the Consolation.

“That was my biggest thrill with him,” Dove said. “The crowd loved him and gave him a great reception and we proved a point to the knockers.

“Just the way he went for an 11-year-old. He was against a top field and just played with them.

“There is no doubt he never got a chance to reach his full potential.”

A year later, Sinbad Bay was back for another campaign. He was in winning form and set to be a member of the 1997 Victoria Cup field.

Sadly, the veteran never made it to the mobile gate.

After receiving a call from Harness Racing Victoria informing them Sinbad Bay was in the Victoria Cup, Sue had to call back hours later to scratch the pacer.

“It was the toughest call to make,” Sue recalled. “We’d asked enough of him and it was time for him to bow out.”