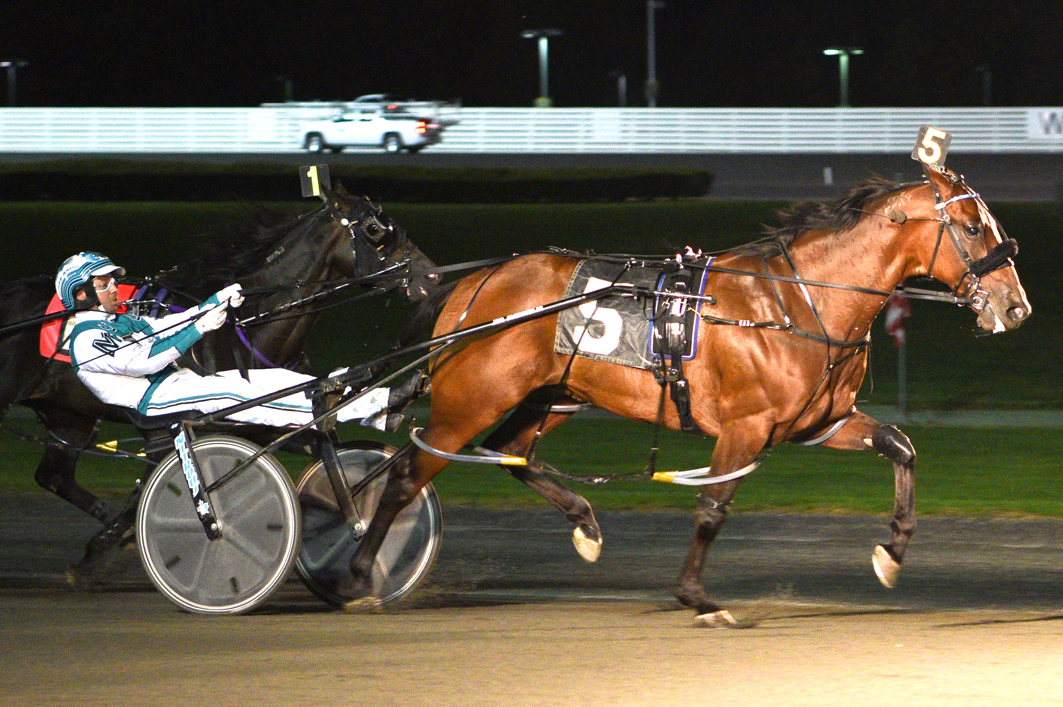 Former Kiwi too sharp at Yonkers

The teletimer didn’t get much more of a workout by a 57.4-second intermission, which was fine by the leader.

Nearing the half, Australian-bred Theartofconfusion, The Real One and Prairie Panther found themselves in an outer-tier logjam, with Prairie Panther pushed wide as the other two seemed to extricate the cones late.

Meanwhile, Alluneedisfaith continued past a 1:25.2 three-quarters, opening a length-and-a-half lead in and out of the final turn.

The son of Art Major finished it off, whipping Dancin’ Dragon by a length in 1:53.2. The above troika of The Real One, Theartofconfusion A and Prairie Panther wound up third, fourth and fifth, y.

For fourth choice Alluneedisfaith, owned by Robert Cooper Stables and trained by Ross Croghan, it was his sixth win in 22 seasonal starts.

Bro’s second chance to emulate famous siblin...
Aussie feature winner continues to shine in US
MACH SHARD PROVES HE’S UP TO THE CHALLENGE
It all worked out in the end!
About author