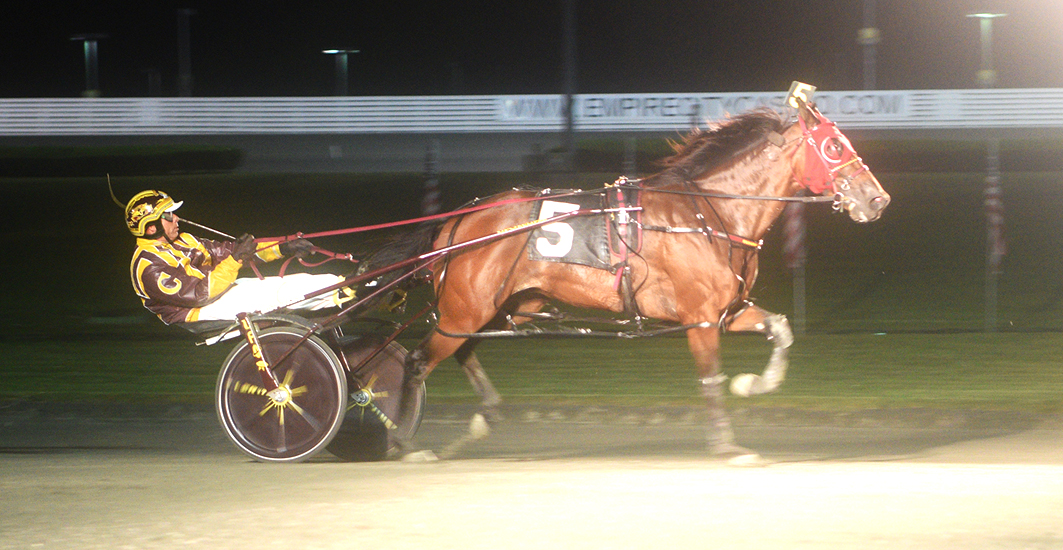 Former Kiwi too slick in USA

Rock Diamonds, the Master of the Maritimes by virtue of his win in last month’s Gold Cup and Saucer, had no issues in his first appearance since early summer.

From post position five, he cleared his four inside foes well before a 27-second opening quarter-mile.

It was a rated 56.4 intermission by driver Ron Cushing, with Benhope Rulz pocketed and San Domino offering a weak, first-up bid from third.

Rock Diamonds threw down a 27-second third quarter (1:23.4) to keep the wolves at bay, taking a length-and-quarter lead into the lane.

He then held his pocket pursuer by that same margin in 1:51.3, with The Real One third.

For fifth choice Rock Diamonds, a six-year-old by Rocknroll Hanover co-owned by his escort, Kevin Sywyk and Frank Ranaldi and trained by Heidi Gibbs, it was his eighth win in 18 seasonal starts.