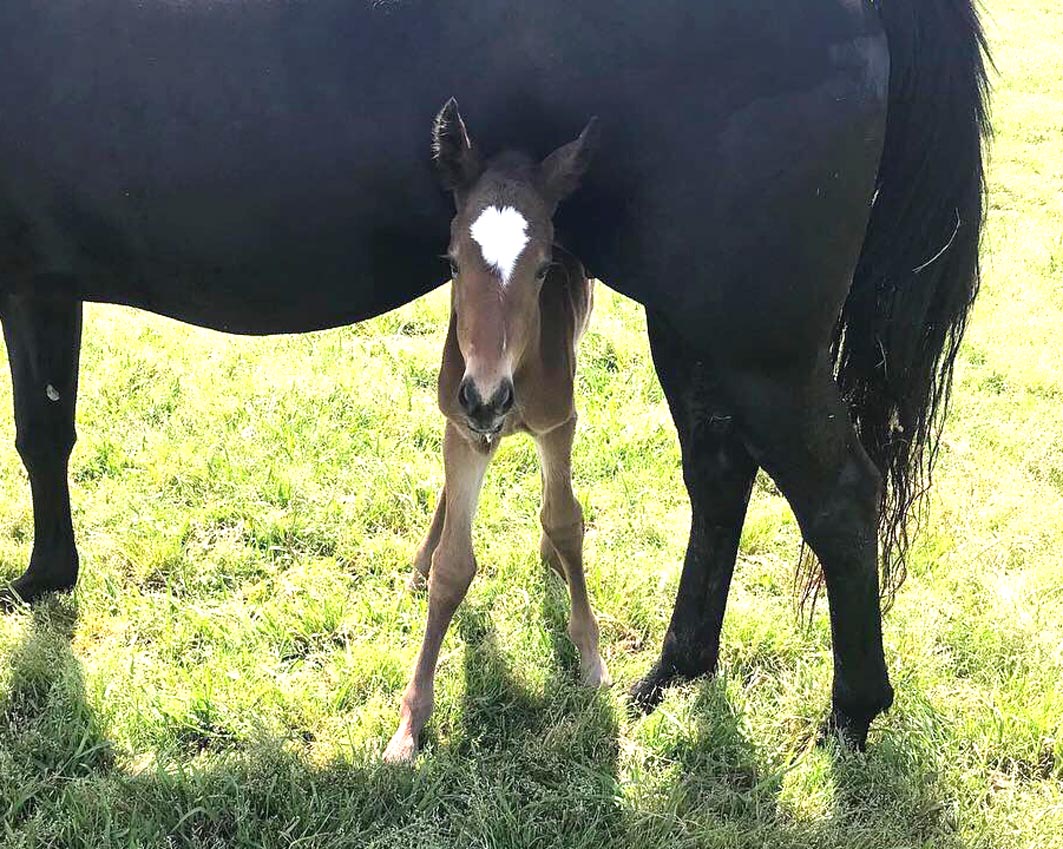 ARMS OF AN ANGEL'S daughter enjoying her mum's protection

Former speedster has become a mum

FORMER speedy mare Arms Of An Angel has become a mum.

Retired as a result of injury last October, Arms Of An Angel delivered a her first foal yesterday.

In what is bred to be a speedster, the flashy filly is by the world’s fastest standardbred, Always B Miki.

Creating a huge impression upon debut for co-trainers Lauren and Shane Tritton when scoring by 32 metres at Newcastle, Arms Of An Angel quickly made her way through the grades thanks to her blistering speed.

Successful at her first seven Australian starts, Arms Of An Angel then finished third in the Chariots Of Fire and the Miracle Mile as a four-year-old.

Given a short break following her Miracle Mile performance, Arms Of An Angel was restricted to another five starts, which netted three wins and a best time of 1:49.5.

A reoccurring knee injury led to Arms Of An Angel being retired, with Shane “gutted” by the situation.

“She has lameness in an old injury, and given the problems she has already had, it’s been decided to retire her,” Shane said at the time. “It’s heartbreaking as she had been working great and was on target for a big campaign.

“From the moment she got her she has been a wonderful mare which is irreplaceable.”

Now the premier horseman is keenly awaiting the day Arms Of An Angel’s daughter – born on Shane’s birthday – makes her racing debut.

“Knowing how good her mother was, and how fast her father was, this filly has everything going for her,” Tritton said. “I’m looking forward to the time she is ready to race.”