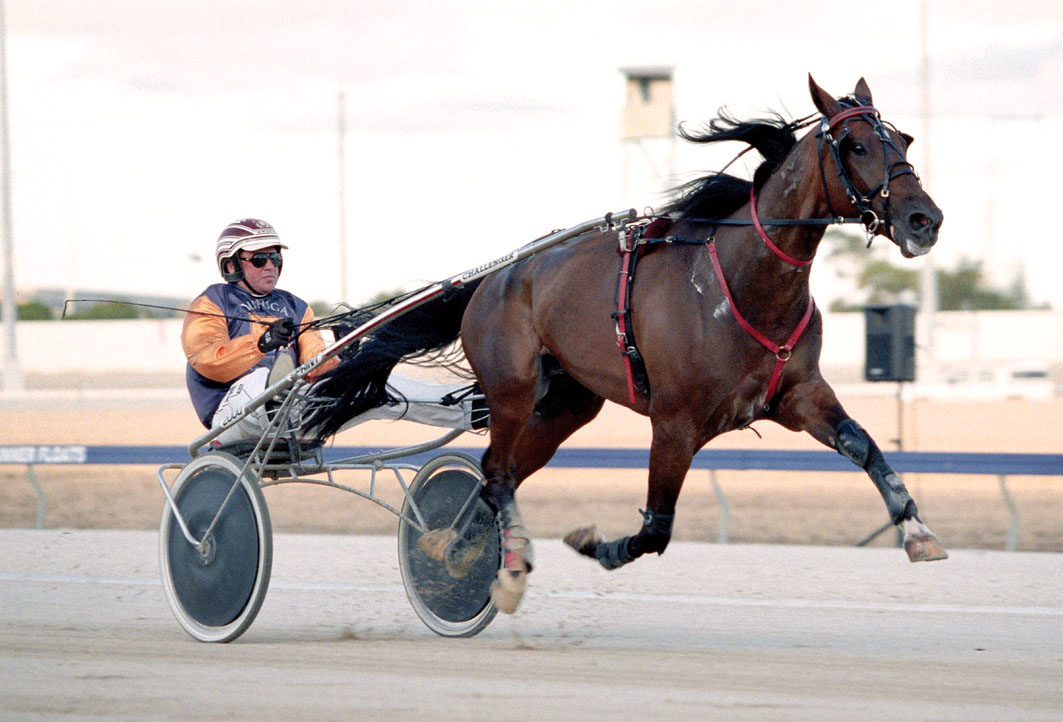 ONE of the best trotters of the modern era has died. Former trainer Tim Butt received the sad news this morning that his multiple...

ONE of the best trotters of the modern era has died.

Former trainer Tim Butt received the sad news this morning that his multiple Group One winner, Take A Moment, had passed away over night.

The 22-year-old was living with Mark O’Donnell, the son of owner, Jack.

Despite his outstanding record, Take A Moment is often underrated within the industry, with Butt stating the son of Armbro Invasion deserves his position among the great.

The squaregaiter was mainly driven throughout his career by Butt’s brother, Anthony.

“It was tough news to hear,” Butt said. “He was a champion and at his best was unbeatable.

“I think the fact he came along just after Lyell Creek took some of the gloss off what he achieved, and he lived in Lyell’s shadow, but there is no doubt he was a fantastic trotter.

“He had a lot of feet problems, but when he was right, he was a star.

“He won 18 races in a row and that was all against open age company, not making his way through the two and three-year-old races.”

Favourable draw the ‘vehicle’ needed t...
“I simply can’t see him being beaten.”...
Motherhood put on hold
Drawn to go one better in rich final
About author