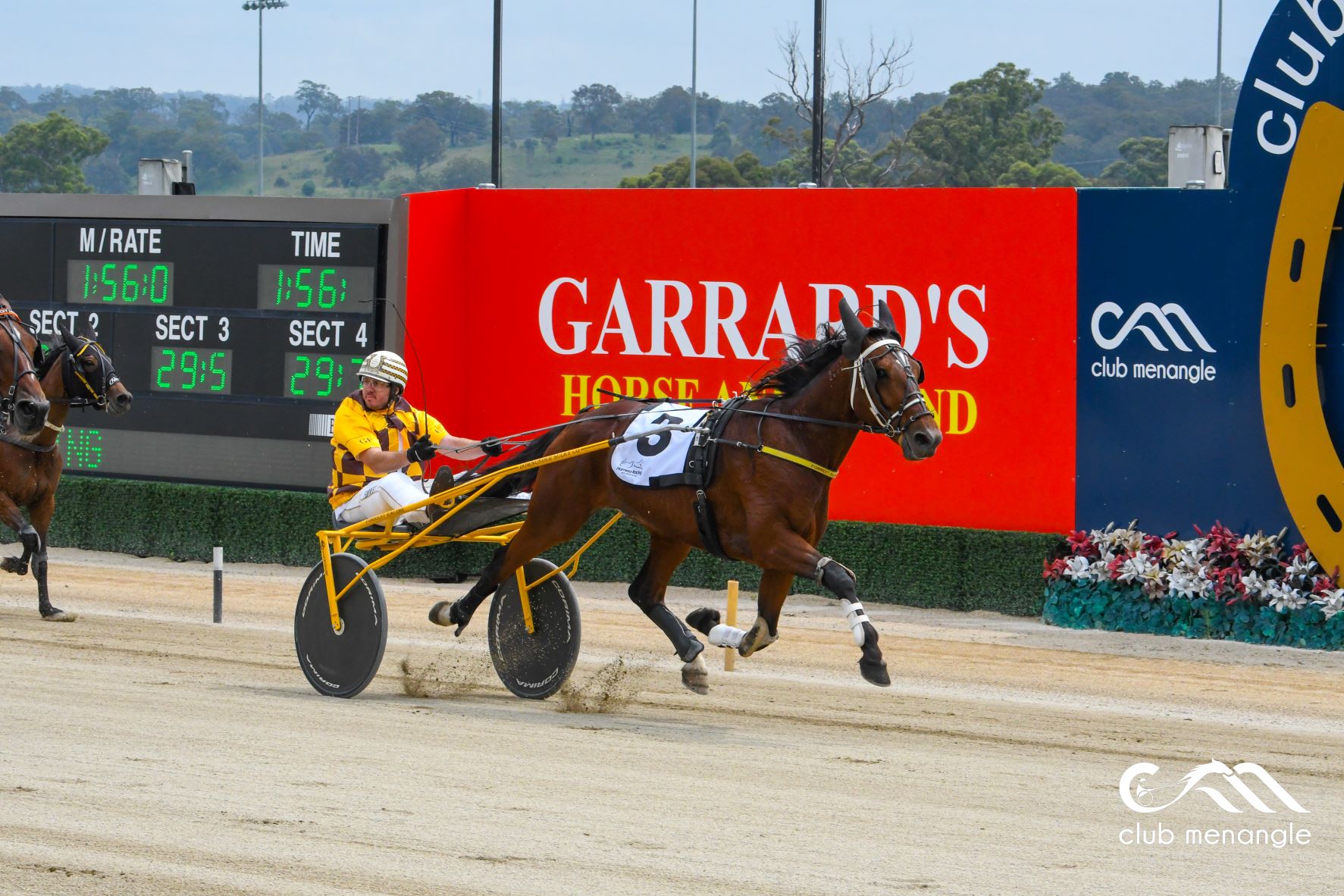 GREAT CHANCE: Chateaubriant is backing up at Menangle today.

Forrest firing up for a double

Grant Forrest2 Troy Williams5
WITH some of Sydney’s bigger harness racing stables notably absent, the in-form team of Grant Forrest will be looking to strike at Tabcorp Park...

WITH some of Sydney’s bigger harness racing stables notably absent, the in-form team of Grant Forrest will be looking to strike at Tabcorp Park Menangle today.

Based in the tiny town of Mount Fairy, near Bungendore, Forrest doesn’t mind clocking up a few kilometres in search of a win.

And his team of square-gaiters are making the travel well worth it at the moment and he’ll hit ‘the Big M’ this afternoon hoping to land a winning double.

Forrest’s six-year-old gelding Chateaubriant scored a stylish win at Goulburn on Sunday, romping home by 5.4m from Oneoutofthesquare and Itsarapt with his other starter Critical Advantage in fourth place.

Both trotters will back up today and have been installed early favourites in their respective events.

Critical Advantage will have the services of gun reinsman Cameron Hart and should fight our favouritism with Joe and Mary Rando’s handy square-gaiter Make Mine Muscle (Jack Callaghan) in the opening race.

Still Forrest also has Thebestbourbon, which he will drive in Race 1, the AGT Slots Trotters Mobile. He has also scratched Eratigena and Papela from the race.

Forrest will also take the reins behind outsider Orlando Storm ($34) in Race 2.

This consistent mare, by French sire Orlando Vici, hasn’t raced for two months but has been a consistent performer, winning nine races, mainly around the Canberra and Goulburn tracks and may race well fresh.

Still his best chance of the day does look to be Chateaubriant in Race 3, the TAB Long May We Play Trotters Mobile, where he is listed as the $2.75 favourite, despite the quick back-up.

Forrest will again take the drive and his main danger may come from another trotting stable making plenty of waves at the moment, the Troy Williams barn.

The South Windsor trainer has a big team competing at Menangle, and makes a habit of booking the best drivers available to ensure his horses have every chance of success.

Blake Fitzpatrick partners outsider Richmond Tiger ($67) for Williams in that race as well.

Williams and Rob Morris will also combine with last-start winner My Buzz Lightning ($41) in Race 7.

Have trotter, will travel, works well for Grant
This is a ‘first’ for a Southern Hemis...
Troy’s double shot at success
Troy happy to be ‘singing in the rain’
About author