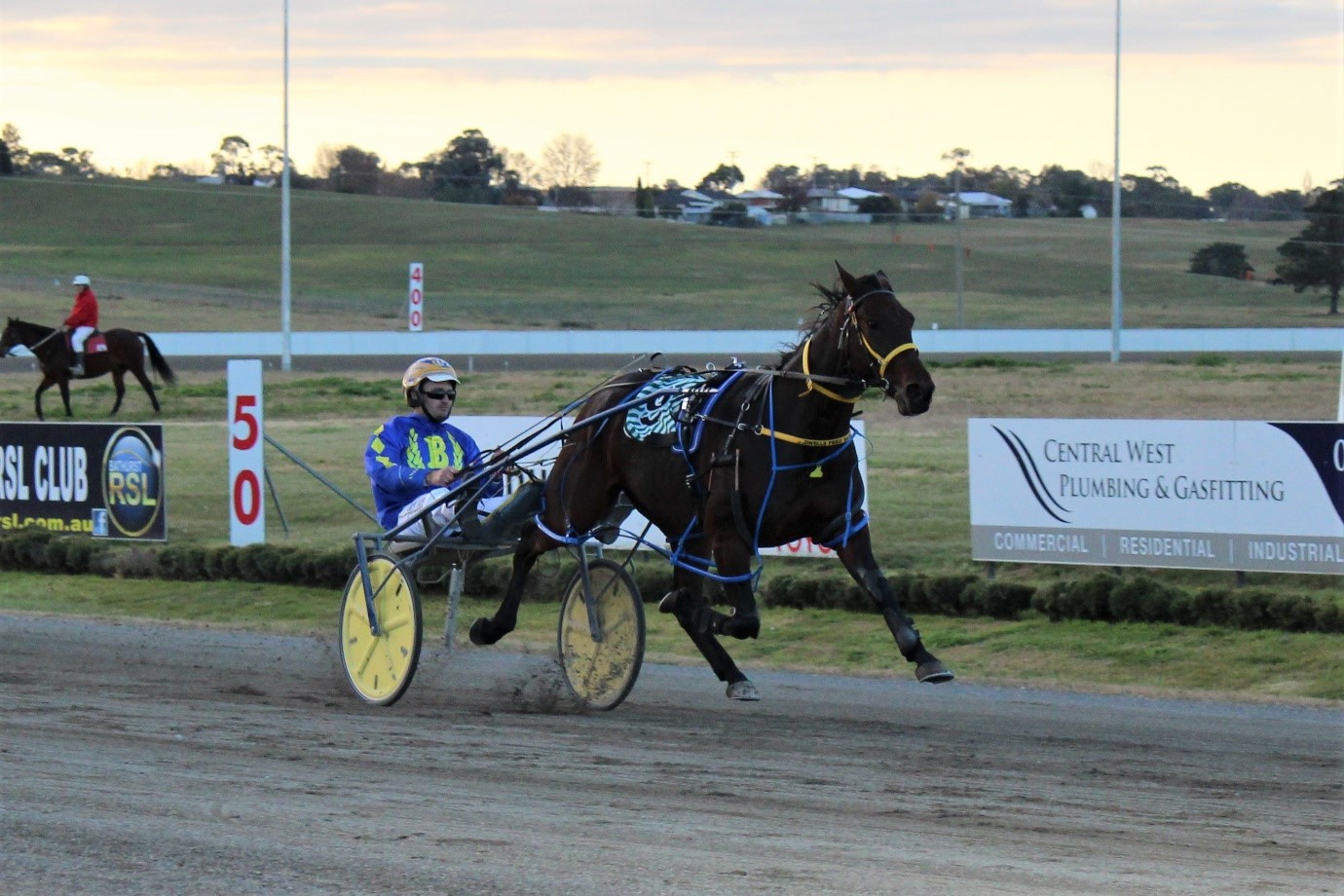 Aphorism is just one of many 'Frisby' winners at Bathurst.

bathurst65 Hausfeld1
AMY REES “YOU can’t live in Glebe and not go to the trots.” These were the words that lead to the beginning of Fran...

“YOU can’t live in Glebe and not go to the trots.”

These were the words that lead to the beginning of Fran Hausfeld’s involvement with the harness racing industry.

Moving to Glebe in the 70’s with her husband, Hausfeld was convinced by a friend to head into Harold Park to watch the trots.

After watching races for a while, Hausfeld and her husband decided to go ahead any buy a yearling at the sales.

With their first two purchases not successful ventures, it was a case of third time lucky for the couple, with their third buy becoming the beginning of their owning and breeding journey.

“We bought a yearling who was named Willing Whiz and she was a nice horse,” the 90-year-old said.

Retiring with 13 victories and $120,515 in earnings to her name, the mare was sent to the breeding barn.

“When she retired she became my foundation broodmare,” Hausfeld said.

Over 30 years after the deregistration of Willing Whiz, the dedicated owner/breeder continues to experience success with her horses.

At Bathurst on Sunday, Hausfeld watched on as two horses she bred crossed the line in first place.

“Oh yes, I watch them at the races. I don’t remember all of the breeding so I have them all written down,” she said.

“It’s been a terrific few weeks.”

Hausfeld’s first winner came courtesy of the Ben Settree-trained So Am I, a horse who she also owns a share in.

Ending up in the one-out-two-back position, the three-year-old was able to round up the field and narrowly hold off Remember Bubbles by a head margin.

Hausfeld’s second breeding victory came up in the following event, when Aphorism proved too strong for his rivals.

Working forward to sit outside the leader, the five-year-old gelding pulled away over the concluding stages to win comfortably by 13 metres.

Enjoying the winning streak while it lasts, Hausfeld is looking forward to watching Kanena Provlima, who she bred and part-owns, race at Bathurst on Wednesday night in the Group 1 TAB Western Region Championships Final.

“The competition will be good,” she said.

“As long as it is a truly-run race and they all do their best, that’s the main thing.”

The Western Region’s final, at Bathurst, will be run at 6:40pm.