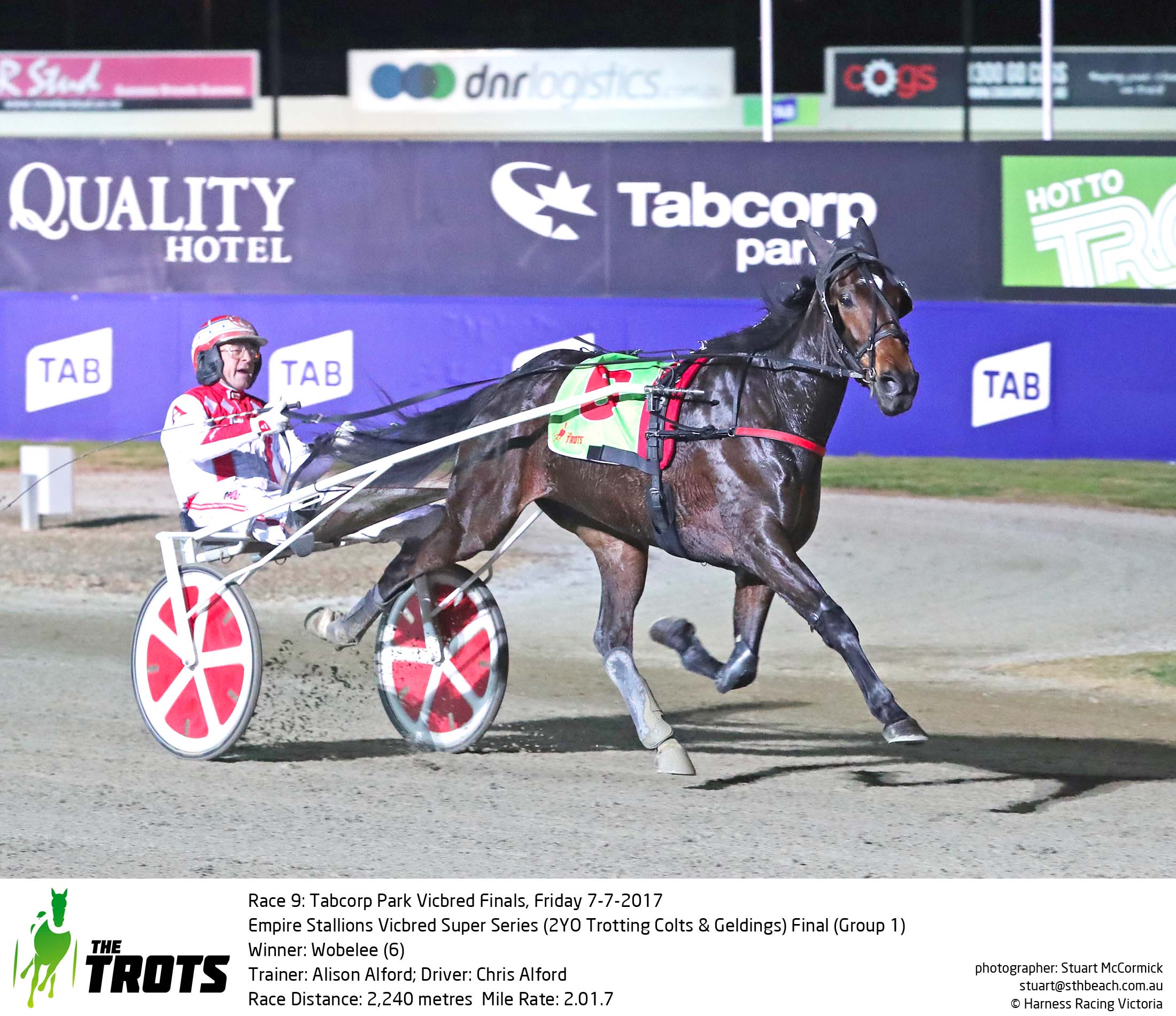 Alison Alford2 Maryborough2 Redwood Classic1 Wobelee2
WITH the Australasian Breeders’ Crown his next target, Wobelee is a serious chance of claiming a slice of history? A record-equalling winner of Redwood...

WITH the Australasian Breeders’ Crown his next target, Wobelee is a serious chance of claiming a slice of history?

A record-equalling winner of Redwood Classic at Maryborough yesterday, Wobelee will be given a light week before being aimed at a heat of the futurity at the country venue on August 17.

Should all go according to plan, the Alison Alford-trained squaregaiter will then proceed to the Final at Melton 10 days later.

Victory in his qualifier and the $90,000 decider will give Wobelee his fourth Group One and a Group Two for a tally of 10 wins and two placings 12 starts.

It will also mean Wobelee has completed the first clean sweep of Victoria’s two-year-old four trotting Group Ones.

Given his domination of the freshman ranks, the gelding is guaranteed Victorian Two-Year-Old Trotter of the Year honours.

But can he also secure the top mantle of Victorian Horse of the Year?

As it stands only three two-year-olds have captured the title since its inauguration in 1973, with Garry’s Advice the ground breaker in 1981.

Lombo La Fe Fe followed suit in 2002, with Lombo Pocket Watch rounding out the crew in 2006.

“It’ll be hard to beat the likes of Lennytheshark, but it would be amazing if he was named Horse of the Year,” Alford said.

“He has had an amazing season and hopefully that continue during the next few weeks.”

As for his latest success, Wobelee led throughout with Alford’s husband Chris holding the reins to account for Regal Assassin and Our Renezmae.

“I may be biased, but it was a pretty good drive from Chris,” Alford said. “To scoot him through from the inside of the second row to lead was a good effort.

“I’m just thrilled to win such a marvellous race.”

Stars Align in time for victory
Mike Ko’cass with the Late Mail for Menangle...
Is history about to be made?
About author