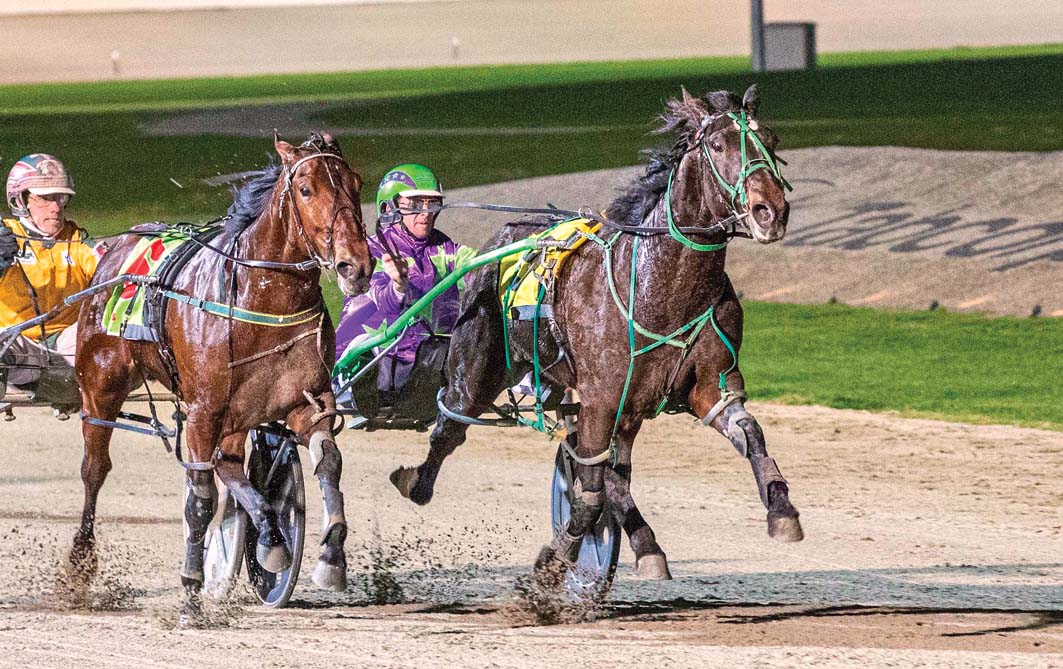 HAVING proven his worth with a victory at Tabcorp Park Melton last night promising freshman Youaremy Sunshine has been aimed at the upcoming Vicbred...

HAVING proven his worth with a victory at Tabcorp Park Melton last night promising freshman Youaremy Sunshine has been aimed at the upcoming Vicbred Super Series.

Now confident the colt can compete with the best of his age, trainer Damien Burns will set Youaremy Sunshine for the futurity’s heats which are scheduled to be staged in Bendigo next week.

“I am stoked with his effort,” Burns said. “Last night was a test for him to see if he might be able to match them at that level and proved to us he could.

“Now we’ll have a look at the Vicbred heats and see how he goes.

“That will be another step up for him but he has earned a shot at it and I believe he can do well in that.”

Driven by Burns to capture the Youthful Stake, Youaremy Sunshine led the second part of the field from barrier four as Ozzie Battler, which set the pace, Wotdidusaay in the ‘death seat’ and Batman Barry raced clear of the pack.

Closing the gap along the back straight, Youaremy Sunshine was then angled three-wide to quickly sprint to the front approaching the home turn.

Proving too slick during the latter stages, the two-year-old staved off a late challenge from Mirragon to score by a neck, with Star Hunter 13 metres away third.

“That was a really nice run from him,” Burn said. “Except when he ran sixth at Melton a couple of months ago he has been pretty good.

“He had a little setback around the time of his only below par run which is why he way didn’t race for a while.

“It was nothing serious, just a niggle, but enough to keep him away from the track.”

Rating 1:53.8 over 1720 metres the son of Hurrikane Kingcole extended his record to three wins and two seconds from six starts for earnings of $24,240.

Reason to smile during rehabilitation
Cynical to face reality regarding land sale?
Freshman ready up go one better than big bro
Marketing and Operations Manager for APG
About author