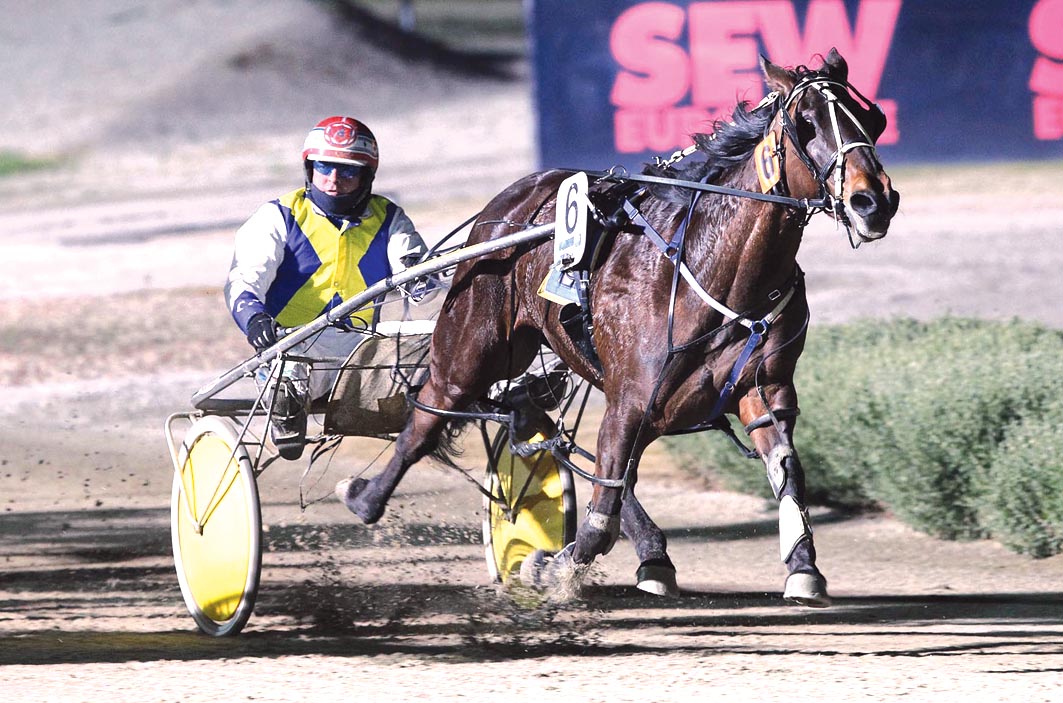 Freshman “thrown to the wolves”

RECENT debut winner Pradason will be “thrown to the wolves” at Tabcorp Park Melton on Saturday night. Triumphant in the Vicbred Bronze Pace at...

RECENT debut winner Pradason will be “thrown to the wolves” at Tabcorp Park Melton on Saturday night.

Triumphant in the Vicbred Bronze Pace at the same venue a fortnight ago, Pradason is engaged in the Tatlow Stake for trainer Allan McDonough.

Although drawn to enjoy a favourable passage from barrier two, the gelding is undertaking a major step up in grade.

“He is being thrown to the wolves, but it will be interesting to see how he goes,” McDonough said. “He is a nice type with above average ability.

“At this stage he is still learning what it is all about, but he goes quite well.

“Take Emma’s (Stewart) two out of the race and I’d be willing to suggest he could win.

“If he runs as well as he works, he won’t disgrace himself.”

Emma’s two are Mirragon and Be Happy Mach, with the latter a short-priced favourite despite his draw.

Fresh from completing a clean sweep of last month’s New South Wales Breeders’ Challenge at Menangle, Be Happy Mach is the sole starter along the back line.

Second in last weekend’s Australian Pacing Gold Championship in Melton, Mirragon is set to come from the outside of the front row.

“Be Happy Mach would be the top two-year-old in Australia and Mirragon is probably in the top five,” McDonough said.

“It’s hard to imagine beating them, but we’ll be doing our best.”

Retired with 15 wins and 33 placings from 125 starts, Stylish Jasper had three foals before dying while in-foal to Always B Miki.

Stylish Jasper’s daughter has two wins and three placings from 12 starts, with the mare also producing a yearling colt by Roll With Joe.

Ideal birthday present
You’ll need luck from a tough draw ‘br...
She’s got a bit of ability is an understatem...
Striking while the iron is hot
About author