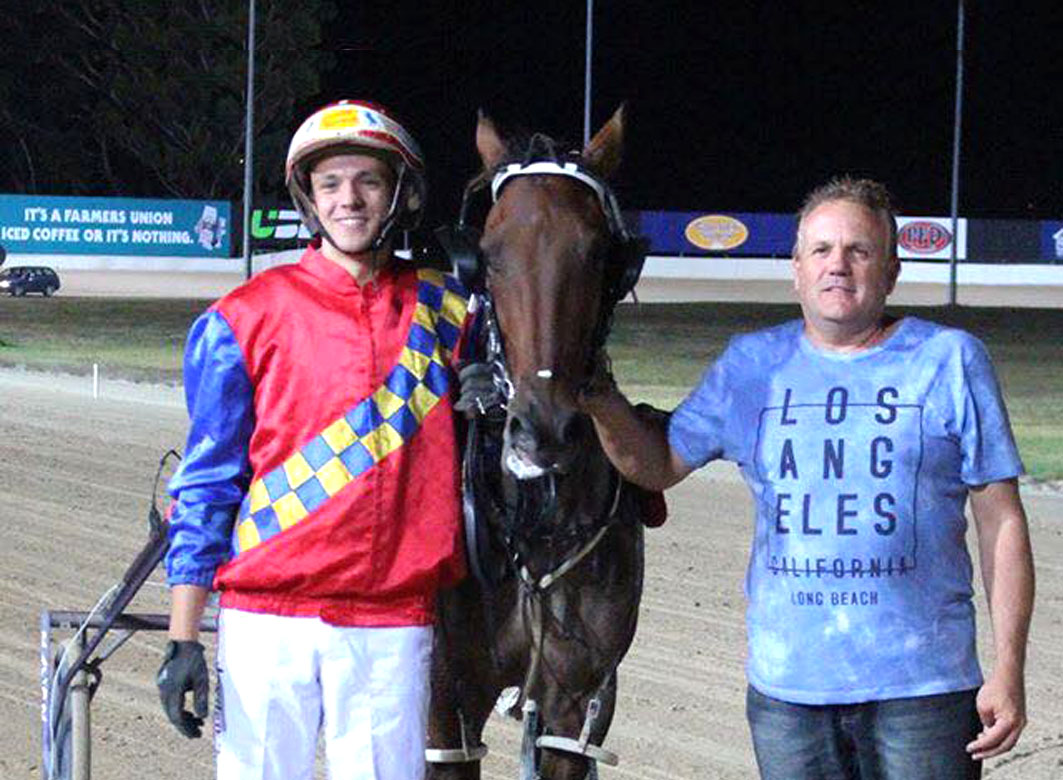 AT THIS stage he doesn’t appear to be living up to his name, but don’t let that fool you! With three seconds from three...

AT THIS stage he doesn’t appear to be living up to his name, but don’t let that fool you!

With three seconds from three starts, Above Average hardly seems to be, but there is a reason for that according to trainer Justin Brewin.

“He is still on the way up,” Brewin said. “I haven’t got him right at his peak, but he is pretty close now.

“By next week’s Golden Nursery heats he will be spot on, which is where he will be for the Final a week later.”

Runner-up in last weekend’s Sapling Stake, Above Average is expected to break his bridesmaid status at Globe Derby on Saturday night.

To be driven by Brewin’s son, Jayden, Above Average will begin from barrier three, with the horseman confident the gelding can make his way into the winners’ circle.

“He will be very hard to beat on Saturday,” Brewin said. “The one inside him is likely to come out quickly, but we’ll just see how they settle in the run.

“All things being even, he should win.”

To be given a break following the Golden Nursery, the son of Sportswriter will then be aimed at the Southern Cross Series in July.

“Given the gap between the Nursery and Sires’, he will have a short freshen-up, which will do him the world of good,” Brewin said. “The last time I gave him 10 days off I couldn’t believe how much he’d filled out.

“After the Southern Cross he’ll go for a long spell and will no doubt come back bigger, stronger and better next season.”