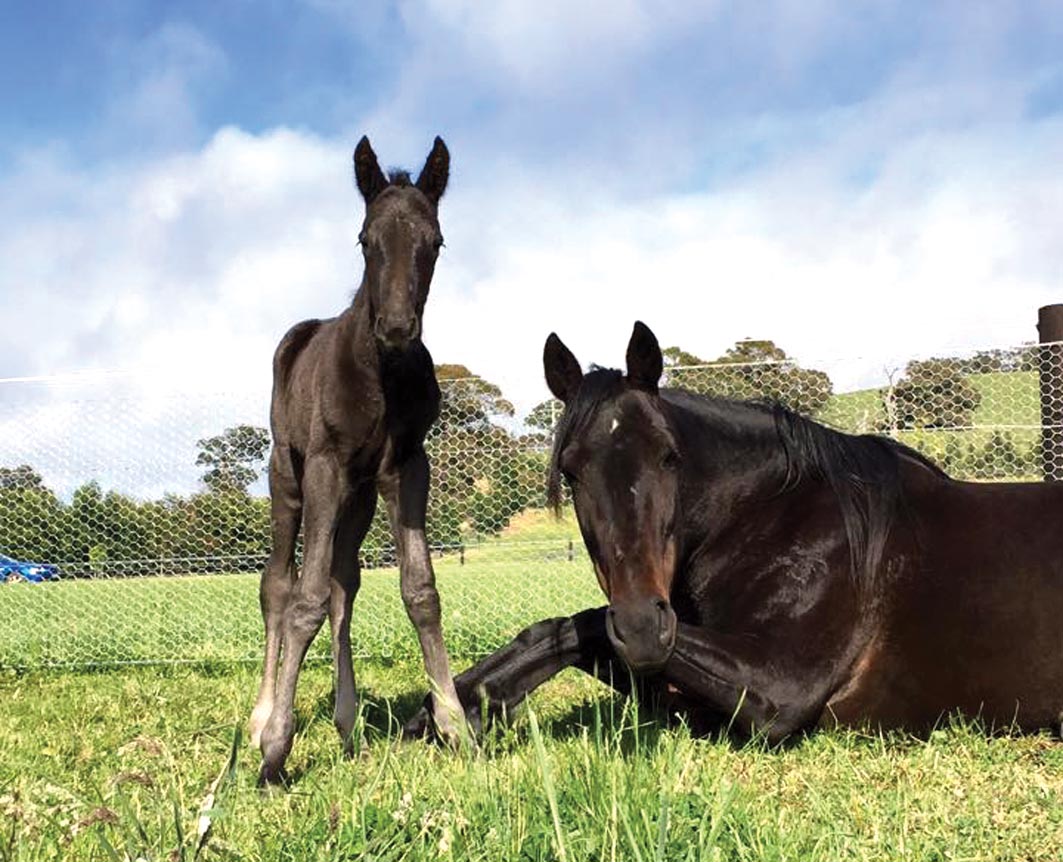 MIRAKURU with his dam Maximum Jo during his modelling days

From cover boy to race winner

HANDSOME pacer Mirakuru has made a successful transition from model to racehorse. In his first brush with fame, Mirakuru was selected as the cover...

HANDSOME pacer Mirakuru has made a successful transition from model to racehorse.

In his first brush with fame, Mirakuru was selected as the cover boy for the 2015 Stallion Guide after being pictured as a new arrival standing on wobbly legs next to his watchful mum, Maximum Joy.

Since then the son of Shadow Play has been nursed along by owner-trainer Stephen Cleave, who felt the youngster “needed time”.

“He was ready to go as a two-year-old, but was just so big and overgrown,” Cleave explained. “He was 16.1 hands and was in a 62-inch hopple, so I just gave him a preparation and when he was at a trialling stage, I turned him out.

“When he came back in as an early three-year-old I noticed he was puffy in his hock, which turned out to be bone chips, which I had removed. 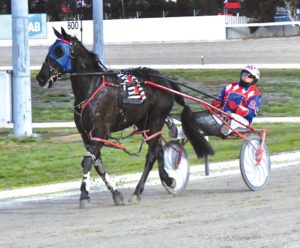 “From an early stage he gave an indication he could develop into a nice horse, so I’ve been happy to take my time with him and let him mature into himself.”

With Cleave holding the reins, Mirakuru occupied the ‘death seat’ before bullocking his way to a three-and-a-half metre win from The Whole Package, with Edwin Bromac two-and-a-half metres away third.

“He’s done well in his four previous starts, including a second last time around, so I knew he was ready to win,” Cleave said. “It was a good, solid run and one he will definitely benefit from.

“He is up to 16.3 hands now and still seems to have a bit of growing in him. After yesterday’s run I’ve decided to let his hopples out further.”

With no major plans in mind for the black gelding, Cleave is hoping Mirakuru can register his second win before the season’s end.

“At this stage I will just be looking for a suitable race for him,” Cleave said. “If he can get that second win before the end of the season I’ll be wrapt.”