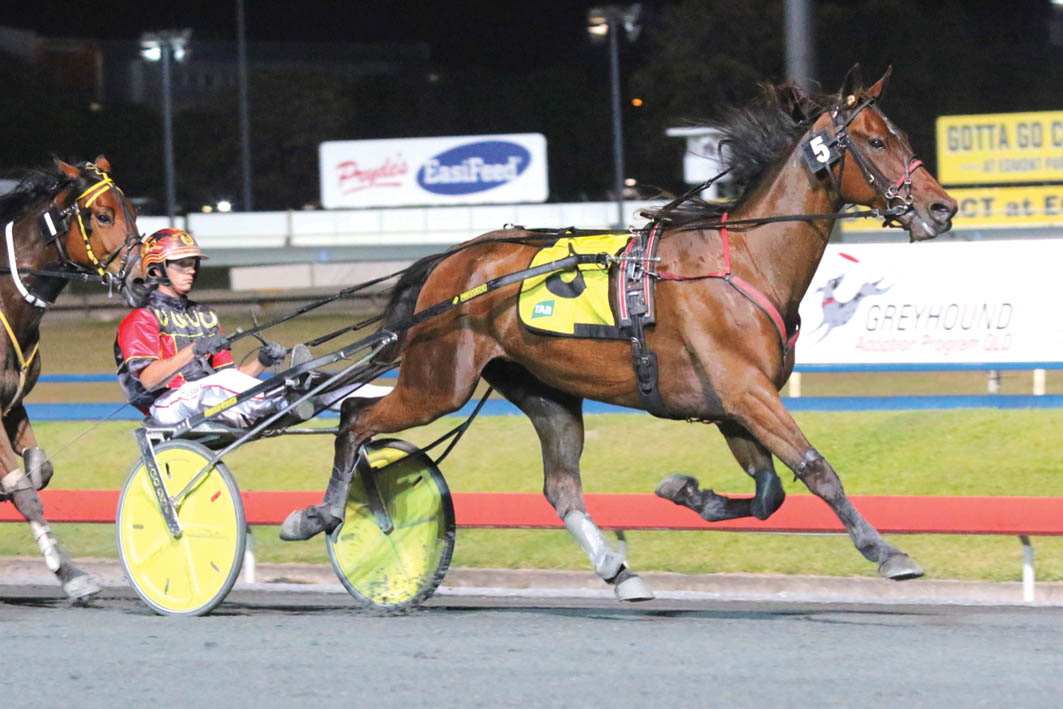 From winning drought to a flood of success

HAVING recently broken a drought from the winners’ circle, rejuvenated trotter Gee Up Neddy is enjoying a flood of success. Triumphant at Albion Park...

HAVING recently broken a drought from the winners’ circle, rejuvenated trotter Gee Up Neddy is enjoying a flood of success.

Triumphant at Albion Park on October 14, Gee Up Neddy registered his first victory since scoring at Tabcorp Park Menangle on June 9, 2018!

Since that drought-breaking moment the son of Raffaello Ambrosio has won two of his three subsequent starts, including at Albion Park last night.

The Hayden Barnes-trained squaregaiter finished second on the other occasion.

“I couldn’t be happier with the way he is going,” Barnes said. “He has come back in sensational for this season.

“He ran a pair of placings at his first two starts this time in and has now won three of his last four starts.

“He’s in a zone at the moment and it will be nice if that can continue for a while.”

With Barnes in the cart during his latest win, Gee Up Neddy began solidly from his 10-metre mark to work to the lead as Als Law was eased to take a trail.

Allowed to roll along at a moderate tempo during the middle stages, the gelding had plenty in reserve on his way to a two-and-a-half metre win from Als Law, with Clover Mac two metres away third.

Also owned by Barnes, the nine-year-old has been aimed at next month’s Darrell Alexander Memorial which begins with heats at Albion Park on December 7 heading into a Group One Final a fortnight later

“I’m looking at the Darrell Alexander Memorial series with him which hopefully he can do well in,” Barnes said. “Other than that he will just race in the Saturday night events.”

One Group One down, one to go
Where have those 118 years gone?
Popular Victorian draws ace in Cup
Youngster primed to bounce back from first defeat
About author