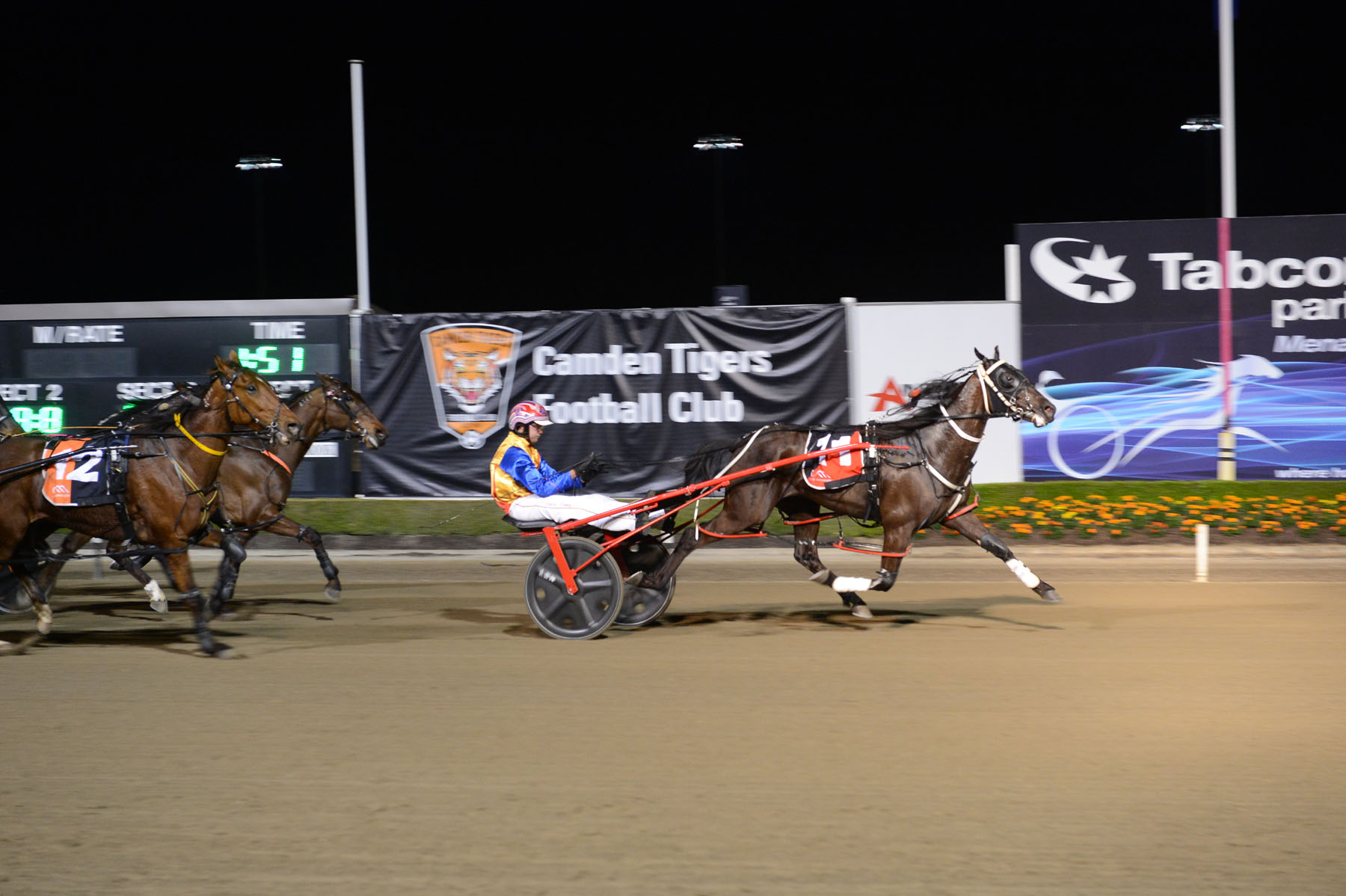 Drivers Todd McCarthy and Chris Geary both grabbed a double on Saturday at Tabcorp @ Club Menangle.

Geary joined forces with trainer Kevin Pizzuto for both winners.

Geary started in fine form with $2.60 favourite Egodan in the opening race.

The six-year-old son of Sportswriter started slowly from his wide draw and settled at the rear of the field.

As the runners approached the final turn, Egodan worked his way around the outside to challenge in the home straight.

Getting home in 1:53.3 seconds, Egodan went on to win by two metres to notch his 18th victory from 61 starts.

Geary claimed a bigger prize later in the meeting by taking out the feature race with Code Black ($5.00) in the Group Three, Starr Partners Campbelltown Pace event.

Running the fastest time of the meeting, Code Black hit the line in 1:51.4s.

The son of Bettors Delight patiently waited until the final turn before rounding up the leaders out wide and shot away to win by a comfortable margin of more than four metres.

With a total of 18 wins early in the new season, McCarthy grabbed his first winner at the meeting with Dillon ($9.40) for trainer Peter Rixon.

McCarthy’s cause was helped when Lauren Tritton missed the start by about 30m with the favourite Kiss Of Death.

Five wide coming into the final turn, Dillon sprinted away in the last 100m to win by 2.2m.

McCarthy landed his double in the trotters’ race with Maorisfavouritesun ($4.70) for trainer David Aiken.

Racing over the extended distance of 2300m, Maorisfavouritesun started well from his midfield draw and pushed on to take the lead going down the back straight for the first time.

Dictating the pace from the front, the veteran nine-year-old gelding never looked in danger of losing after opening up a handy lead coming down the home straight.

Turnbull turns it up
Robbie’s birthday quartet
Preview: Menangle August 29
BUTT’S THE MAN OF THE MOMENT
About author