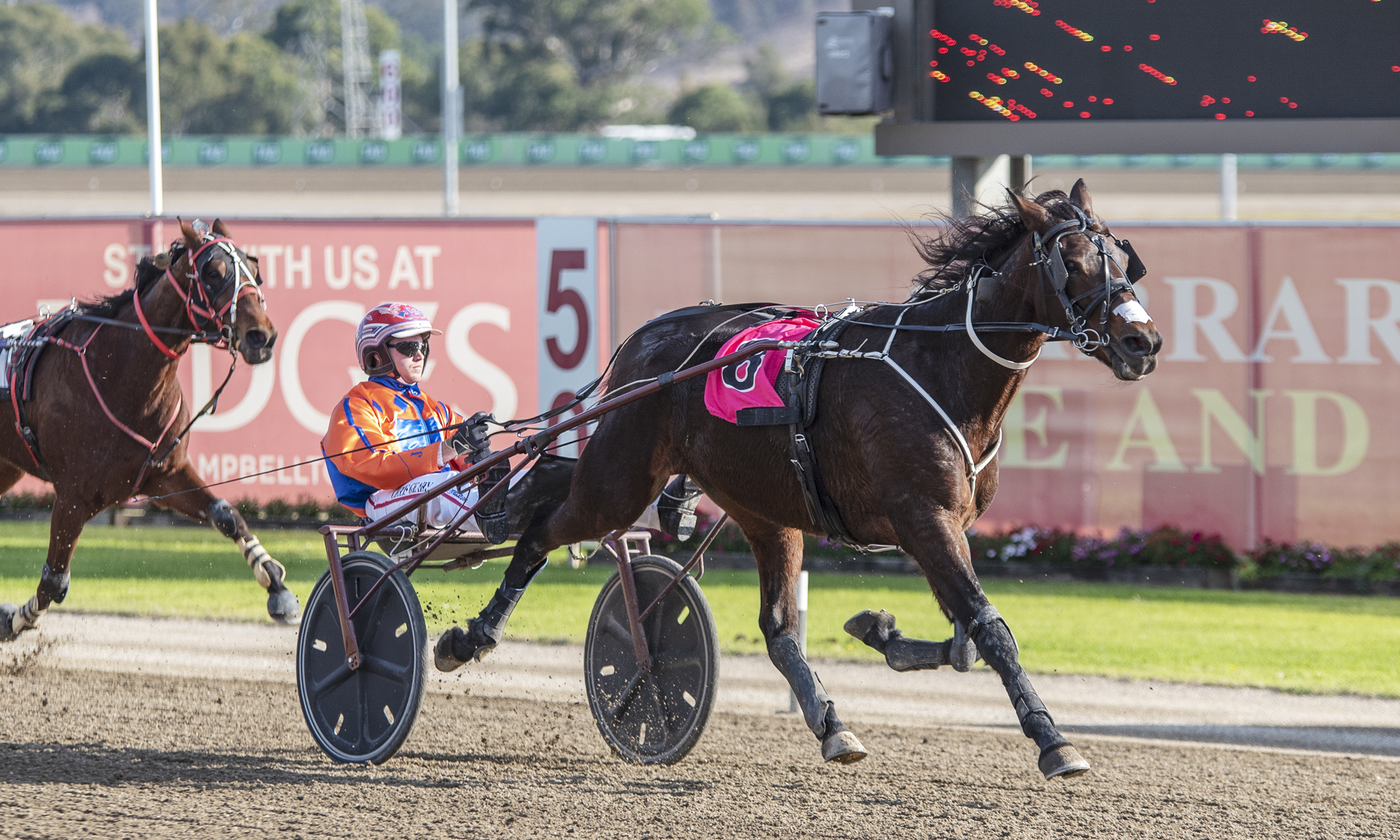 Geary’s aiming up for another big day

NO-ONE has been in better form around Sydney harness tracks in recent weeks. And popular young reinsman Chris Geary should continue that charge up...

NO-ONE has been in better form around Sydney harness tracks in recent weeks.
And popular young reinsman Chris Geary should continue that charge up the premiership table when he heads for Tabcorp Park Menangle this afternoon.
Geary has drives in six of the eight races and should continue the stunning form that has produced winning doubles, trebles and even a quartet of winners at every Tuesday Menangle meeting this month.
In fact Geary won’t want May to end as he has landed 11 Tuesday winners this month alone and should add to that tally at ‘the Big M’ today when his freelance talents are used by a variety of trainers.
Geary will watch the first two races from the sidelines before linking with Joe and Mary Rando’s improving trotter Sunset Tour in Race Three.
The veteran gelding has struck a purple patch for Geary with wins at his past two starts at Menangle and although facing an awkward draw today in gate 12 (off the second row) should get a good run through when the mobile lets them go and is bound to make his presence felt at some stage of the 1609m affair.
Former Kiwi trainer Tim Butt continues to use Geary with great success and the pair will again unite in Race Four when he steers improving youngster Franco Landry in the 1609m dash.
Darren McCall is another trainer utilising Geary’s services and Ohoka Royal could be an improver in Race Five as his last win was at Penrith more than 12 months ago with Geary in the sulky.
Likewise a perfect draw in gate one should see an improved effort from The Bachelor in Race Six where he has been listed as a $1.80 favourite.
Even Steven Lee has hopped on the Geary bandwagon and has booked the ace young reinsman in the hope of extracting some improvement from veteran gelding Allbliss in Race Seven, the National Trotguide Pace.
Geary has not driven this son of Blissfull Hall in more than two years but did finish second in a race at Menangle that day behind Lumos.
Geary will then be looking to close out the day with another winner when he drives Our Missionary Man for Leon Jurd in the final race of the day.
Our Missionary Man seems to run his best races with Geary in the bike and did score at Menangle in the middle of the month before a disappointing last place after a hard run at this track last start.
With 78 winners already this season, Geary looks a good thing to add to that tally today.