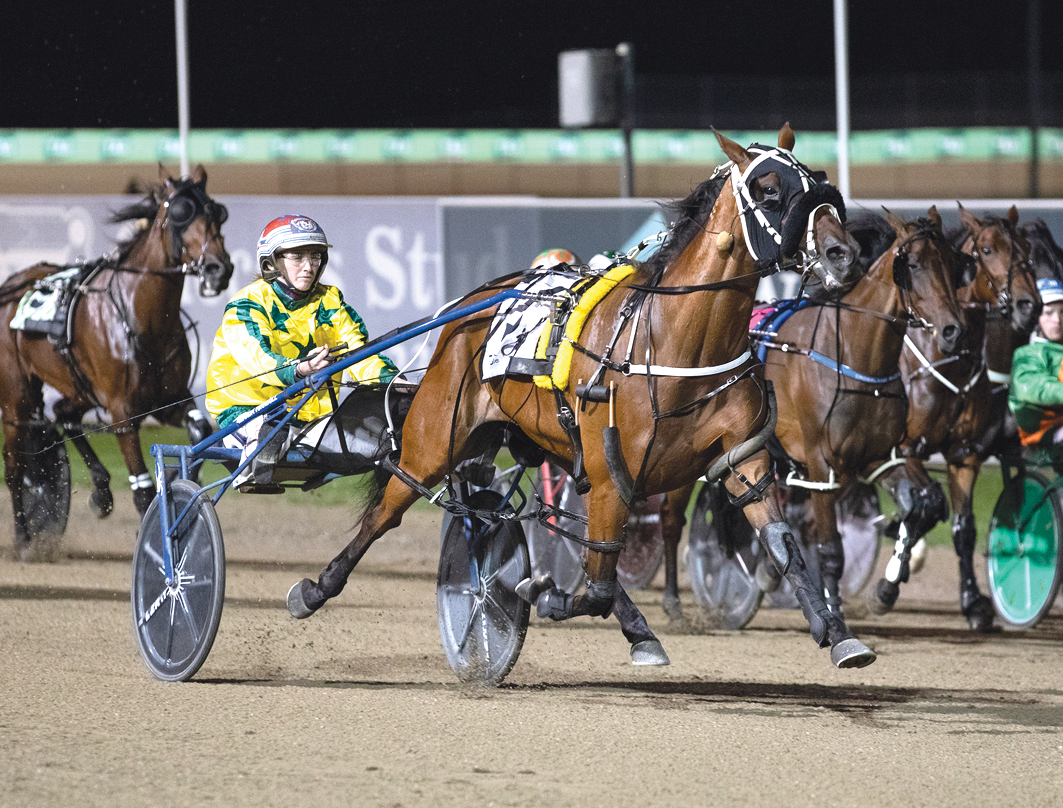 “I had her cherry ripe for the Breeders’ Challenge last year….she was flying,” Kenna said. “Then I had to scratch her on the Thursday because she couldn’t put back leg on ground.

“I took her to the university, had her scanned, and they couldn’t find a thing wrong.

“On the Sunday she was galloping around and fine. We still don’t know what was wrong and it cost a chance in the series.

“It’s the main aim with her again this time and hopefully things won’t go wrong.”

Imperials Gem gave notice she will be a threat in the futurity by capturing the Go Girlfriend Final with Amanda Turnbull in the cart.

Beginning slowly from barrier three, Imperials Gem was settled towards the tail of the field as Ideal Fantasy led from gate 11.

Angled to the extreme outside around the final bend, the daughter of Village Jasper unleashed a scintillating sprint to score by five-and-a-half metres from Celerina, with Matamua a metre-and-a-half away third.

“I knew she was ready to run a big race,” Kenna said. “She is back in perfect condition.

“She probably should’ve won her heat but had no racing room and went over the line with plugs in.

“Drew drove her in the heat, and was so down on himself, he sacked himself for the Final and booked Amanda.

“She has pulled up well, has been eating all day and will be better for her next run.”

Owned by the Kennas, Imperials Gem covered the mile in 1:53.9.

Chance for consolation after luckless return
Inter Dominion win still fresh in Howard’s m...
Was there ever going to be any other response?
Another tough feature draw
About author