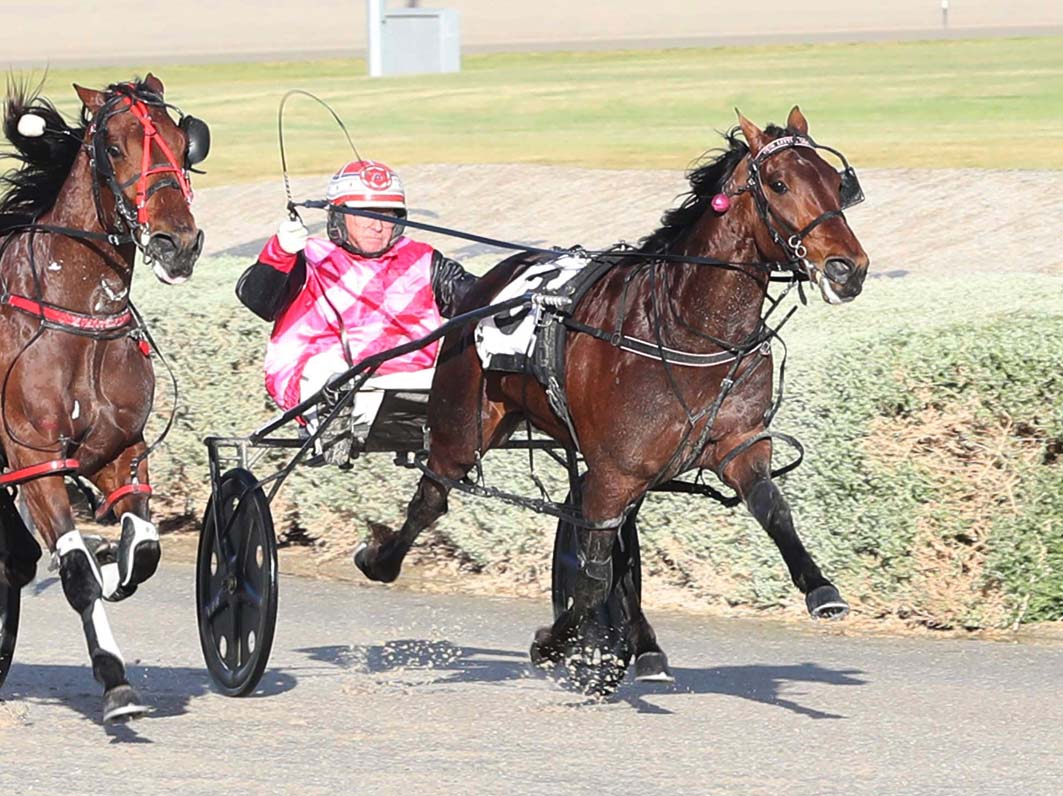 CLASSY youngster Our Little General has joined a select fraternity thanks to his victory at Tabcorp Park Melton today.

By capturing his division of the Breeders’ Crown, Our Little General became just the third colt/gelding three-year-old to successfully defend the title he captured the season before.

“He has done a fantastic job again this season,” trainer Emma Stewart said. “After having a few issues during the Sires’ series and then to come back and win the Crown again is a terrific effort.

“He is such a great tryer which got the job done again today.”

With Chris Alford holding the reins, Our Little General was caught in the ‘death seat’ from barrier three before the short-priced favourite The More The Better galloped with 1400 metres to travel, handing the colt the lead.

Eased to take a trail behind Jilliby Kung Fu, Our Little General enjoyed the run of the race before finishing strongly along the sprint lane to account for the pacemaker, with Motu Meteor third.

“He had a bit of luck when the leader galloped, but he still had to be good enough to take advantage of it,” Stewart said. “He only just got there, but it was a good all round performance.

“He’ll go for a good, long break now , then we will look at the major four-year-old races such as the Chariots Of Fire and Bonanza with him.”

An Australian Pacing Gold graduate, Our Little General’s little sister will be offered at next year’s APG Sale.

The pair are from Kabbalah Karen B, which has produced two winners from two starters.

Manning to claim world title
Champ is back
THEY’RE RACING FOR SECOND!
Ready for Vic Cup
About author