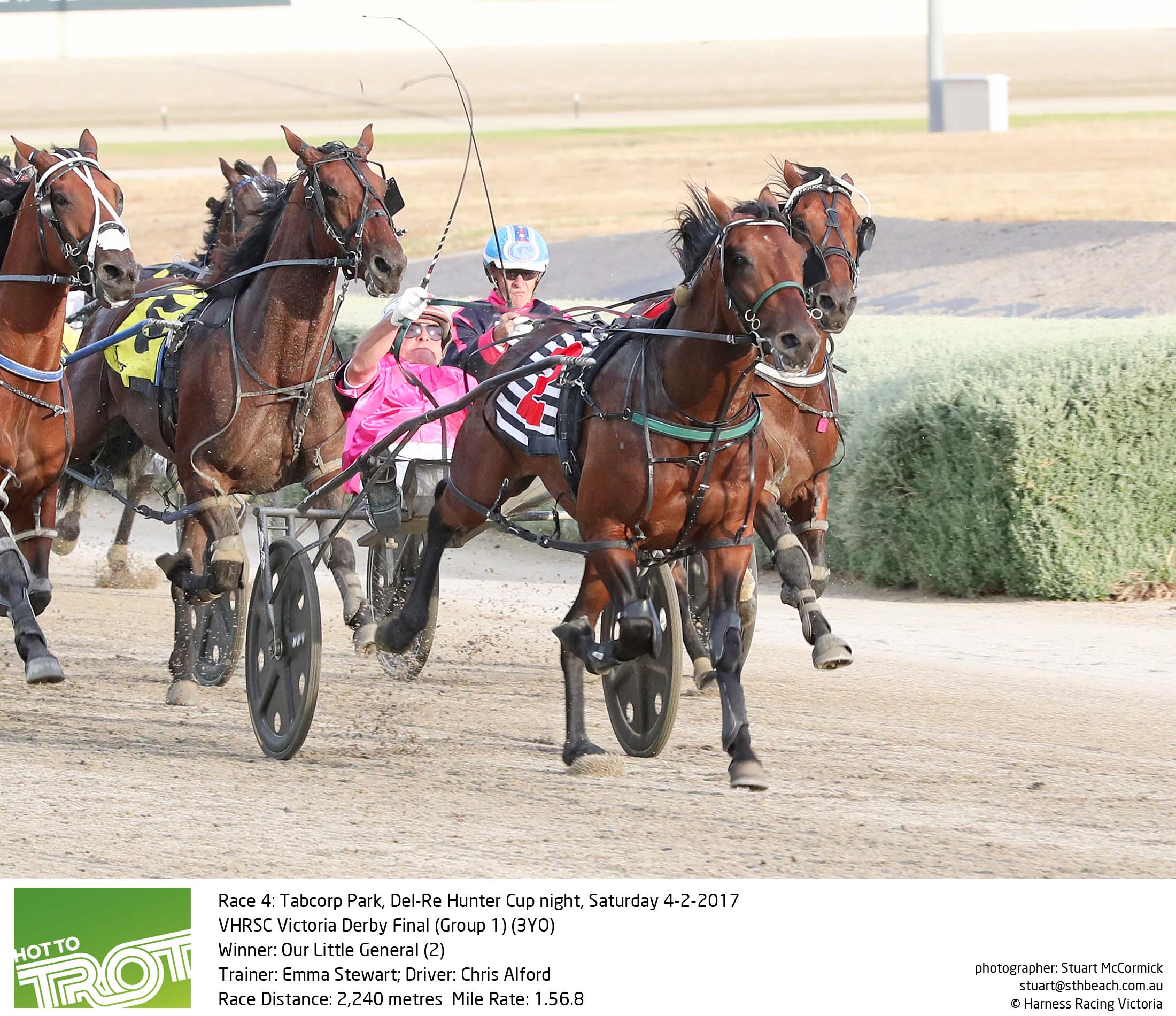 CLASSY youngster Our Little General is in a solid position to join a select group at Tabcorp Park Melton on Sunday.

Engaged in one of eight Group One Australasian Breeders’ Crown Finals, the Australian Pacing Gold graduate has drawn to lead throughout from barrier three.

Should he emerge triumphant, Our Little General will become just the third colt/gelding three-year-old to successfully defend the title he captured the season before.

Bit Of A Legend was the first to achieve the feat, having scored in 2012 and ’13, followed by Our Waikiki Beach.

Also an APG graduate, Waikiki Beach was successful in 2015 and ’16.

Blessed with gate speed, Our Little General worked to the lead from barrier seven last season before accounting for Astride and Wrappers Delight.

Winner of his semi-final at Bendigo last weekend, the son of Mach Three is in top shape for his title defence according to trainer Emma Stewart.

“I’m very happy with where he is at going into the Final,” Stewart said. “He had a good run in the semi and has come throughout it fine.”

Despite his form, draw and proven record, Our Little General is listed on the fourth line of betting with TAB Fixed Odds offering $11.

New Zealand raider The More The Better, which finished second behind Our Little General last weekend, is a prohibitive $1.60 after drawing the pole.

“The More The Better is the one to beat, especially after drawing one,” Stewart said. “He is a class horse and has the right draw.”

The two stables are also expected to dominate the two-year-old division, with Stewart represented by Tam Major and Poster Boy.

Purdon and Rasmussen will contest the Group One with Sicario.

While outsider Tam Major has drawn well in gate four, Poster Boy and Sicario will begin from nine and 10.