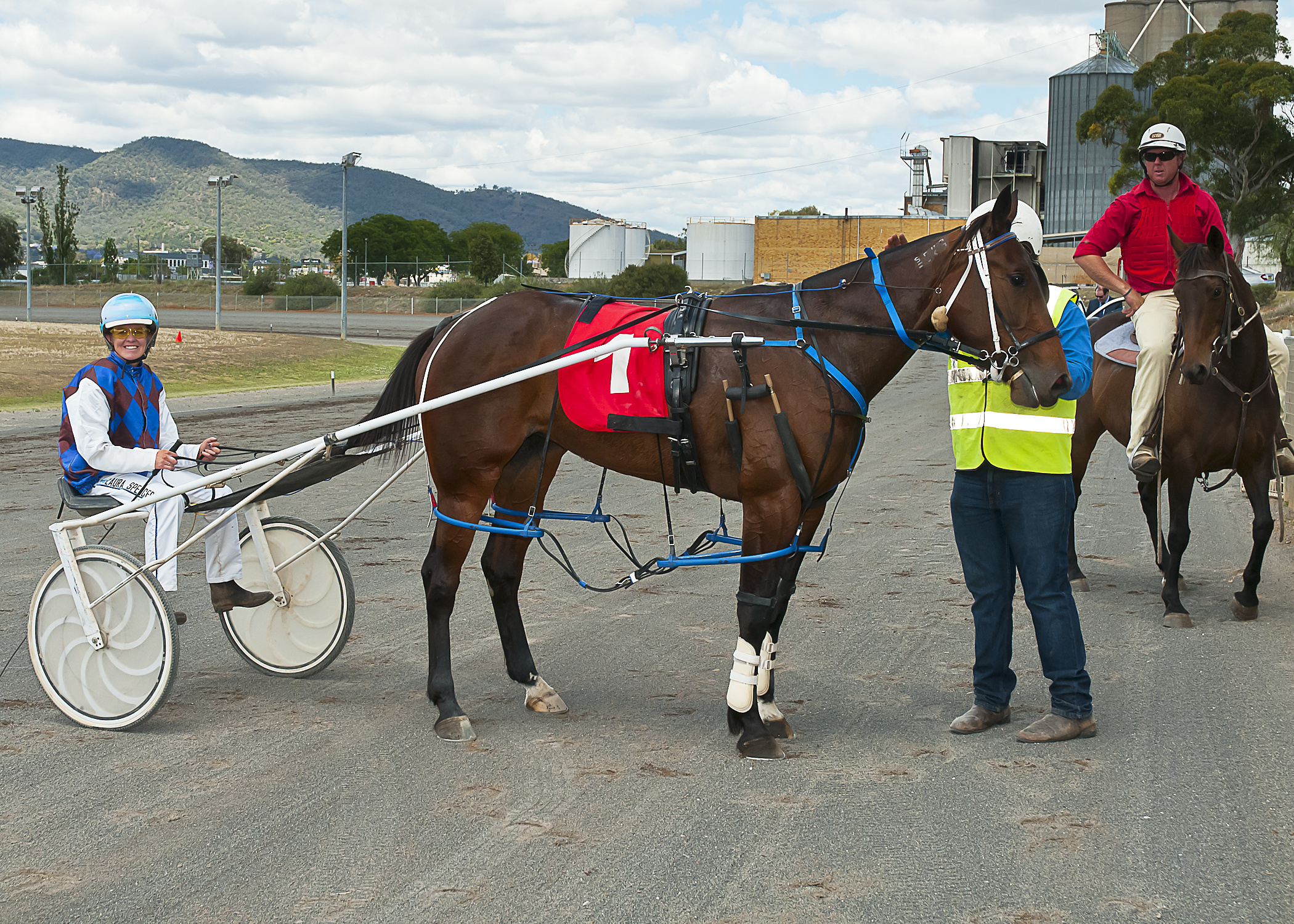 GIRLS GET THE LAST LAUGH – AGAIN

IT’S plain and simple . . . the women outdrove the men at the Tamworth last Sunday.

“I knew the win was coming and I had to be patient in the drive.

“He tends to go better when they run hard up front, but I was a bit worried when they slowed down.

“About halfway up the back straight I pulled out four wide and let him go and he kept going.

“To finally have a good draw that worked out in his favour – he has done well.”

Hosking drives for her grandfather Robin Hosking, who was pleased to see his granddaughter crack the Tamworth win.

“I had my first drive here at Tamworth and won it,” chimed the elder statesman.

Hosking was happy to celebrate her first win at Tamworth having competed on the Paceway before with no luck.

Maitland reinswoman Laura Spencer opened the account for the ladies in the first event when she drove the Gerry Osborn-trained Always Ivy in the We will Remember Them Pace.

Fresh from driving and training three winners at Maitland the week prior, Spencer utilised the number one barrier as the filly broke her maiden at $11.50.

“She is very green and needs to learn a bit more, but she picked up the win today, so that is all that matters,” Spencer said.

After dictating the pace, Spencer only had to contend with opposition during the concluding stages when Always In The Red driven by Maddi Young made a challenge.

“I thought Maddi had me, but my horse saw them coming and gave a little a little bit more,” Spencer said.

“Once she gets a few more race starts under her she will pick it up.”

With only the one drive on the program Spencer was determined to return home a winner.

“If you are only coming for the one drive you have to make the trip worthwhile,” Spencer said.

“It is the first winner that I have driven for Gerry in four years so I am really happy with that.”

With Rayong Princess leading, Young had Western Safari placed in the one-one.

“When they went hard early it made it better for her,” Young said. “I thought they would slow up down the back, which they did, and I was lucky enough to get out.”

Young is presently working for the Robbie Morris/KerryAnn Turner stables.

“I am lucky to be working for them and getting a few drives,” Young said. “Three weeks in a row I drove a double at Newcastle meetings”.

Local reinswoman Sarah Rushbrook was then back in the winners’ circle when Christian Shannon caused an upset at $32.50.

Rushbrook has had Christian Shannon in her stables for six starts before the win.

“He hasn’t had much luck at all in his races,” Rushbrook said. “He has had some bad draws, but I thought he had to be a chance today.

“He is one of those horses that you can’t back him off too much, so you have to let him roll a little bit – hopefully it is the start of more to come.”

Weidemann then rounded the day up for the women when she drove Lehmann ($3.70) to a half head win over Quincy Storm, with Artisticia Uno a metre away third in the Wardle Osborn Chartered Accountants Pace.

“He is a bit of a rouge and I wanted to come down to Tamworth, but the others went to  Mullumbimby Show,” Weidemann said.