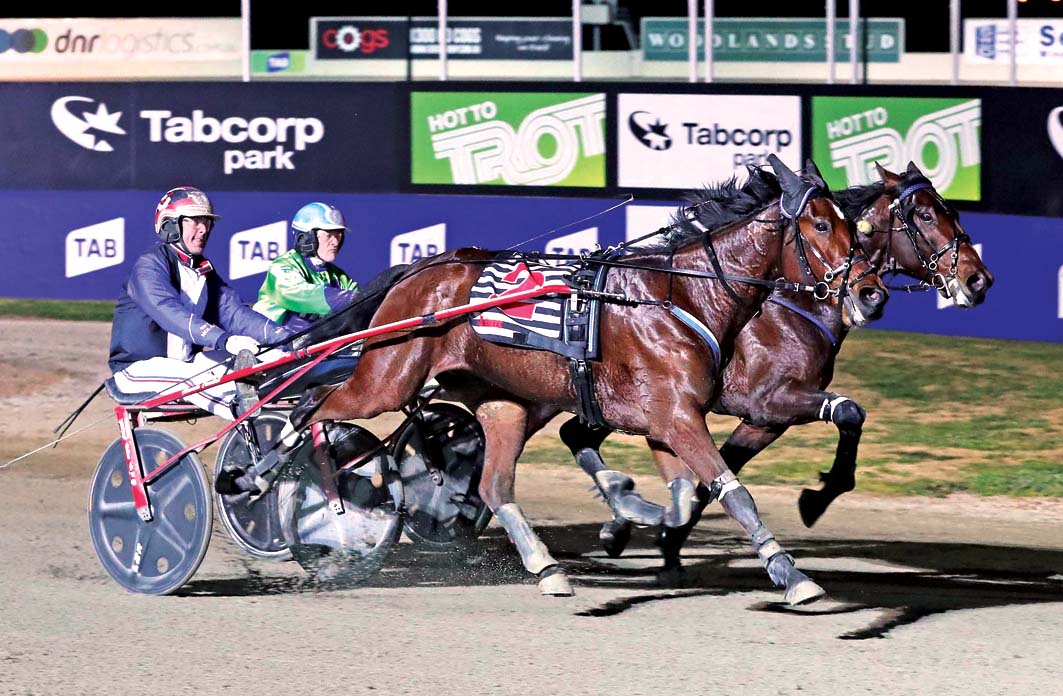 LIKE the majority of the field, promising youngster More Shades Of Gold faces an ‘acid test’ at Tabcorp Park Melton on Friday night. Winner...

LIKE the majority of the field, promising youngster More Shades Of Gold faces an ‘acid test’ at Tabcorp Park Melton on Friday night.

Winner of his last two starts, the gelding has indicated he is capable of contesting key majors such as the upcoming Victoria Trotters’ Derby this preparation.

Hopeful the son of Majestic Son is heading towards the Blue Riband, trainer Nicole Molander is using The Holmfield as a guide to the remainder of More Shades Of Gold’s season.

Should the three-year-old compete admirably Molander will target the Derby, but a poor performance will result in a change of plans.

“He is coming along nicely” Molander said. “He’s just doing what he has to do and we are quite happy with that.

“He keeps showing us a little more than what we expected each time he goes around, so he’s got to be given his chance to prove himself in a nice race.

“This will be a test for him to see where he is at, but he has beaten some nice ones before, so with a bit of luck he can do it again.”

To be driven by master reinsman Gavin Lang, More Shades Of Gold has drawn barrier three, with one of his main dangers – Scallywag Sam – to begin from two.

Prepared by Any Gath, Scallywag Sam is unbeaten from two Australian starts.

“More Shades Of Gold has proven he can come out of the gate quickly, so hopefully he will settle in a good position from there,” Molander said.

“There are a number of good trotters, with strong form, in the race, so picking one as the danger is difficult… the field is the one to beat!”

Captain’s brother shines in debut
Can unbeaten colt reach heights of famous father?
Mike Ko’cass with all the Tuesday winners at...
Completion of seemingly impossible task
About author