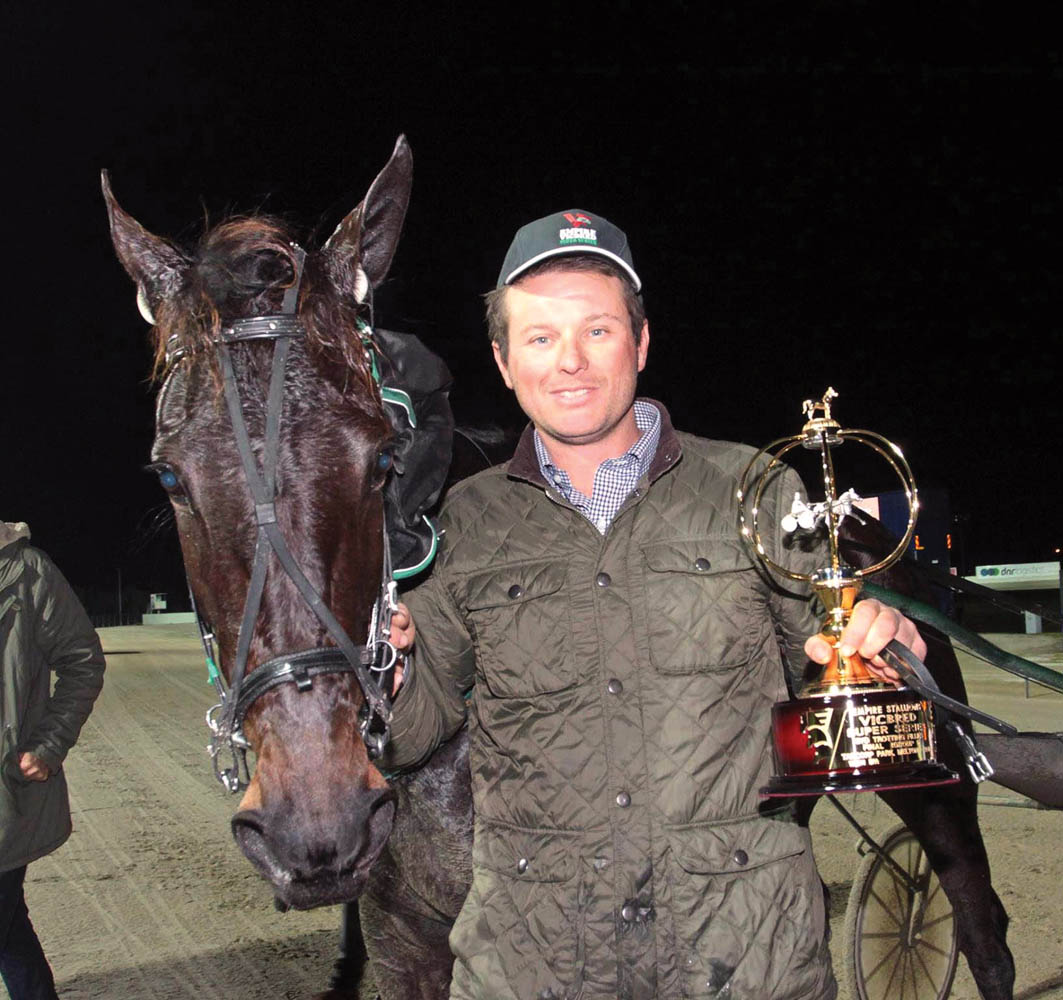 Golino has a truckload of chances

RIVAL trainer David Miles suggested Anton Golino has some of the best-bred young trotters in Australia, if not the world. Now Golino has done...

RIVAL trainer David Miles suggested Anton Golino has some of the best-bred young trotters in Australia, if not the world.

Now Golino has done the right thing by Sydney harness fans by bringing a truckload of them, including several unraced performers for Saturday night’s three big $30,000 trotting finals at Tabcorp Park Menangle.

Indeed the ace Victorian trainer admitted that if he had a bigger truck he might even have brought a few more up for the three features.

As it is, Golino will have an incredible six of the 10 starters in the night’s main race, the Peak Trot NSW Two-Year-Old final, a 2300m test for the youngsters which should produce more than a few fireworks.

Amazingly Golino isn’t overly confident he can win the race either as fellow Victorian trainer-driver David Miles has only the one starter in the race, but it’s a good one in Tuesday’s impressive winner Emerald Stride.

The Emilio and Mary Rosati-owned youngster set a new Australian record with a stunning win on Tuesday, one which even surprised Miles who wasn’t certain how his youngster would go first-up after making the long journey from Victoria to be stabled at Darren Hancock’s Pheasants Nest barn.

“I guess when you don’t realize they are going that fast it is the sign of a decent horse and hopefully this little girl goes on to become a good one for us,” said Miles after Emerald Stride rated 2:02.4 for her last mile to break Ten Commander’s 10-year-old record by 1.7 seconds as she stormed away to win easily.

“If she can race like that again on Saturday night they’ll know she’s in the race,” said Miles.

“But you cannot be too confident when you see that Anton has six in the race and they are so well bred.”

Golino did admit he had a special liking for two of his youngsters, Montpellier and All Cashed Up.

“They both should make nice trotters but I did take them to Shepparton for their first race starts and they both went into a break,” Golino said.

“Hopefully they’ll go alright at Menangle and I am happy to have a big team there to support the series.”

Golino also has the talented Une Belle Allure in the four and five-year-old trotters’ $30,000 final and she won her only start at Menangle in May last year when successful in the NSW Trotters Oaks.

He also has the superbly-bred La Grange (by Muscle Hill out of La Coocaracha) in the three-year-olds’ final and as the winner of her only Menangle start must be the one to beat.