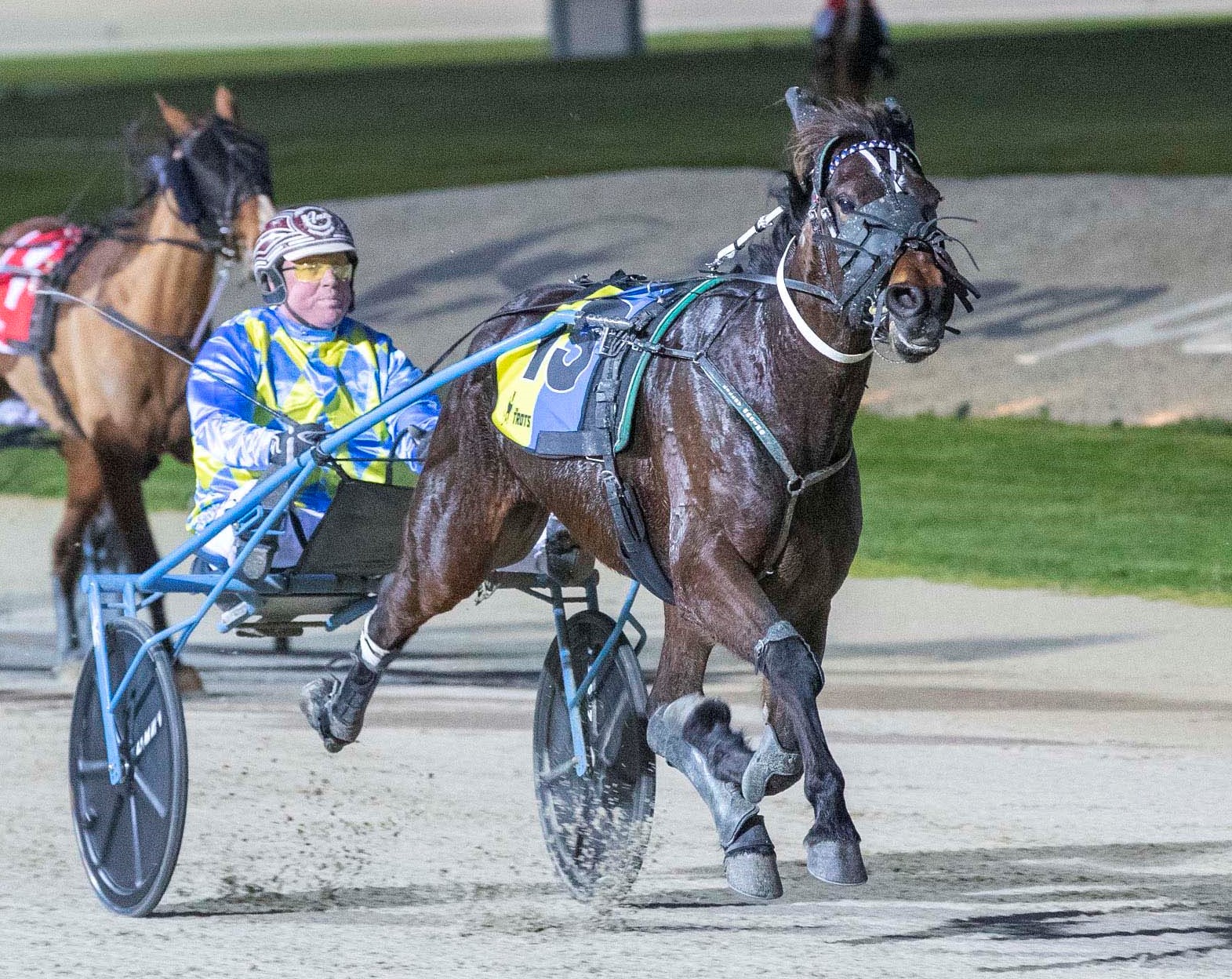 Liberty Stride looks the one to beat at Menangle today.

Good horses coming through the gates

Anthony Butt7 Menangle215
HE is better known for piloting the fastest pacer in the Southern Hemisphere, My Field Marshal. Yet Anthony Butt is winning more than his...

HE is better known for piloting the fastest pacer in the Southern Hemisphere, My Field Marshal.

Yet Anthony Butt is winning more than his share of the ‘bread and butter’ races at Tabcorp Park Menangle as well and heads there this afternoon with several outstanding chances.

The former Kiwi reinsman had settled in well in Victoria but when his brother Tim moved to Sydney from New Zealand, Butt soon followed and has been a dominant force in the drivers’ ranks since arriving here.

And while he came here hoping for a more relaxed lifestyle, Butt soon found himself heading one of the busiest stables in the state when big-spending owner Emilio Rosati approached him to prepare his big team.

Butt has about 35 horses in work and jokes that more good horses just keep coming through the gates.

“We have some quality horses here now,” Butt said. “It has worked out pretty well as I am still able to drive most of Tim’s horses as well as my own.

“We love it here and the lifestyle does suit us, especially with Menangle being just about on our doorstep.”

Butt will be looking for another big day at Menangle with five good drives on the eight-race card.

That includes the first two favourites . . . unraced trotter Kar Manor ($2) for brother Tim in the opening race and Liberty Stride from his own team in the second event.

Kar Manor, despite facing a field of tried and tested trotters, has been installed a $2 favourite in early markets following two trial wins at Menangle, including a 21.1-metre win last week beating Agent Maori and Bacardi Barmaid.

Drawn the outside of the front line, Kar Manor burst out of the mobile in his recent trial, racing to a 25-metre lead shortly after the mobile let them go and gave nothing else a chance. No doubt Butt will be hoping to catapult to the lead and do the same from this afternoon’s draw.

Classy mare Liberty Stride ($1.55) also looks to have a mortgage on Race 2 after a hard run when she finished second to Flingandwingit at Menangle last week when she raced without cover for most of the journey.

With four wins from 11 starts, last week’s placing was Liberty Stride’s first race start since coming across from New Zealand, via four Victorian starts and a Melton win.

Despite her awkward draw this afternoon, Liberty Stride looks a cut above most of her rivals and should give Butt a perfect start to another big day.

Winning is in their blood
Striding up the premiership ladder
Mike Ko’cass finds us a winner at Menangle S...
Another treble could be on the cards
About author