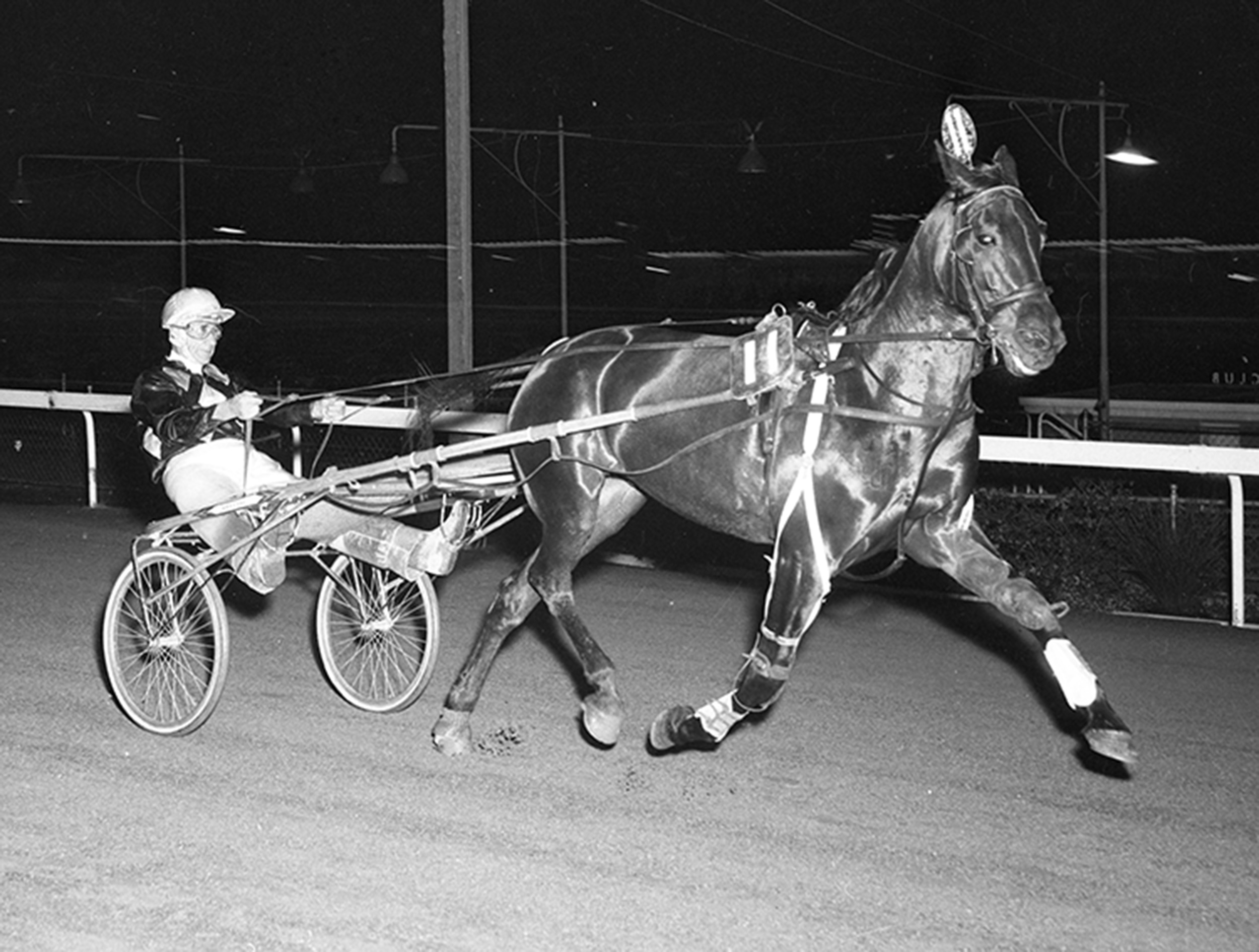 Gramel was the darling of South Aussie harness fans

AS PART of the Mares Month of May, www.nationaltrotguide.com.au will produce features on some of harness racing’s leading ladies. Proudly supported by world-renowned breeding...

AS PART of the Mares Month of May, www.nationaltrotguide.com.au will produce features on some of harness racing’s leading ladies.

WHEN discussing the best mares Australasia has witnessed – especially trotters – there is arguably none bigger than Gramel.

The darling of South Australia during the 1960s, Gramel displayed freakish qualities that would have most of the modern generation gasping for breath.

Putting it frankly, Gramel – or Gracie as she was affectionately known – would ‘date’ most of the modern-day trotters.

Even the records of highly-rated stars such as Maori’s Idol, Scotch Notch, Lyell Creek, Sundons Gift and I Can Doosit pale in significance to some of Gramel’s feats.

None of the above were forced to race off handicaps such as 256 yards like Gramel was at the Adelaide Showgrounds.

Despite her mark being just 19 yards short of half the track, Gramel emerged victorious!

The toughest handicap Maori’s Idol faced during his record run of 24 consecutive wins was 60 metres.

Conceived in New Zealand and foaled in South Australia, Gramel was a 1957 result of a mating between Johnny Globe and the Light Brigade matron, American Brigade.

Failing to attract a satisfactory bid during the 1959 Adelaide Yearling Sale, the youngster was eventually sold to Frank ‘Silky’ Jones for 375 guineas.

Jones then approached astute trainer Jack Roberts to prepare his latest purchase, with Roberts hesitant to say the least.

Roberts has been quoted as saying his first impression of Gramel was that of a “ewe-necked, small filly, with no tail, only a few hairs.”

Bred to be a star pacer, Gramel refused to work with the hopples, and after plenty of failed attempts, was converted to a trotter.

That decision saw the start of a beautiful friendship.

Unraced at two, Gramel had four three-year-old starts, for a win and a second behind Top Command in the New South Wales Trotters’ Derby.

Gramel started to blossom the following season, which yielded seven triumphs and three seconds from 14 outings.

Her effort to win off 96 yards at Strathalbyn on May 1, 1962 was described by the late Clem Hewitt as “one of the greatest trotting performances seen in South Australia.”

During her following campaign, Gramel won 11 of her 19 starts, with three seconds and two thirds also to her credit.

One of those victories was off 108 yards at Strathalbyn in October 1962 when Gramel scored by 60 yards.

Other wins that season included performances from 120, 96 and 132 yards, with her biggest success coming in the V L Dullard Cup at the Melbourne Showgrounds.

As a six-year-old, Gramel raced 17 times for 11 wins and five placings. Her successes were off marks such as 144 yards against trotters and 12 yards against open class pacers.

Her wins including an outing against the opposite gait in the Gawler Free-For-All, which ranked Smokey Eric among the beaten brigade.

Earlier in the year, Smokey Eric won an Inter Dominion heat and contested the Final won by Cardigan Bay.

Gramel also produced what is regarded as her finest win that season, when she overcame 48 yards to successfully defend her Dullard Cup title.

Caught three-wide for the first three laps around Ascot Vale’s saucer-like circuit, Gramel won easing down by 15 yards from Tara Gold and Shellgrit.

Amazingly, Gramel was then entered in a match race with South Australia’s best pacer, Braganza, which saw out her season.

Vigorously driven by Dick Webster to catch the bold striding Gramel, Braganza scored in the last stride to win by a half-neck in 2:06.2.

The following term, Gramel won races in three states and also time-trialled in 2:01.2 at Harold Park, the fastest mile registered in the Southern Hemisphere.

Gramel was also successful in New Zealand, including a clean sweep of her three Inter Dominion heats before finishing fourth in the Final won by Poupette.

Sent for a well-earned break, Gramel was better than ever the following term, breaking records at will as an eight-year-old.

Completing a hat-trick at Harold Park early in the year, Gramel returned home to win off 156 yards at Gawler.

Finishing third behind Minuteman in a free-for-all, Gramel was then back in Sydney again, this time for the Inter Dominion.

Unsuccessful in her heats, Gramel faced a daunting 72-yard handicap in the Final.

Suffering interference early, Gramel had to settle for a half-head second behind Yamamoto.

Sick of the huge marks their champion was being forced to endure, connections decided to race Gramel in America on a two-year lease.

Gramel’s career on the other side of the equator failed to live up to expectations.

Last at her first two American starts, Gramel won her fourth outing before contracting a virus and being sent for a spell.

Upon her return to the track, which yielded two wins, it was apparent Gramel was not going to scale the heights originally planned, with Jones buying out the remainder of her lease to return his grand mare ‘Down Under’.

After spending six months in England under quarantine laws, Gramel was eventually back in Australia.

Connections decided to give the 11-year-old another campaign, with Gramel chalking up her final win when she beat Adios Van and Fruit Queen at Wayville.

As for her stats, Gramel set 23 track records during her illustrious career while overcoming handicaps that would have today’s generation calling for the RSPCA!