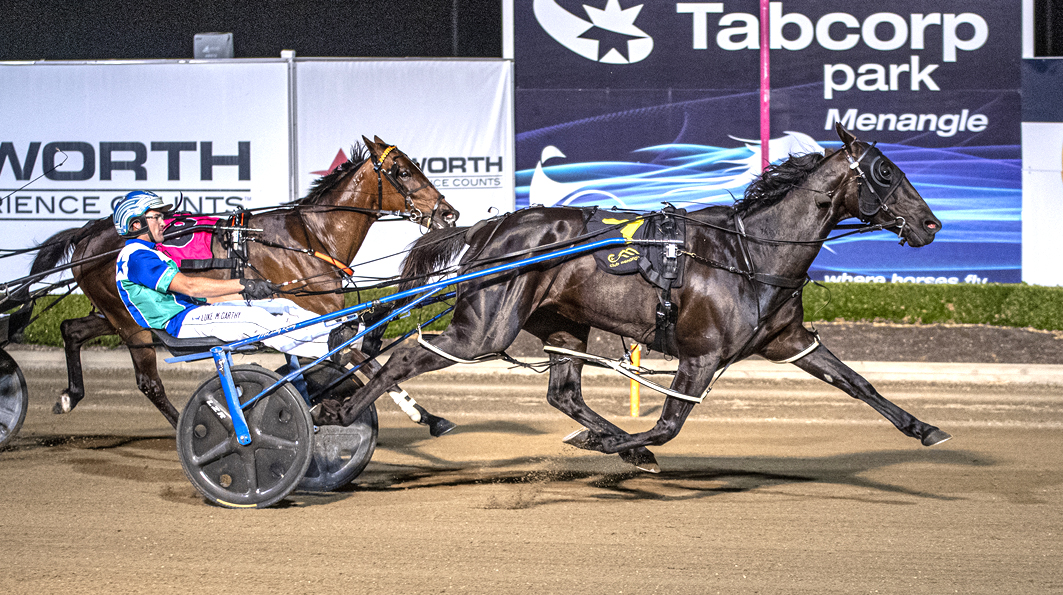 According to veteran horseman Tony Peacock it is winning a feature while having some of your grandkids there to share the excitement.

Peacock made the trip to Dubbo with members of his family for last night’s Mares’ Classic, which he won as a co-owner of Bettor Enforce.

“I had my daughter Crystal and her kids with Shelley and I at the track and it was great to share the excitement with them,” Peacock said. “The three of them, Paige, Lacey and Cash, were pretty excited.

“I reckon I was more excited just watching how much enjoyment they got out of it.

“It certainly made the whole night a lot more memorable.”

Driven by star reinsman Luke McCarthy, Bettor Enforce was settled towards the tail of the field from her second row draw as Rnr Windermere led from the pole.

Angled three-wide during the middle stages, Bettor Enforce dashed to the lead along the back straight before cruising to an impressive 12-metre win from Rubies For Tash, with Takara Truffle two metres away third.

Rating 1:57.6 over 2120 metres, the daughter of Bettors Delight stretched her record to three wins from four starts for Cross.

“I think Craig will give her an easy few days now then look for some more suitable races.

“Long term we’ve got our eye on the Ladyship Mile at Menangle at the end of February.”