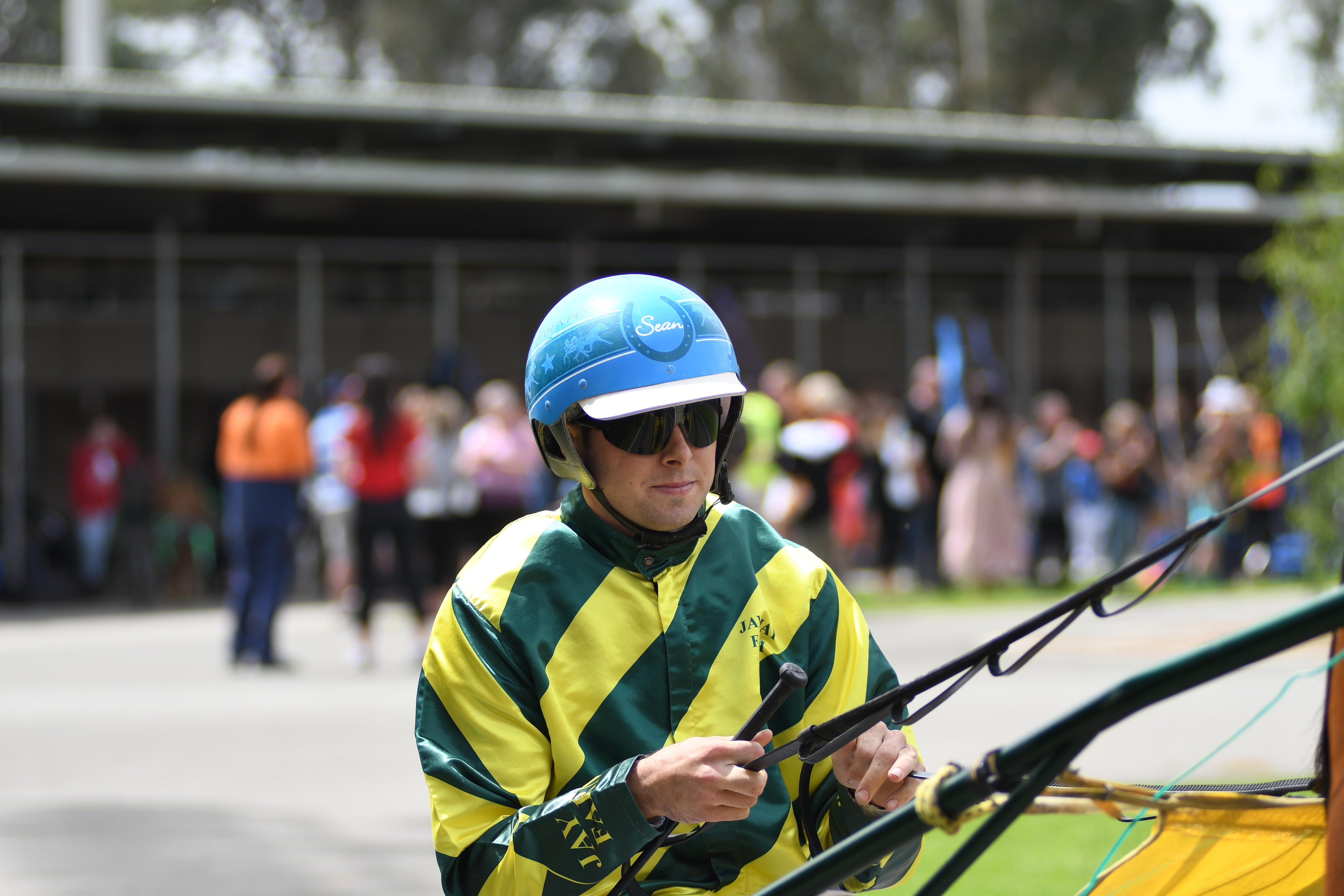 HAPPY TO DON THE COLOURS FOR THE STABLE: Sean Grayling.

Grayling, Blake happy to step up for injured Gav

WITH leading reinsman Gavin Fitzpatrick still recovering from a nasty fall at the Penrith trials, his father, ace trainer Paul Fitzpatrick is using another of his sons, Blake, as well as stable foreman Sean Grayling, to handle the lion’s share of his team.

Gavin will miss the opportunity to handle Zeuss Bromac during the upcoming Inter Dominion, with Blake an able stand-in last Saturday night when the stallion finished a close second to the talented Ignatius at Menangle.

Paul has just one runner at Menangle today with the lightly-raced Pay Day to be handled by Grayling, who has also been driving in great form in recent weeks.

He will need to be at his best in Race 5 to overcome a handy field and is a $17 outsider in the eight-horse field as Grayling will probably have to be drive for luck.

Fitzpatrick senior, like so many trainers in Sydney, is now looking forward to the Inter Dominion returning to Sydney although his feature winner of the Nick Robin Memorial Free-For-All from Saturday night, Jay OK will not be competing and he’ll instead rely on Zeuss Bromac to fly the stable flag.

“You have to be a strong horse to compete three times in a week and then back up in the final,” said Paul.

“And the extra travel puts more pressure on the horses.

“Zeuss Bromac is a strong horse and he doesn’t have a lot of options because he’s New Zealand bred.

“That run topped him off Saturday night and it took a good horse like Ignatius to beat him.

“He’ll go straight into the heats of the Inters now and I think he’ll get better as the series progresses.

“It’s all about getting enough points. If you draw well and don’t get points it makes qualifying for the final a lot harder.

“You just have to make the most of a good draw.

“From a bad draw, it is difficult to put them into the race because it can knock them around too much.

“But by the time they reach the final, they are so rock-hard fit, they can just about do anything.”

Meanwhile Blake Fitzpatrick is hoping to compete in the Inter Dominion Trotters’ Championship with the talented Kiwi One Majic Kenny and after a strong second to Empire Bay on Saturday night he’ll be hoping he can sneak up the rankings and qualify for the series.

In-form Blake making waves in two racing codes
Blake on track for a big night
Fitzy’s fit and firing . . . and so is his t...
Anntonia putting a spring in Blake’s step
About author