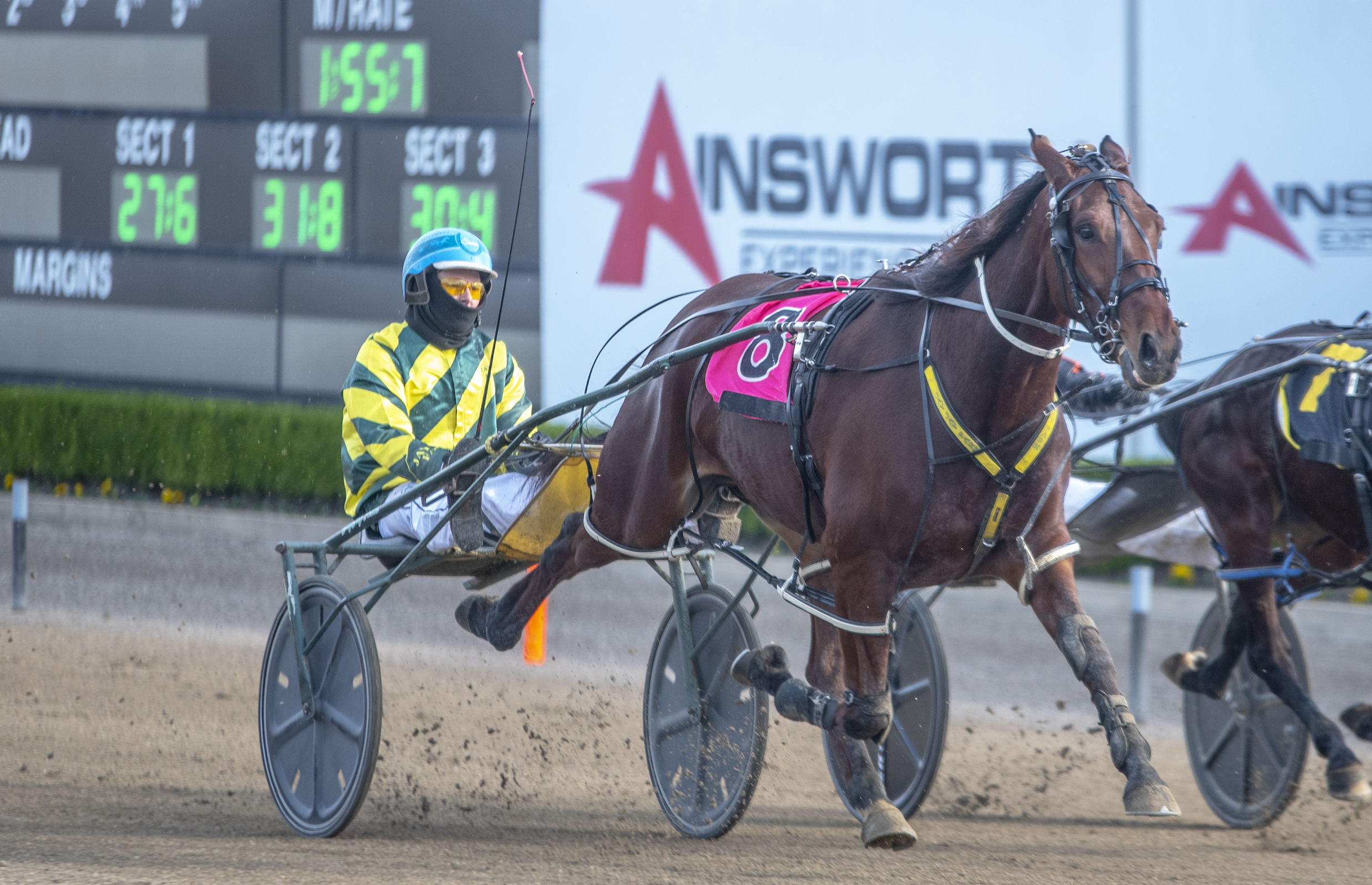 Looking for an all-the-way win . . . Dee Double You

Now a proud Sydneysider, Grayling, a former Kiwi, has established himself alongside some of the best reinsmen in Australia since linking with the powerful Paul Fitzpatrick stable at Cawdor, in Sydney’s south-west.

And his recent spate of good form should continue at Tabcorp Park Menangle today when he handles impressive gelding Dee Double You for the Fitzpatrick team in Race 7.

With seven wins from just 15 starts, Dee Double You seems to click with Grayling in the bike and the pair won races at Menangle and Bankstown last season before resuming from a six-month spell with a first-up seventh at Menangle last week.

“I’ve been lucky as I’ve been in some competitive races with him,” Grayling said. “Last week he got a bit too far back and just couldn’t get into it.

“He’s pretty quick out and hopefully I can hold the lead today from his good draw in one.”

Grayling said his form did tapered off a bit, mainly due to illness and suspension, and he missed about four weeks of action.

“I’m starting to get going again and hopefully the good run can continue,” Grayling said.

“I love it here and the lifestyle really suits me,” Grayling said.

“I’ve driven some nice horses like Match In Heaven and Pay Me Sam in Sydney. I also drove Jack’s Legend in its first couple of starts as three-year-old in New Zealand.

“We’re pretty busy at the moment – we work about 35 here at Paul’s stables.”

“It’s a bit of a tricky draw and he didn’t have much luck last-start, but he probably needs to be up on the speed to be any hope today.”

Grayling also trains Pump The Brakes for himself and after getting him out of a claimer he will probably go around on Saturday night and is more than paying his way.

“He’s a nice bread-and-butter horse. I claimed him for $6000 and he’s more than won that back without being really tested,” Grayling said.

“He lacks a bit of speed at Menangle but he’s always an each-way show if he can get a race over 2300m.” 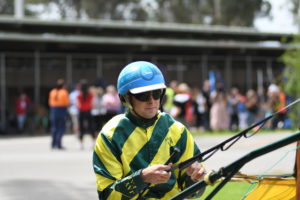