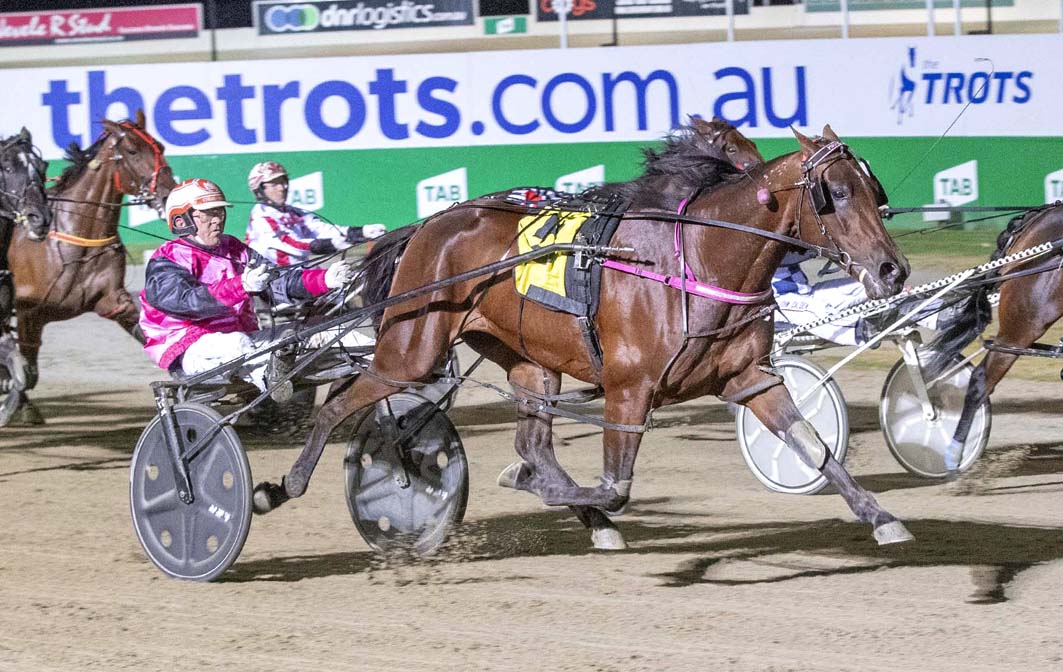 SHORT term plans are yet to be set for last Saturday night’s Queen Of The Pacific winner Pistol Abbey. Unsure what the four-year-old’s next...

SHORT term plans are yet to be set for last Saturday night’s Queen Of The Pacific winner Pistol Abbey.

Unsure what the four-year-old’s next target will be, trainer Emma Stewart has set the Vicbred Super Series as Pistol Abbey’s long range assignment.

Heats of the series begin next month with the $130,000 Final scheduled to be conducted at Tabcorp Park Melton on July 6.

“I’m not really sure where she will go next,” Stewart said. “I’ll have to look at the program and find something suitable.

“The Sires’ is her main aim so whatever she does it will be based around that.”

Driven to perfection by David Moran during her latest victory, Pistol Abbey caused a massive upset by capturing the Group One at $52.40 on the tote.

Given time to settle into her stride from barrier four, Pistol Abbey settled midfield as Miss Graceland, Reciprocity and Tell Me Tales took turns in the pacemaker’s role.

Gaining a three-wide trail along the back straight, the daughter of Western Terror was taken to the extreme outside around the final bend before sprinting to an eight-and-a-half metre win from Soho Burning Love, with Makes Every Scents three metres away third.

“This was a class field of mares, but I was a bit surprised she paid as much as she did,” Stewart said. “She got the perfect run and will always be running on after that kind of trip.”

Pistol Abbey’s success was the opening leg of a double for Stewart who scored with Poster Boy later on the card.

Having his first outing since finishing third in the Miracle Mile around Menangle on March 2, the son of Somebeachsomewhere accounted for Rishi and Hickstead in 1:54.8 over 2240 metres.

“That was a good first-up run from him,” Stewart said. “He will certainly benefit from that.

“The plans with him are pretty much the same as Pistol Abbey with the Vicbred the main aim with him.”