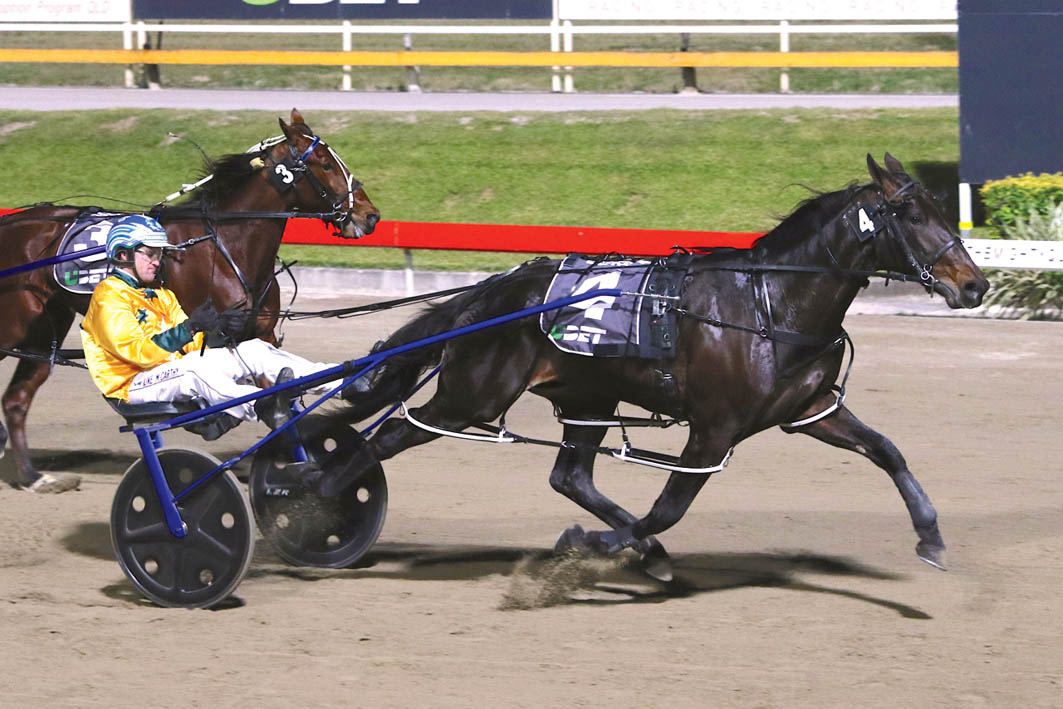 PROMINENT trainer Craig Cross may not be the only member of his stable facing the scalpel in coming weeks. Still experiencing difficulties from a...

PROMINENT trainer Craig Cross may not be the only member of his stable facing the scalpel in coming weeks.

Still experiencing difficulties from a broken leg, Cross could be required to undergo a bone graft next month.

While Cross faces a date with a surgeon, handy two-year-old First String may also be given the ‘cruellest cut’!

Successful in the Group One Qbred Triad Final at Albion Park tonight, First String will be sent for a spell, during which time he is likely to be gelded.

“I’ve been wanting to geld him for a while, but we had the race in Queensland set out for him all season, so it hasn’t been done,” Cross said.

“Although he won tonight, he is still more concerned about being a colt, so I believe he will race better once gelded.

“I have to talk it over with the other owners, but it’s the way I would like to go.”

Driven by Luke McCarthy, First String dashed to the lead from barrier four before being eased to take a trail behind fellow New South Wales raider, Regulus.

Part-owned by Cross after being purchase from the Australian Pacing Gold Sale, First String rated 1:56.4 over 1660 metres.

“It was a good run, and maybe he knew what I’ve got in mind for him, which is why he went better,” Cross joked. “It’s great to come away with the win given this was a long term plan.

“Overall he hasn’t done too badly with three wins and two seconds from 10 starts.”

First String’s victory was the closing leg of a double for Cross, who owns and trains Admiral Bronski, which proved too slick earlier in the evening.

Also driven by McCarthy, the son of Art Major accounted for Flaming Hero and Holy Camp Clive in 1:53.9 over 1660 metres.