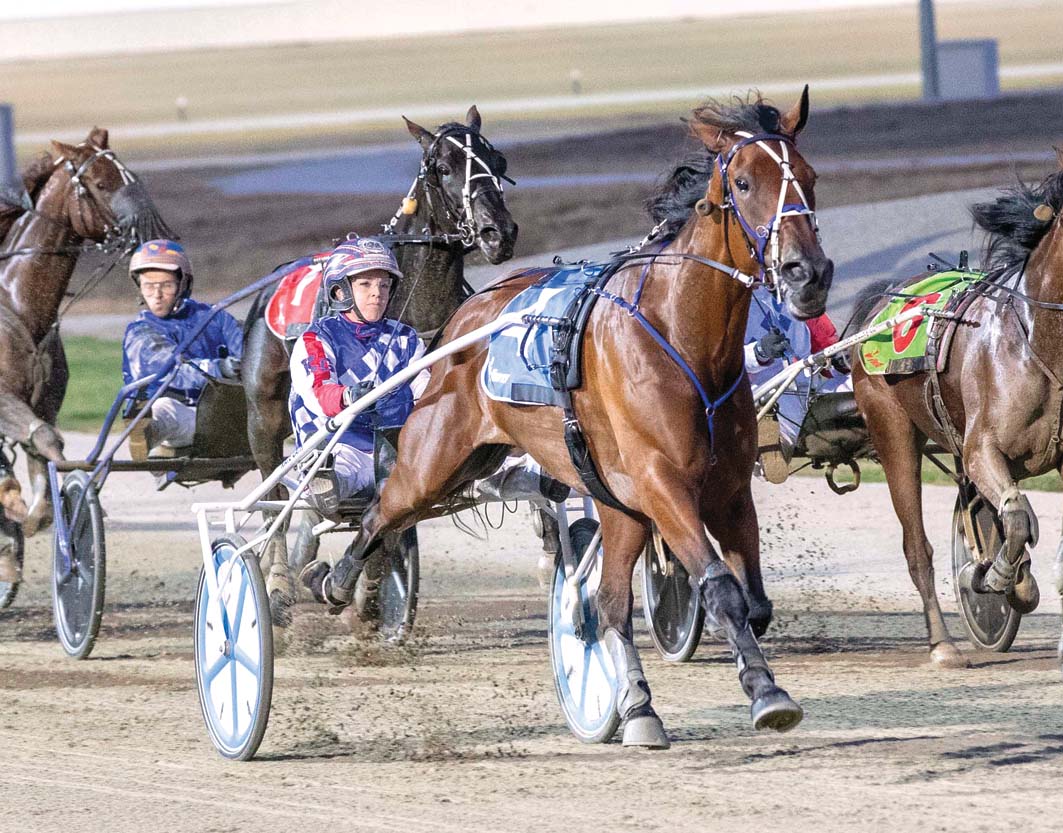 FOR most people an afterthought is something along the lines of grabbing dessert with their take away pizza or a ‘scratchy’ while filling up...

FOR most people an afterthought is something along the lines of grabbing dessert with their take away pizza or a ‘scratchy’ while filling up the car at the petrol station.

For leading trainer Andy Gath an afterthought is winning a Group One.

Preparing Mclovin for a New Zealand campaign, Gath decided to add the Bill Collins Mile to the classy trotter’s agenda seemingly on a whim.

As such Mclovin went into the feature first-up since last July!

“A couple of weeks ago he wasn’t going in this race, it was more of an afterthought,” Gath explained.

“We’re getting him ready for New Zealand and he was feeling pretty good so I thought I’d put him in and give him a good hit out.”

With Gath’s reinswoman-wife Kate holding the reins, Mclovin was eased towards the tail of the field from barrier five as Red Hot Tooth led from the pole.

Angled three-wide without cover at the bell, the son of Monarchy appeared to be labouring around the home turn as though his hard run had taken its toll.

“He seemed like he was under pressure and not going anyway leaving the back so I started to think I’d made the wrong decision by putting him in,” Gath said.

“But he kept coming and did a huge job to win.”

Showing a tremendous amount of intestinal fortitude, Mclovin scored by a head from Big Jack Hammer, with Lily Stride a metre away third.

A revelation since joining Gath’s stable, the son of Monarchy rated 1:56.5 for the 1720-metre trip to take his record to 10 wins and four placings from 15 Australian starts.

Due to leave for New Zealand on November 7, Mclovin will “have a couple more starts” before crossing the Tasman.

“If I can find the right races he will have a couple more starts before we head to New Zealand,” Gath said.

“I’ll have to look at the program and see what there is for him.”