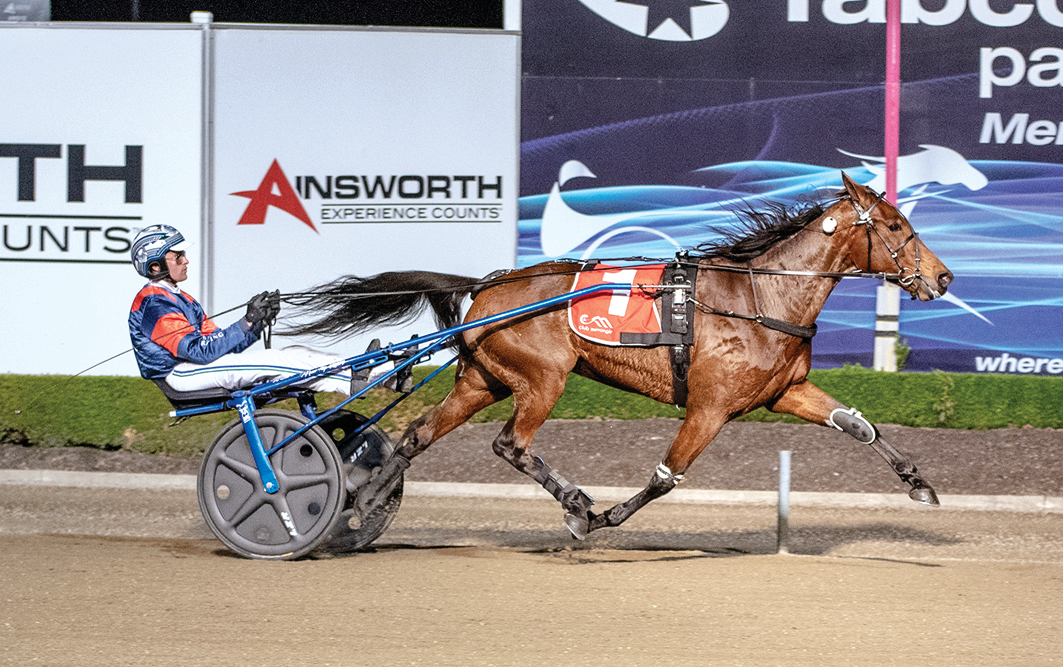 DESPITE her victory at Tabcorp Park Menangle last night, handy trotter Glenferrie Burn is facing retirement. With her career at a cross roads, trainer...

With her career at a cross roads, trainer Anton Golino explained Glenferrie Burn will either enter life as a broodmare or possibly be sold to America.

Given her value as a matron, six-year-old is likely to be retired by the end of the season.

“We are toying with the idea of retiring her,” Golino said. “The fact there’s no mares’ races she is eligible for, and she has to race against the boys under preferential condition where she always draws out wide so needs a lot of luck, there are not many options for her anymore.

“I don’t want to race the guts out of her just to finish fourth and fifth every week.

“There is a chance she could go to the States, but she does have value as a broodmare.

“I will give her one more run at Melton soon, then it will be time to make a decision.”

Glenferrie Burn proved how lethal she can be when competing against her own sex by claiming The La Coocaracha.

Driven by Todd McCarthy, the daughter of Muscle Hill led throughout from the pole to score by eight metres from Beta Hanoverdakash, with Rompers Monarchy two metres away third.

Glenferrie Burn covered the mile in 1:57.5 to complete consecutive wins in the Group Three.

“She won it last year and it is good to see her get another feature win,” Golino said. “Having that option of racing against mares and getting a good draw made the difference.”