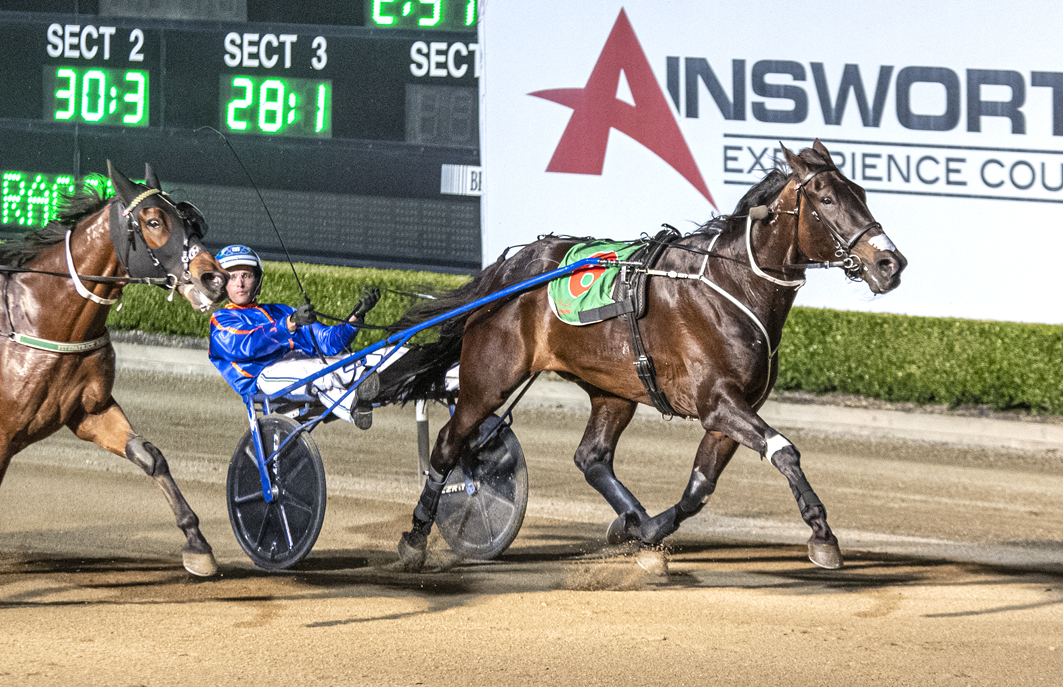 NEXT month’s Trotters’ Christmas Sprint is the main target with Kowhai Monarch. Breaking a long drought from the winners’ circle at Tabcorp Park Menangle...

NEXT month’s Trotters’ Christmas Sprint is the main target with Kowhai Monarch.

Breaking a long drought from the winners’ circle at Tabcorp Park Menangle tonight, Kowhai Monarch has been aimed at the Group Three by co-trainers Joe and Mary Rando.

Kowhai Monarch’s success was his first since scoring at the same venue on November 10, 2018.

That triumph rounded out a hat-trick for the son of Monarchy before being taken south for the Inter Dominion in Melton.

“He came back from the Melbourne Inter Dominion a tired horse,” Joe explained. “After that he had a bit of break before having two starts and then being given another freshen up.

“After another four starts we decided to tip him out and he certainly did well during his time off.

“He came back really heavy and has taken a few runs to get his fitness back to a good level.

“He’s still not at his best, but given his progress from his last start to this one, we felt he had a good chance.”

Driven by Todd McCarthy, Kowhai Monarch began well from his 10-metre mark to settle two-back along the pegs as More Shades Of Gold led from the pole.

Sent forward during the middle stages the gelding worked to the front as the field travelled in “Indian file”.

Proving too slick along the home straight, Kowhai Monarch staved off a late challenge from More Shades Of Gold to score by a metre.

“That was the kind of run we expected from him,” Rando said. “Todd said he felt good throughout and was happy with the way he hit the line.

“He went well but there is still so much improvement in him.”

I won the race…not a female!
Tiger back and ready to roar
Lilac looking to extend winning streak
Draw crucial for filly’s chances in Group On...
About author