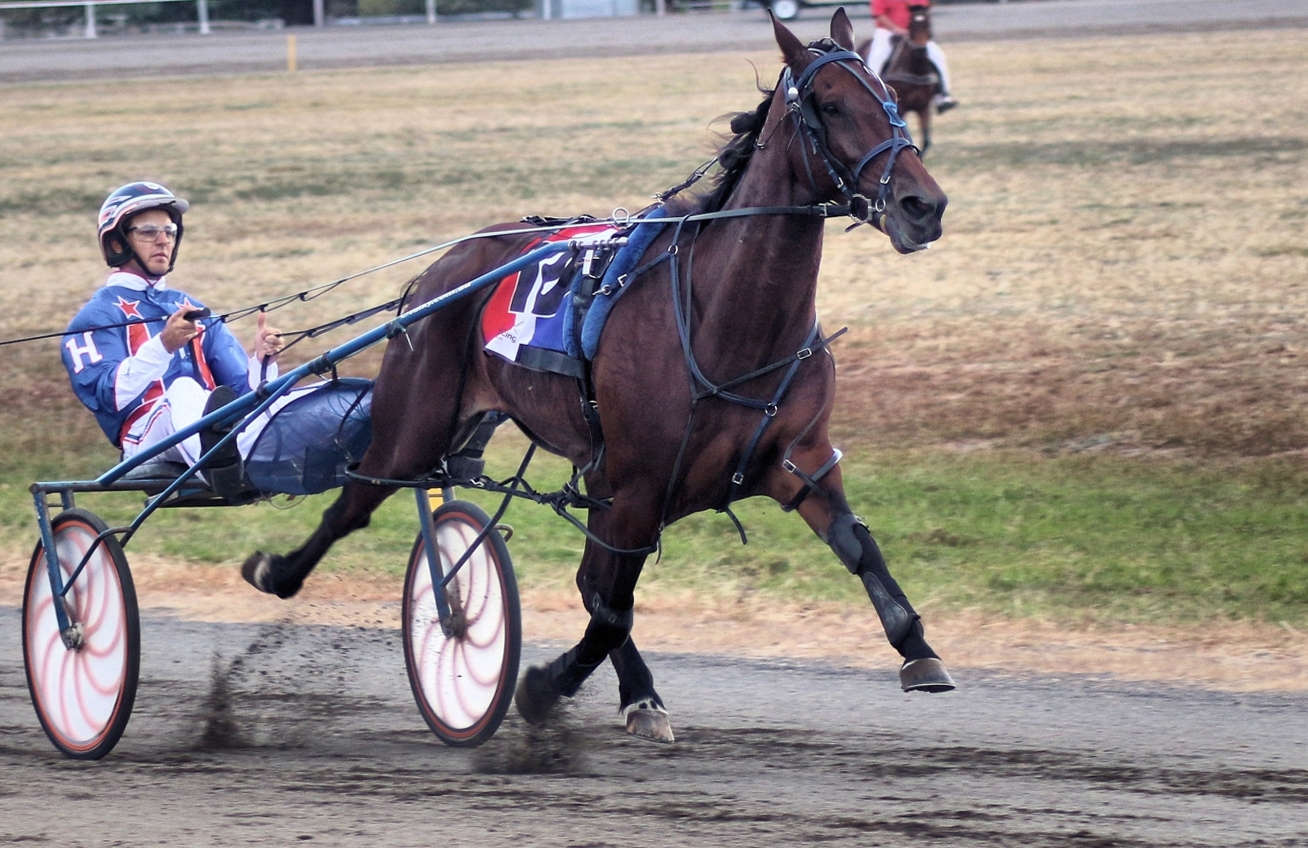 SOMETIMES you wait a lifetime to get a horse with the ability of Strathlachlan Andy. So it was a sad week for Matthew (owner)...

SOMETIMES you wait a lifetime to get a horse with the ability of Strathlachlan Andy.

So it was a sad week for Matthew (owner) and Geoff Harding (trainer) when their star pacer had to be put down after a fall at Cranbourne on Saturday night.

Strathlachlan Andy was racing in Victoria as part of furthering his career but sadly on Saturday night fell as the field rounded the final turn for home.

A vet’s examination after the fall revealed that Strathlachlan Andy suffered a fracture mid shaft on his near hind cannon bone and was humanly euthanised on the track.

Strathlachlan Andy was a little gem for the Bobs Farm (Port Stephens)-based Harding family and the horse’s many followers.

Eight-year-old Strathlachlan Andy was having a campaign in Victoria with success in the stables of Michael Stanley.

The Blissfull Hall-Strathlachlan Gem gelding had 73 race starts which resulted in 26 wins and 24 placings and prizemoney of $185,598.

“He’s the best horse I’ve ever had,” said Geoff.

“Ones that good are hard to come by, but we’ve just got to keep going and hope we get another one like him.

“I’ve been surprised by how many texts and calls we’ve had from people saying ‘we’re sorry to hear’.

“He was part of the family.”

Strathlachlan Andy began his racing career in April, 2013 with a win at his first start at Newcastle with his honour roll showing plenty of success over the years including.

2014: Heat and Final of Muswellbrook Cup

2015: Win in a heat of the Tamworth Golden Guitar before taking out the $25,000 Listed Classic Final of the Prydes Easifeed Golden Guitar

2014: Heat of the Maitland Inter City Pace before finishing sixth to All Eyes On Us in the Group Three Final.

Strathlachlan Andy had two starts in Victoria with a second in the Swan Hill Anzac Cup at his first start before a win at the Cranbourne meeting going 1.55. for 1720m.