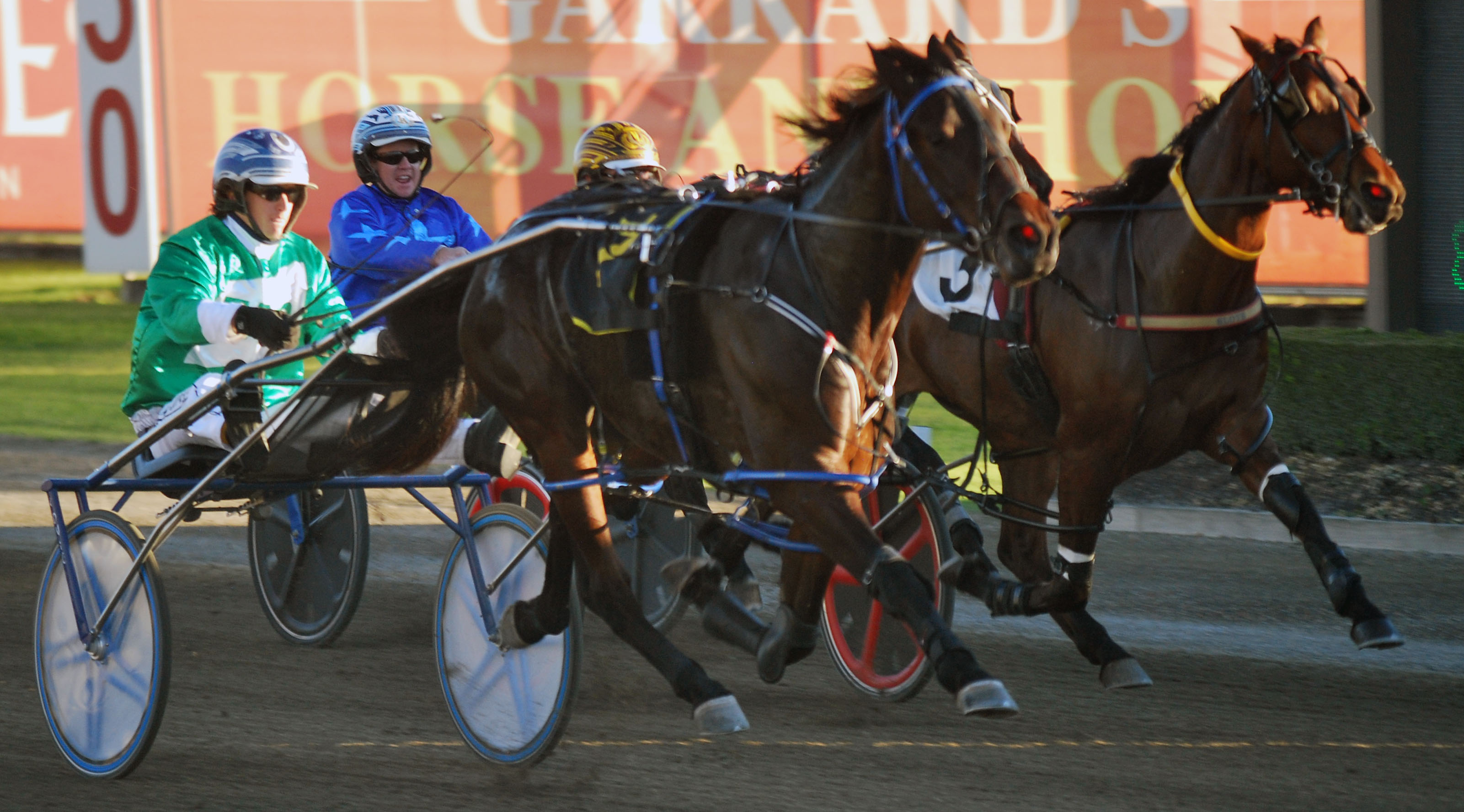 blake jones6 driver5 reinsman4 riverina10 trainer4 Young7
LONG drives and a knack for putting his horses into the action has been paying dividends for young Riverina reinsman Blake Jones this season....

LONG drives and a knack for putting his horses into the action has been paying dividends for young Riverina reinsman Blake Jones this season.

Jones heads for Young trots tonight with five genuine chances to add to his burgeoning tally of winners, most of them for the Leeton stables of Shane Hillier.

Jones will then catch a few hours sleep before jumping back on the road to head for Melton and their big VicBred Super Series meeting on Saturday night where he is down to drive outsider Man Hands in the $120,000 two-year-old fillies’ final.

“It’s a tough draw, so we’d be pretty stoked if we could pick up a cheque here . . . she’s drawn the outside of the second row, which makes it pretty hard,” said Jones.

“But it’s a big night down there and it’s going to be fun to be part of it.”

Jones admitted he would have been happy enough to land about 50 winners for the season after resuming from a suspension this season.

He has passed that easily and is charging towards 100 winners for the season.

“I’ll probably fall a bit short of that, I’ll run out of time,” he said.

“I have five drives at Young and they’d probably all have to win if I was any chance to make the 100.”

Jones is hoping to open proceedings at Young with a win behind former Ian Dornauf-trained gelding Royal Deviate, which is now with the Shane Hillier team.

A last-start winner at Wagga for Jones, Royal Deviate has to come from gate eight, with Jones hoping to put him into the action early in the race and start off a good night.

Still he rates three-year-old resounding in Race Five as probably his best hope of the night.

“If she can muster enough early speed to hold from the pole I think she’s the one to beat and probably my best drive of the night,” he said.

“I have been having a pretty good trot with plenty of winners are Wagga and around the Riverina.

“But I have been spending a fair bit of time on the road as well.

“I usually travel by myself so I am right up on the news, put it that way.”

Meanwhile another young lady is quickly making a name for herself among the increasing group of lady drivers in NSW and looks a great chance to add to her tally tonight.

McKayler Barnes has two drives for the Peter Bullock stable, including one of her favourite horses Lorenzo Shannon.

“I can’t remember the last time he drew anywhere near the pole so we might be able to win this one,” grinned Barnes.

The Western Districts reinswoman has been getting more and more drives in recent months and set herself the goal of 10 winners for the season.

“It would be nice to pick up another one at Young.

“Peter [Bullock] has been really good to me with drives and so has the Gaffney stable.”