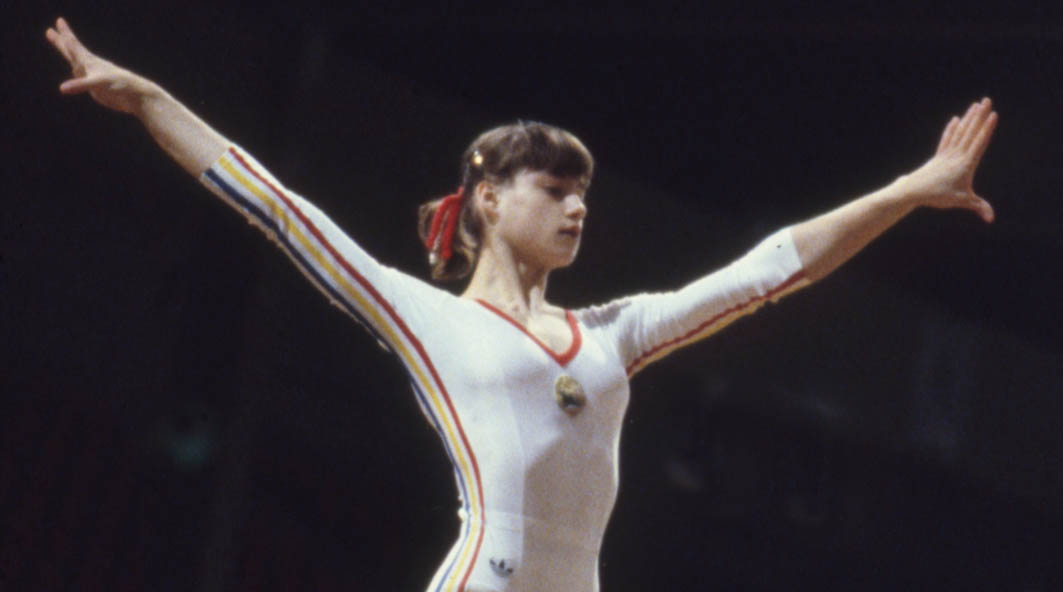 ALTHOUGH bred to be a horseman, Mitch Turnbull has proven to be harness racing’s answer to Nadia Comaneci. A Romanian gymnast and five-time Olympic...

ALTHOUGH bred to be a horseman, Mitch Turnbull has proven to be harness racing’s answer to Nadia Comaneci.

A Romanian gymnast and five-time Olympic Gold Medallist, Comaneci had the world in awe when she became the first competitor in her field to receive a perfect 10 for her performance in the 1976 Montreal games.

Amazingly, Comaneci was again given a perfect 10 during the 1980 Moscow Olympics.

As for Turnbull, his effort at Bathurst last night was closer to a 9.5 as he ‘stick the landing’.

Driving Switowski in the 1200-metre dash, Turnbull was catapulted from the sulky when the son of Four Starzzz Shark crashed to the track just before the mobile released the field. 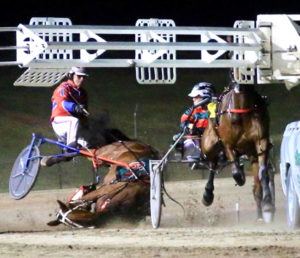 THIS magnificent shot by Sharon Coffee shows Mitch Turnbull at the beginning of his routine.

“He was very stirred up at the start and when I tried to pull him back he galloped and fell,” Turnbull explained.

“I went flying through air and landed on my feet but I was travelling at too much speed and went into a roll and landed up again.

“Yeah, I have been told I should take up gymnastics as a few people are pretty happy with it.”

“The most important thing is Switowski walked away without any serious concerns,” Turnbull said.

“His shoulder took most of the fall and is bit sore, but nothing too serious. He will have a couple of weeks off now just to get over it.”

The evening wasn’t all doom and gloom for Turnbull, who was successful with Smithstars Lexus and Grosestar, with the pair trained by his father, Steve.