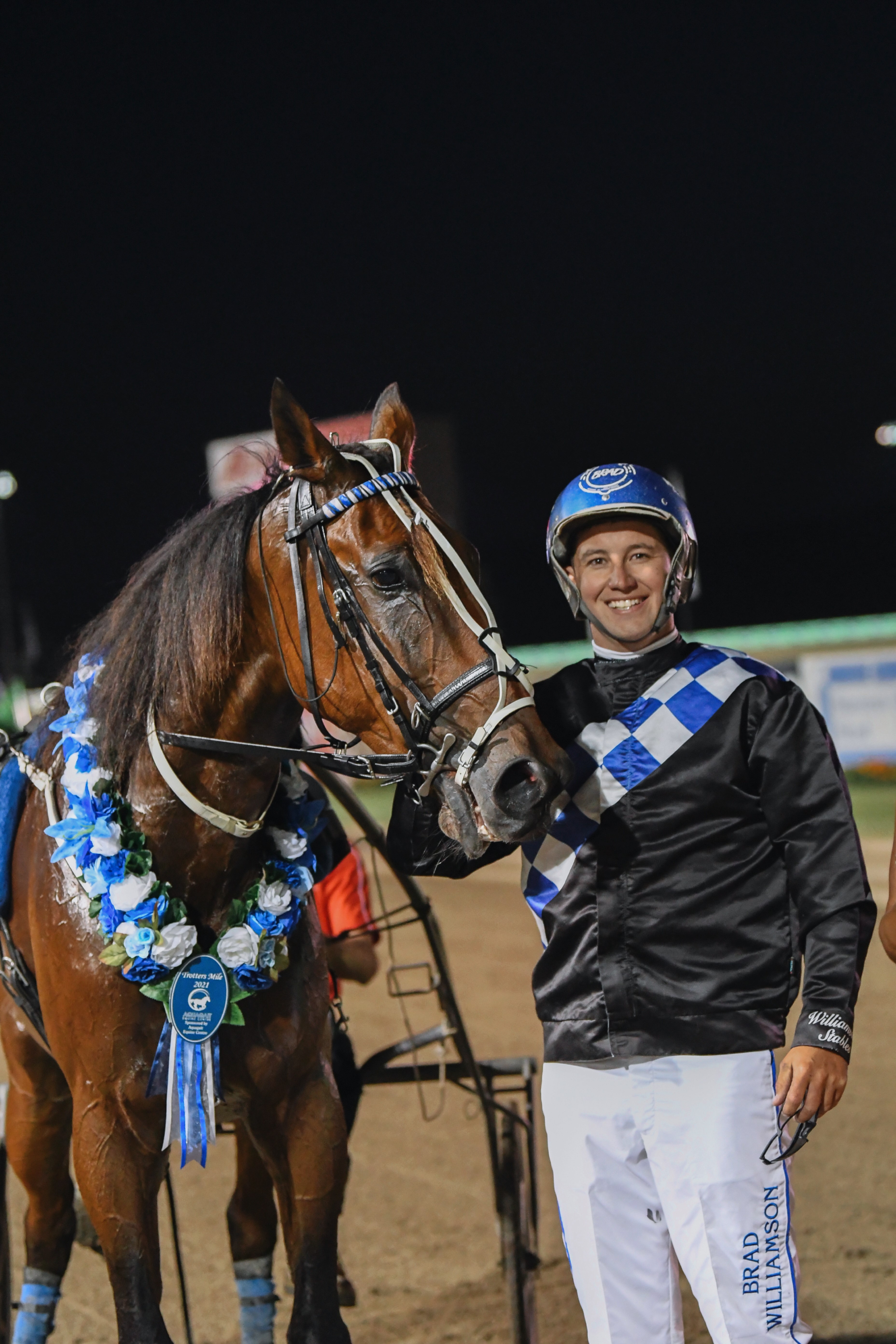 That was the simple equation when superstar New Zealand trotter Majestic Man put paid to Australia’s best trotters with a stunning win in tonight’s...

That was the simple equation when superstar New Zealand trotter Majestic Man put paid to Australia’s best trotters with a stunning win in tonight’s $50,000 Aquagait Equine Centre Trotters Mile at Tabcorp Park Menangle.
And he did it easily.
Majestic Man made it three Group 1 successes on this trip to Australia and even facing two weeks in quarantine when he heads home won’t dent the joy of showing Australia what they are up against if they have any hope of heading over there later in the year to take on Majestic Man on his home turf.
It was a race of changes and as usual it never went the way many expected when Arnold (Luke McCarthy) and Red Hot Tooth (Chris Alford) both missed away at the start while Majestic Man and Victorian visitor Pink Galahs did just the opposite.
Pink Galahs forced Brad Williamson and Majestic Man to lower the handlebars probably earlier than they had expected – or wanted to – as the pair went straight into battle when the starter said go.
Yet Majestic Man was on his best behavior and was able to hold the lead from barrier three and turned the race into a procession when he won with ridiculous ease, beating another Victorian Always Ready (Blake Fitzpatrick) by six metres, with Pink Galahs (Matthew Craven) a nose away in third place, in a 1:53.5 mile rate.
Earlier Pink Galahs became unsettled in the parade ring and almost landed on her backside when she reared up before going on to the track.
That resulted in a vet check with meant the race went a little later than expected.
But really there were no excuses for the beaten brigade . . . Majestic Man was just too strong.
“That was great and just the icing on the cake for our trip to Australia,” said Williamson.
“It’s been a really nice trip for both of us.
“It’s never easy winning Group 1s and I must admit Mark Purdon has relegated me to second place in a few of the big ones back at home in New Zealand.
“To come here and win a few is just so good and we’re over the moon with the way the horse has gone since we’ve been here in Victoria and now in New South Wales.”