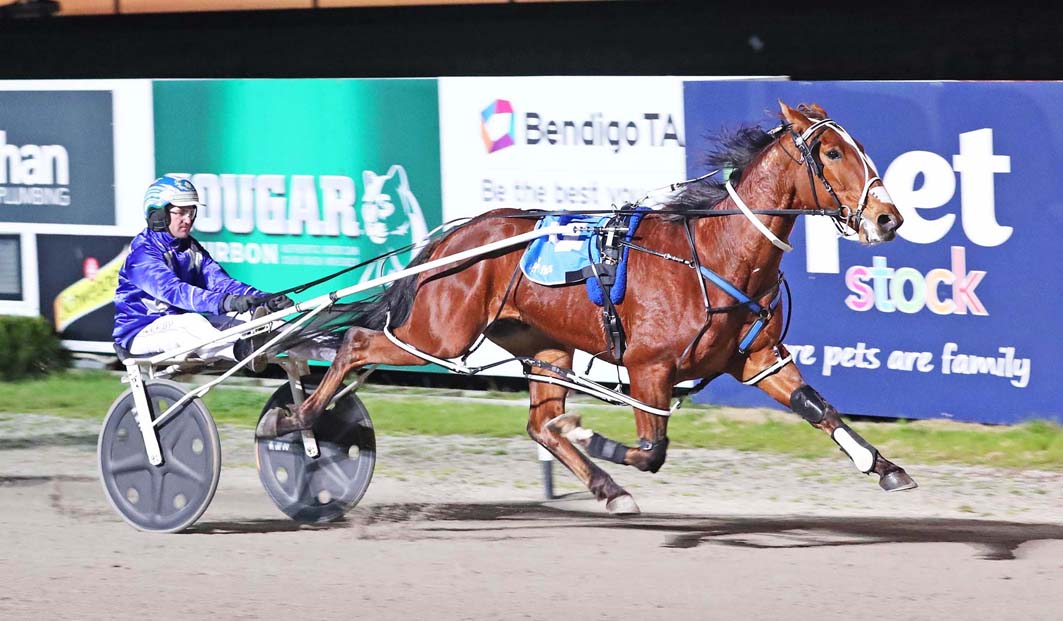 ONE TO WATCH AT MENANGLE: Sicario. PHOTO: Stuart McCormick

He has already been a good addition to the stable

AN EASY week is on the cards for Sicario following his triumph in tonight’s South Australia Cup at Globe Derby. In what was his...

AN EASY week is on the cards for Sicario following his triumph in tonight’s South Australia Cup at Globe Derby.

In what was his second start for Victorian trainer Brent Lilley, Sicario enjoyed the run of the race before dashing to a soft win in the prestigious feature.

Yet to determine the four-year-old’s next target, Lilley will give the Australian Pacing Gold graduate a freshen-up before selecting a suitable mission.

“I haven’t looked past tonight with him,” Lilley said. “He will have a week off now while I see what is around.

“Longer term he is eligible for the New South Wales Breeders’ Challenge and Breeders’ Crown, but I haven’t really worked out what is inbetween for him.

“He still lightly-assessed as a C3 so I’ll see what is around to run him through the grades.”

Driven by master reinsman Gavin Lang, Sicario began quickly from the pole but was unable to hold out Emain Mahca which crossed to the lead from barrier six.

Angled into the passing lane during the latter stages, the son of Somebeachsomewhere sprinted a two-and-a-half metre win from Dikerry, with Emain Macha battling on gallantly to be five metres away third.

“He has already been a good addition to the stable and can hopefully do a good job for a while yet,” Lilley said.

“He has the potential to be the next Messini for the stable, so hopefully that’ll be how it works out.”

Doug’s ‘fallback plan’ starting ...
Quest for Group One glory continues
Out to break drought
Mike Ko’cass finds all the winners at Tabcor...
About author