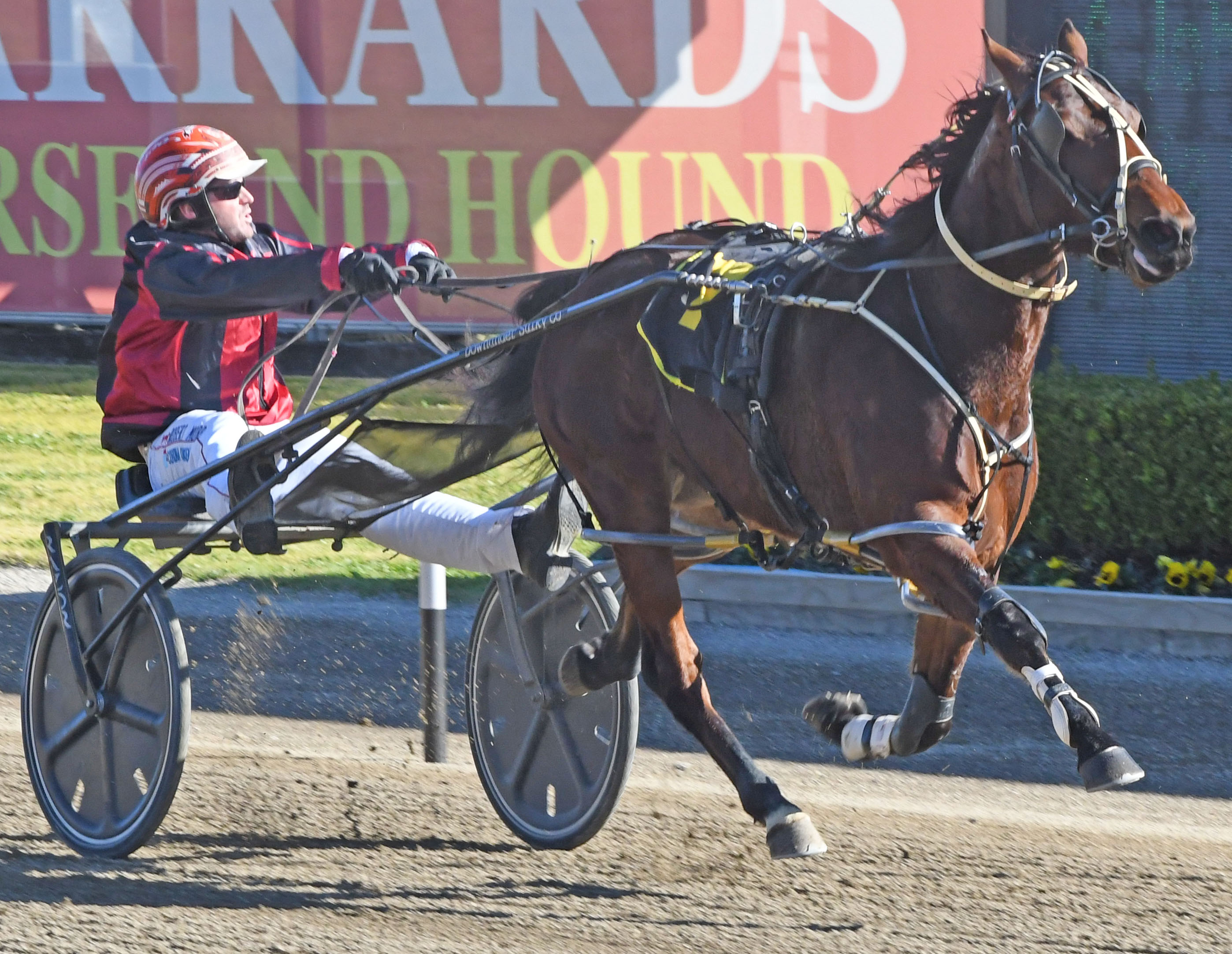 He has time on his side

HE hasn’t lost a race since he landed in this country.

Yet star four-year-old Balraj (pictured above) could firm dramatically for that race when he goes around at Menangle tonight and cracks the magical 1:50 mark for the mile for the second time in his 13 race starts.

The impressive son of Art Major went 1:49.1 in scoring a stunning 22-metre win at Menangle in August last year and has been unbeaten in three starts since then.

Trainer Anthony Simiana has taken his time bringing Balraj up for his biggest challenge and he should continue that rise towards stardom with victory at Menangle tonight when he takes on some smart pacers in Race 5, the Menangle Country Club Open.

Leading Menangle reinsman Robert Morris resumes his partnership with Balraj and the pair are unbeaten in five starts and are the shortest-priced favourites of the night, at $1.20, to continue that successful association tonight after drawing perfectly in gate three.

Another boom horse, this time a trotter in Tough Monarch, also resumes from a short let-up tonight and should return to the winners’ circle after mixing it with some of the best trotters in Australasia in Auckland at last month’s Inter Dominion in New Zealand.

That was after Tough Monarch also won the $100,000 NZ Trotting Free-For-All at Addington on his way to the Inter Dom.

Trainer-driver Rickie Alchin is now setting Tough Monarch for a crack at the $250,000 Great Southern Star at Melton in a couple of weeks and that track has proven a happy hunting ground for the consistent trotter, who has registered three impressive wins there on past visits.

Another highlight on a big night of harness racing will be the running of the $30,600 Perc Hall Free-For-All which will see a clash between two of harness racing’s big guns in Majordan and Ignatius.

Majordan resumed racing at Menangle last week and ran a strong third to Wrangler and Cash N Flow after leading and last year’s Len Smith Mile winner is bound to be improved by that run – his first since July last year.

Likewise former Tasmanian pacer Ignatius returned to something like his best form with a commanding performance to score at Menangle two weeks ago and his trainer-driver James Rattray will consider a trip south for the A. G. Hunter Cup at Melton should Ignatius add to his imposing record of 19 wins from just 31 starts.

Looking for a treble at ‘Headquarters’
Turner’s looking for new blood to salute
Finding all the winners for Menangle Saturday nigh...
Here’s your specials for Menangle, Kilmore
About author