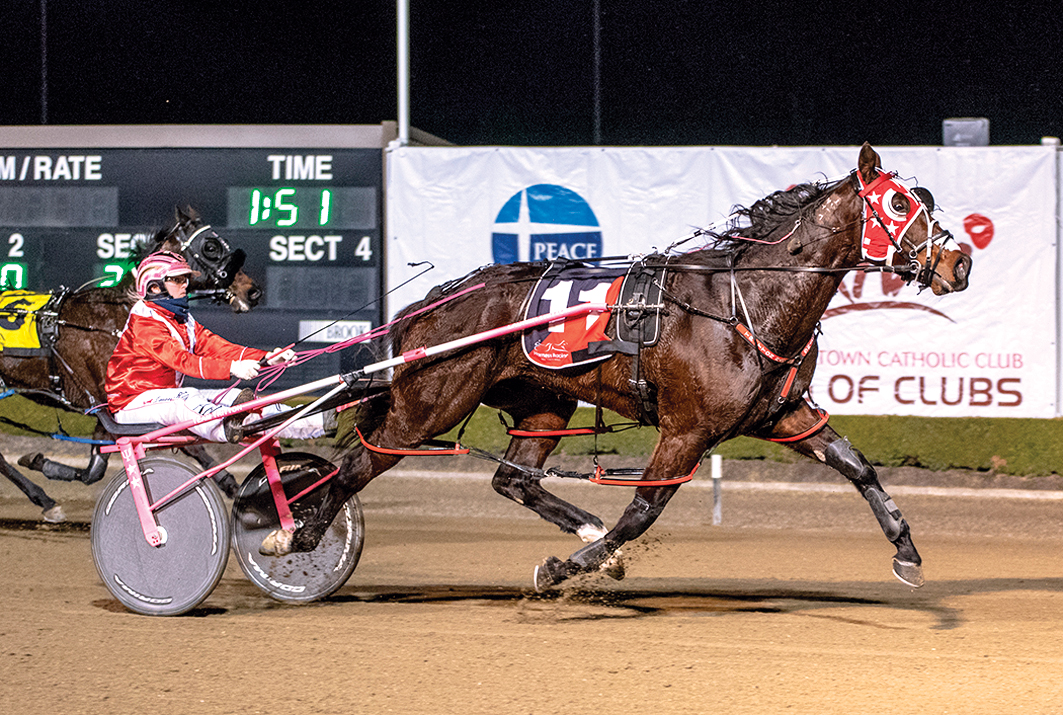 He is a pure excitement machine….

IT’S fair to say Shane Tritton is pretty excited by his latest stable acquisition! Having phoned him this morning to discuss Saturday night’s Tabcorp...

Having phoned him this morning to discuss Saturday night’s Tabcorp Park Menangle meeting, Tritton was more interesting in talking about a youngster named Gods Spirit.

Winner of his only start before arriving from New Zealand, Gods Spirit trialled around Menangle yesterday, where he stopped the clock in 1:51.6 under a firm grip by co-trainer Lauren Tritton.

“He is a pure excitement machine,” Tritton said. “He won by 10 metres yesterday in a quick time and wasn’t out of second gear.

“He had eight trials in New Zealand and won them as well. I’m looking forward to him racing and showing what he can do as he gains more experience.

“We will race him through the grades during the next six month, with the Chariots Of Fire the only target set out for him.”

As for this weekend’s program, the Trittons will tackle the Mount Eden Four-Year-Old Stake with Gotta Go Ya Hu and Corbie Jolt.

Winner of his last two starts, Gotta Go Ya Hu is the early favourite from the pole, with his stablemate among the outsider from barrier seven.

“We have been sitting Gotta Go Ya Hu up lately, but he has drawn to be driven that way,” Tritton said. “From the pole he will be pushed forward to lead.

“Has won the majority of his races in front, so with barrier one, we will be using it.

“Corbie Jolt is going along alright and is better suited to the mile, but he is below a couple of them and drawn tough.

“He will need luck, but this is racing and you never know how it can unfold.”