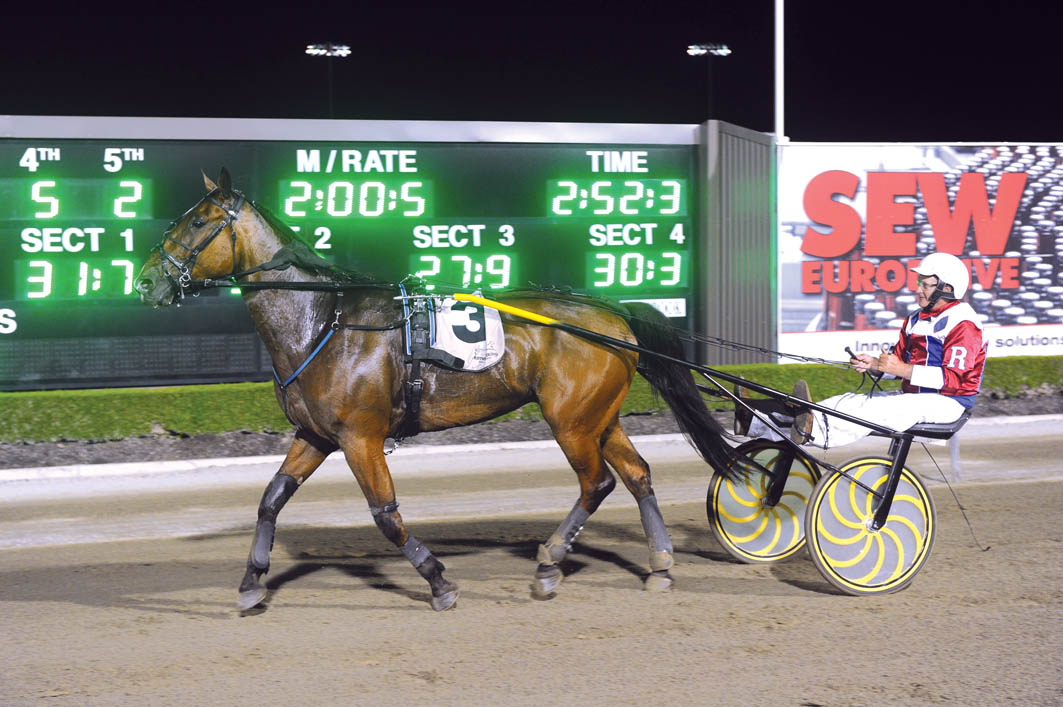 Heading back to the future

IN LESS than three weeks Tasmania will welcome a new old concept into the fore. After a 90-year absence, trotters are set to compete...

IN LESS than three weeks Tasmania will welcome a new old concept into the fore.

After a 90-year absence, trotters are set to compete on the Apple Isle thanks to the forward thinking work from Tasracing, led by its chief executive Vaughn Lynch.

In December 2016 Yankee Avenue beat the opposite gait on King Island, making the gelding the first trotter to win on that side of Bass Strait since Elmo Raid in 1957.

Yankee Avenue was also successful on King Island in December 2017.

It is Tasracing’s deal with Victorian-based establishment Yabby Dam Racing which led to the re-emergence of squaregaiters in the state.

The first trotting race is scheduled to be conducted in Hobart on July 1.

“Trotting is the most popular gait internationally, especially throughout France and in Scandinavian countries where they race trotters exclusively,” Lynch said.

“It is an important step forward for the local industry. We are confident this will give Tasmanian harness racing the opportunity to be exported around the world.”

One participant who is approaching the new avenue with anticipation is veteran horseman Barrie Rattray.

Among Tassie’s top trainers and drivers for decades, Rattray has reached just about every pinnacle in his home state – but is yet to prepare a trotter.

Rattray is no stranger to driving squaregaiters, however, with his last racing experience with the gait resulting in a win behind Mister Elwood at Tabcorp Park Menangle in December 2015.

“It’s a good concept and I hope it can get off the ground as it gives trainers in Tasmania an extra option,” Rattray said.

“It can also prolong the careers of trotters which may have reached their mark in other states similar to the way it has with pacers for many years.

“With any concept you’ve got to embrace it and give it time to grow.”

“Trotters are one of the growth areas of harness racing,” Rattray said. “Some states are even referring to the industry as ‘the trots’ again as oppose to harness racing.

“Having trotters back in Tasmania has potential for growth, which can only be a good thing, and to shut your eyes to that would be close minded.”

Rattray’s initiation into racing a trotter will come via Our Summer Vacation, which is on target to compete on July 1.

“James (son) had him in New South Wales and with trotting returning to Tasmania if was felt he is the perfect candidate to test the water,” Rattray said.

“He is coming along nicely and will be ready to race in the opening trotting event.”