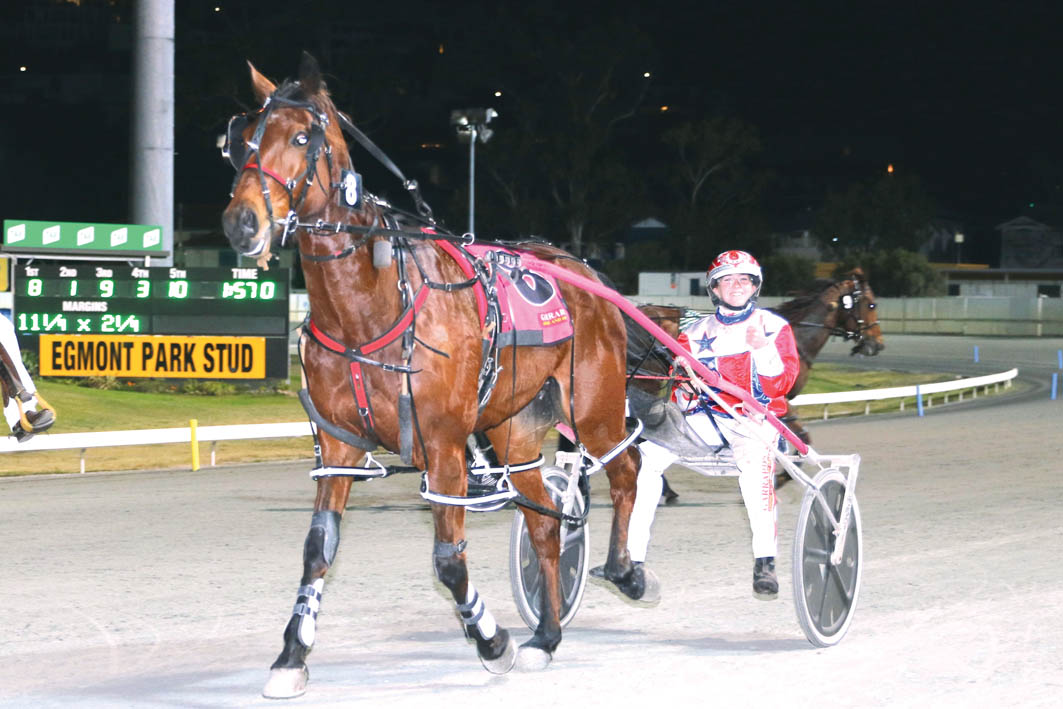 YOUNG horsewoman Taleah McMullen is set to embark on a working holiday. Crossing the border into New South Wales, the Queenslander will spend nine...

YOUNG horsewoman Taleah McMullen is set to embark on a working holiday.

Crossing the border into New South Wales, the Queenslander will spend nine days interstate as she looks to enjoy some success at Tabcorp Park Menangle.

Along with a member of her stable, McMullen will be caretaker for the Ryan Veivers-trained Ima Top Typhoon.

Veivers is the partner of McMullen’s sister, Dannielle.

“I’m leaving on Thursday and will stay for next weekend’s racing as well,” McMullen said.

“I’ll have two horses to work, so it will be a nice easy week…bit of a working holiday.”

As fate would have it, Ima Top Typhoon is in the same race as McMullen’s representative – Tommy Under Fire – on Saturday night.

Ima Top Typhoon has fared better in barrier three, with David Morris engaged to drive the son of Somebeachsomewhere.

Tommy Under Fire received gate nine, but slots into eight as a result of a scratching.

Racing in top form, the gelding has won four of his last five starts.

“He’s in pretty good form and racing well,” McMullen said. “Hopefully he can take that form with him to Menangle.

“I don’t think the draw will really worry him as he doesn’t have much gate speed and is best when sitting off the speed.

“Going back and running home is what suits him best.”

Perfect Christmas gift – without the hassles...
Late bloomer to maintain perfect record
From forgotten horse to Grand Circuit candidate
Sure was a night to remember
About author