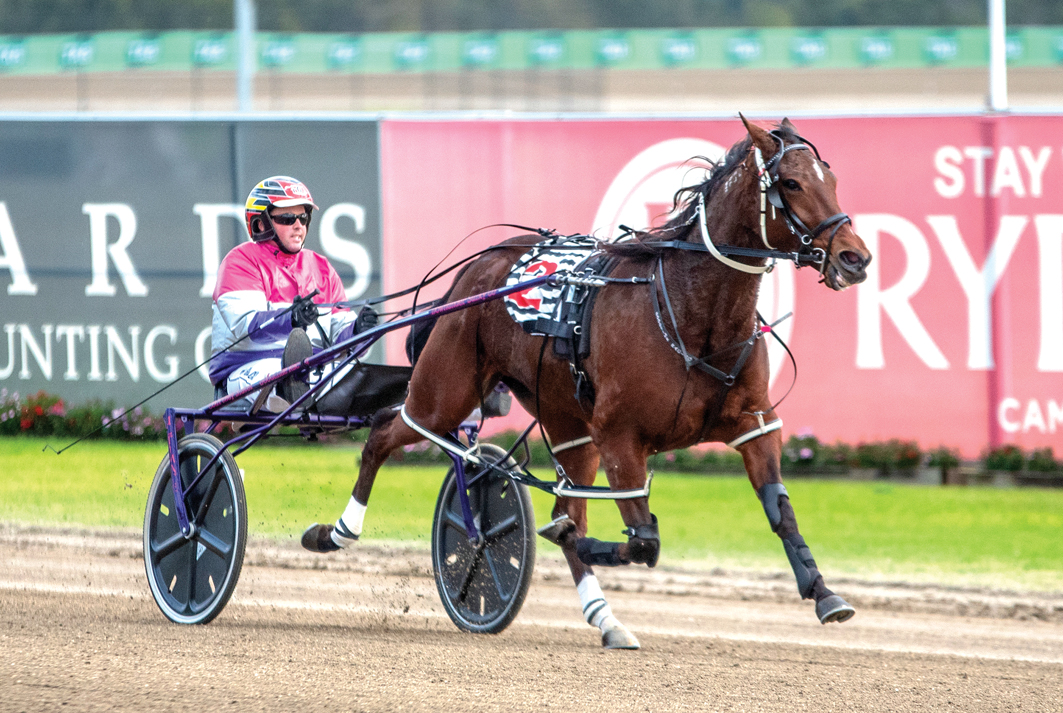 Heaven continues rise to the top

VICTORIAN raider Goodtime Heaven continued her rise to the top with a slick win at Tabcorp Park Menangle tonight. Stretching her record for the...

VICTORIAN raider Goodtime Heaven continued her rise to the top with a slick win at Tabcorp Park Menangle tonight.

Stretching her record for the season to an impeccable seven wins from eight starts, Goodtime Heaven registered an easy victory in a New South Wales Breeders’ Challenge semi-final.

With Glen Craven holding the reins, the daughter of Rock N Roll Heaven worked to the lead from barrier eight before scoring by five metres from Red Charmer, with Black Silhouette a neck away third.

“It was such a good run,” trainer Courtney Slater said. “She has been doing a great job all season and we still haven’t gotten to the bottom of her.

“She did it easily tonight without Glen even pulling the plugs, which he is still yet to do in her races.”

Purchased by Slater’s father, Ian, at the 2016 Sydney Australian Pacing Gold Sale, the three-year-old covered the mile in 1:52.8, with her time 1.4 seconds quicker than Redbank Addi in the opening semi.

“Dad picked this filly as the one he wanted before heading to Sydney and came home with her,” Slater said. “Along with the hope she would be a nice race mare, Dad also saw her potential as a broodmare later on.”

Trained by KerryAnne Turner and driven by her partner Robbie Morris, Redbank Addi caused an upset when accounting for Rocknroll Pearl and Callmequeenbee.

Also an APG purchase by Rock N Roll Heaven, Redbank Addi secured her heat at Menangle a fortnight ago.

“Redbank Addi is the one to beat in the Final,” Slater said. “She is a nice filly, in good form and has drawn a lot better than us.

“She will come from barrier four, while we’ve got to hope for luck from 11.

“The draw makes it tough, but for now I’ll just focus on keeping my filly happy and healthy before the Final.

“I’ll have her as good as she can be for the race, then it’s up to Glen and how the race is run on the day.”

Ideal draw to maintain perfect season
Victorians add a touch of glamour to Oaks night at...
Setback just part of racing
IT ALL COMES DOWN TO THE BARRIER DRAW
About author