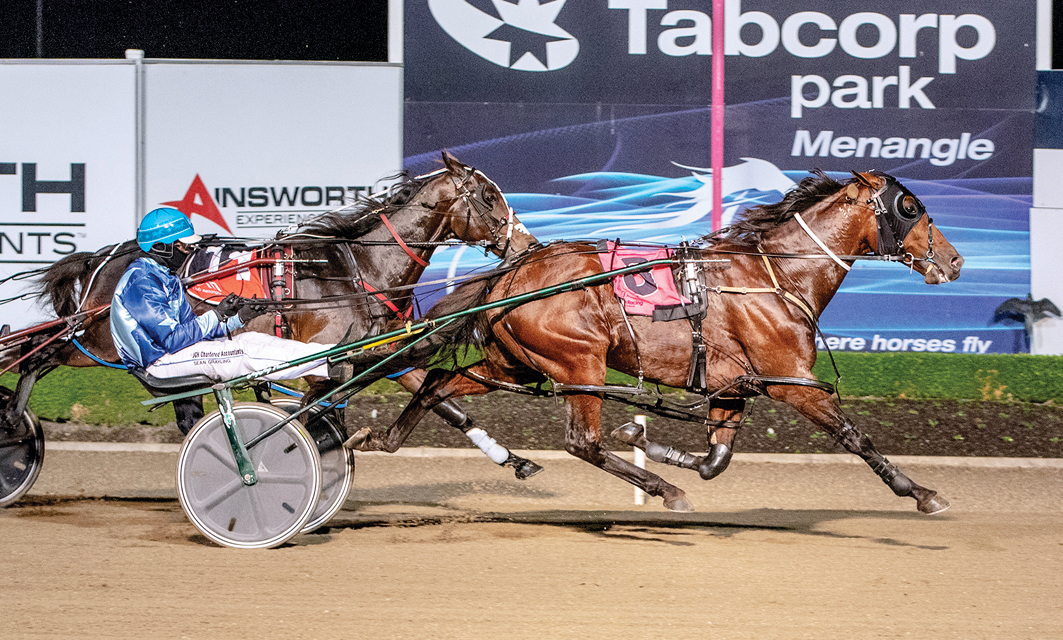 Heaven to continue rise to the top

IN-FORM pacer Match In Heaven is expected to continue his climb to the top despite another wide draw at Tabcorp Park Menangle on Saturday...

IN-FORM pacer Match In Heaven is expected to continue his climb to the top despite another wide draw at Tabcorp Park Menangle on Saturday night.

Boasting four wins from his last six starts, Match In Heaven is being primed for next month’s Len Smith Mile, which doubles as his ‘big time’ debut.

The Group One is scheduled to be conducted around the world class 1400-metre circuit on July 1.

Should all go according to plan, Match In Heaven will then head across the border to tackle several features during Queensland’s Winter Carnival.

“I couldn’t be happier with the way he is going at the moment,” trainer Paul Fitzpatrick said.

“If he keeps going the way he is, and I can’t see any reason why he won’t, we’ll be looking at the Len Smith Mile with him.

“The Queensland Winter Carnival is also in the pipeline, but I will play it by ear for now.

“I want to give him a month off somewhere along the way as the Inter Dominion later in the year is the long term aim with him.”

As for his pending assignment, Match In Heaven will begin from the outside of the front row in the J D Watts Memorial.

Despite the difficult draw, Fitzpatrick is confident the son of Somebeachsomewhere will thrive under the conditions.

“He’s been drawing wide because of the handicapping up here and still been able to win or run top races, so hopefully he can do it again,” Fitzpatrick said.

“He won over the mile last week, but also scored over 2300 metres the start before…he is very versatile.

“It’s over 2300 again this weekend, which will suit him as he enjoys running over a bit more distance.”

McCall happy to go ‘bush’ for change
Look out fellas Jenden is coming for you!
Is she the best since Gramel?
‘Mr Inter Dominion’s’ Miracle Mi...
About author