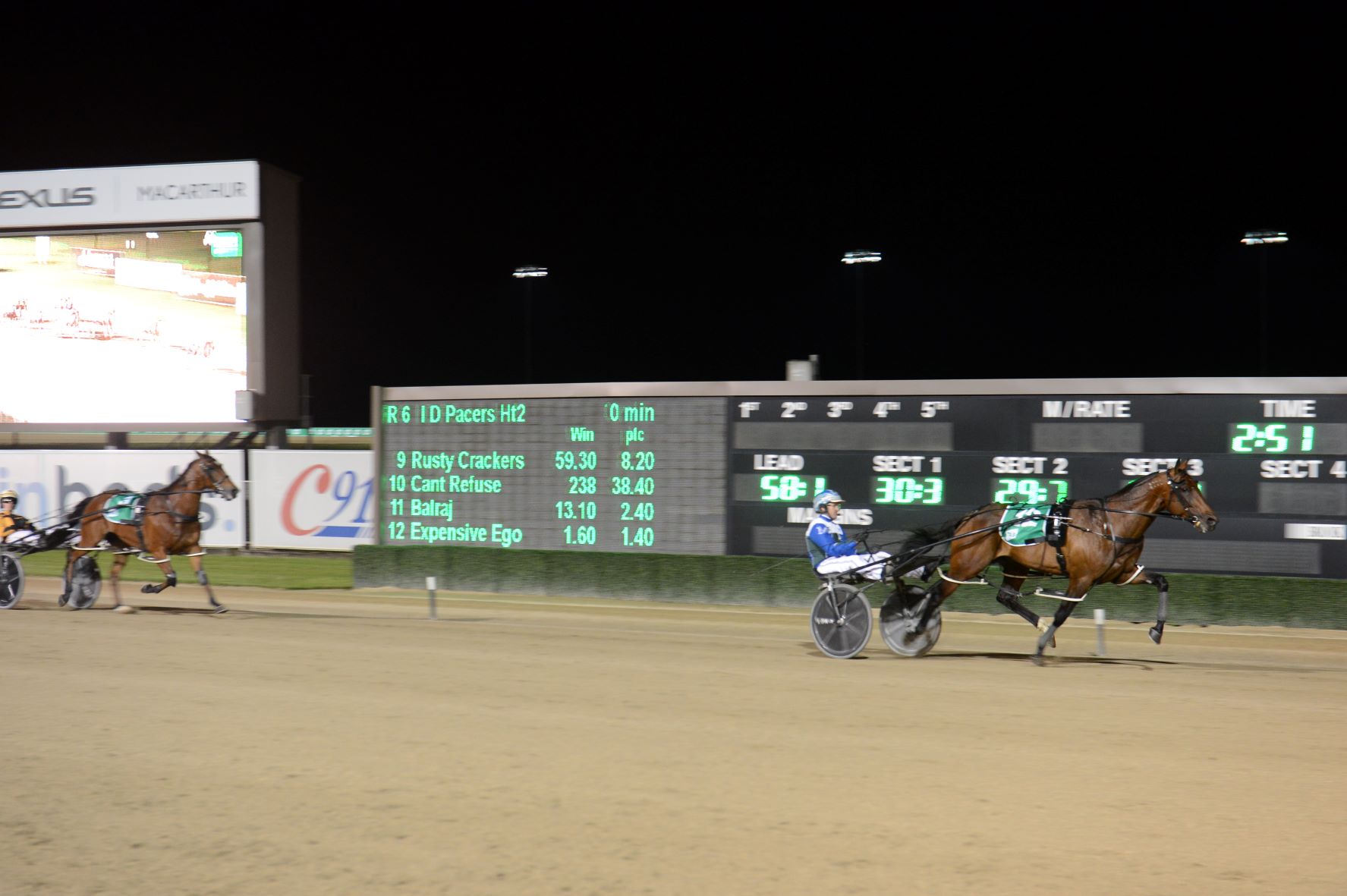 Here’s a serious danger to the King

Expensive Ego8
INTER DOM HEAT 2 IF THERE is a serious danger to King Of Swing in this TAB Inter Dominion, Belinda and Luke McCarthy don’t...

IF THERE is a serious danger to King Of Swing in this TAB Inter Dominion, Belinda and Luke McCarthy don’t need to look too far . . . he’s in the next stable.

Expensive Ego was just as impressive as his favoured stablemate as he walloped a strong field in the second Inter Dominion heat at Tabcorp Park Menangle tonight.

Both these super pacers are well on track for the final after scoring maximum points on the first night.

Yet there is little chance Luke would give up the drive on a horse he rates the perfect professional, King Of Swing, despite coring a 12-metre win over another of their stable stars Alta Orlando (Jack Callaghan), with Balraj (Jck Trainor) three and a half metres further back in third place with the winner rating 1:55.3 over the 2300m journey.

Luke was quick to acknowledge Expensive Ego’s class, however:

“He’s just a great horse; he has no bottom to him and he’s still learning what it’s all about,” said the champion reinsman shortly after winning his second heat in the space of 40 minutes.

“He’s the type of horse that can goof around a bit, but he was really switched on tonight.”

McCarthy also declared that Expensive Ego would have no problems getting through the gruelling series of three heats and a Grand Final in the space of 15 days.

“When this horse won the Chariots Of Fire at the start of the year he actually raced five weeks in a row and he just got stronger with each run,” he said.

“He then came out and went 1:48 in winning the Chariots so going on that form line I am confident he will have no problems getting through this Inter Dominion and be there when it matters.”

“He drove him in the Miracle Mile and he has a nice affiliation with this horse and at this stage we’ll look at him driving him in the final,” he said.

Moran still gets his shot at a Miracle
Ego’s aside – he’s ready for a b...
SAM NABS FINAL SPOT IN GRAND FINAL WITH MIGHTY SEC...
NO EGO ABOUT IT . . . HE’S A STAR
About author